Young people will decide the future of Colombia

If Gustavo Petro wins the presidential elections in Colombia today, the ten-meter sculpture erected at the so-called "point of resistance," at a crossroads of jammed streets in downtown Cali, may become a political pilgrimage destination. 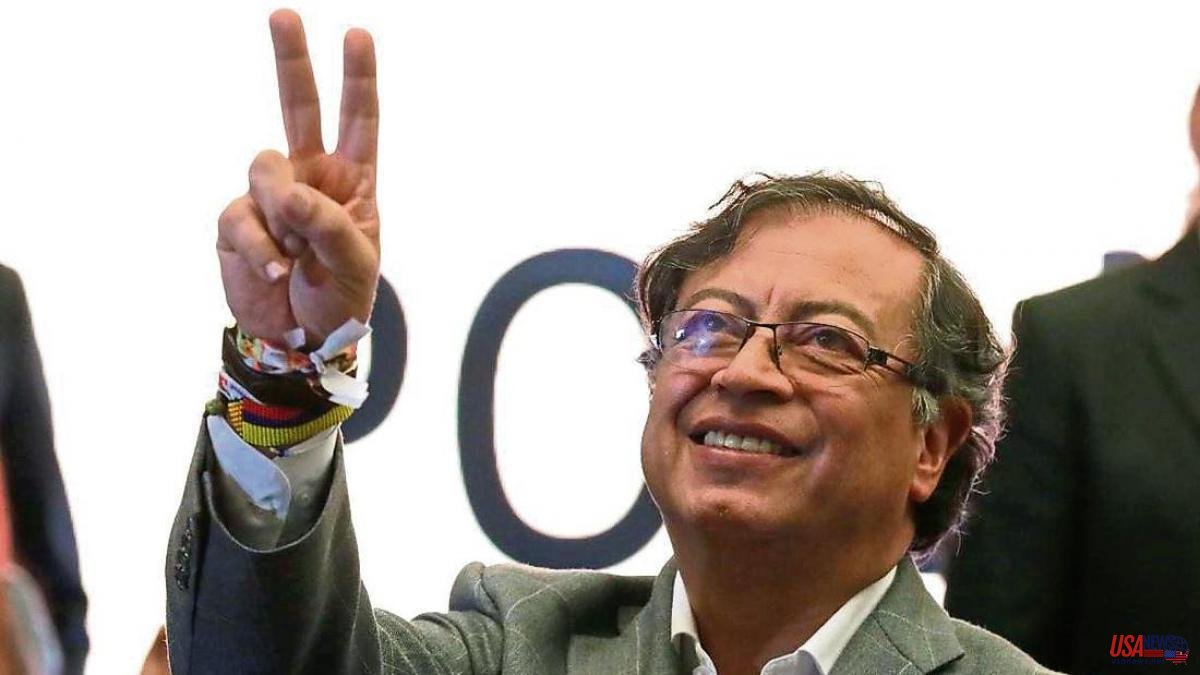 If Gustavo Petro wins the presidential elections in Colombia today, the ten-meter sculpture erected at the so-called "point of resistance," at a crossroads of jammed streets in downtown Cali, may become a political pilgrimage destination.

Made of concrete and decorated with the portraits of martyrs of the social outbreak in Cali and other Colombian cities in the spring of 2021, it represents a hand holding a huge sign that says: "Resist."

Aware of the danger of being too identified with the young protesters who blocked access to Cali, Bogotá and other cities during the 2021 demonstrations, the historic leader of the Colombian left kept his distance from the protests against a regressive tax reform that shook Colombia.

But Petro is the candidate for change that is claimed in the streets of Cali. After a long journey through the desert, in which the presence of the FARC guerrillas made it almost impossible for the left to come to power in Colombia, 40% of voters – and almost 70% of young people – supported the alliance broad Historical Pact, led by Petro, in the first electoral round, on May 29.

Next to the imposing sculpture, an electoral pamphlet with the portraits of Petro – former mayor of Bogotá – and his vice-presidential candidate, the young Afro-Colombian mother Francia Márquez, from the rural municipality of Suárez, announces: “Change”.

Today it will be seen if the wave released by the protests in the youth electorate carries Petro, 62, to the presidency. Or, on the other hand, if the fear that spread through other segments of the electorate during the so-called National Strike, allied with the historical misgivings of the Colombian middle classes regarding the left, ends up giving the advantage to the conservative and the former mayor of Bucaramanga Rodolfo Hernández, 77 years old.

"The outbreak raised awareness that will help Petro, but there are still people who are fearful, and the State is exploiting this," said one of the women who were selling souvenirs of the outbreak next to the sculpture that has replaced the old statue in the tourist circuit of Cali. of the conqueror Sebastián de Belalcázar, shot down by the indigenous guard during the protests.

In a country divided into two equal parts, what will decide the outcome of these elections is the participation of young people in peripheral regions such as Cali and the Pacific, or Barranquilla on the Atlantic coast, as well as in the popular neighborhoods of Bogotá and Medellín.

If Petro mobilizes more youth and voters in the outlying regions and neighborhoods, it will win. If Hernández wins the anti-Petri vote in the first round – that of Federico Fico Gutiérrez, the candidate of former President Álvaro Uribe, with his fiefdom in the middle classes of Medellín, and of the centrist Sergio Fajardo – Petro will be frustrated in his third bid for the presidency. It is a new variation of the famous Latin American division of center and periphery.

The latest polls predict a tie. According to the presidential Tracking poll of the RCN channel, 68% of young people will vote for Petro, while 65% of those over 55 will vote for Hernández.

There are signs in favor of Petro. The appeal of little-known Hernandez in the first round has been undermined by his reluctance to debate Petro apart from the attacks on social media or the huge billboards on the streets of Cali with the old warnings against the left: "There was also a change in Venezuela”, prays one.

For their part, certain centrist politicians have realized that going against the will of millions of young people is not a good strategy. "Colombia is the only country in Latin America that has never had a government of the democratic left and for people under 30 years of age, support for Petro is overwhelming," said Juan Fernando Cristo, former interior minister in the government of Juan Manuel Santos. "These young people and the people from the conflict regions on the periphery deserve that their illusion of change be made way," he added in an interview with La Vanguardia.

Since Petro only has to add ten percentage points to the 40% he garnered in the first round –compared to Hernández's 28%– any loss in the transfer of Fico or Fajardo's votes to the conservative candidate can deliver victory to the left.

The majority of voters in Cali and the rest of the western south – one of the regions most affected by the internal war between paramilitaries and FARC splits – applaud Petro's commitment to implement the Havana peace agreement once and for all. that the current government has sabotaged.

But even in Cali the strong polarization around the figure of Petro is palpable, who 40 years ago worked as a guerrilla in the M19, a more symbolic than violent guerrilla.

In the popular market, the Almond Gallery, the division could be verified. “I can't vote because I'm a minor but I would have voted for Petro,” said David Ruiz, 17, who sold bananas and the local native fruit chontaduro. "The social explosion here was the opening of the eyes of the people," he added.

For others, the memories of the blockades of the social outbreak are not good. “They handcuffed us in the National Strike and did not let us work; a change is needed, but it's not Petro's,” said the owner of the Tolima restaurant in the market where people ate tripe soup and tamales. He is about 50 years old and will vote for Hernández.