You will delete tilde from

Laura Borràs has appeared this Thursday just after being suspended as president and deputy of the Parlament for just over half an hour and has accused the five members of the Bureau, the institution's governing body, of being "hypocritical judges". 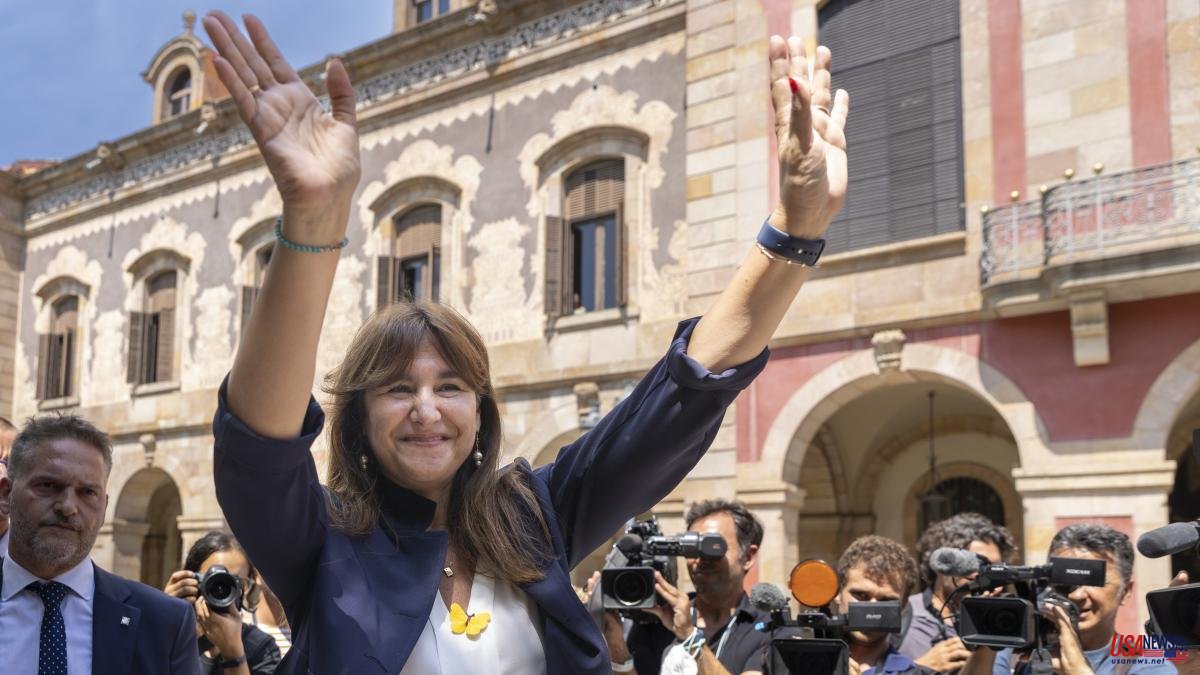 Laura Borràs has appeared this Thursday just after being suspended as president and deputy of the Parlament for just over half an hour and has accused the five members of the Bureau, the institution's governing body, of being "hypocritical judges".

During her speech, she pointed out the five deputies "with names and surnames" who had voted in favor of her suspension, and stated that they were "synchronized" with the judges since she had received the notification from the Superior Court of Justice today Catalonia (TSJC) as an oral trial is opened to be tried for the crimes of prevarication and false documentation

"Today they have not come dressed as deputies, they have come dressed as hypocritical judges to separate me from politics", highlighted the president of Junts per Catalunya. "They have applied the enemy's regulations", she added after her in reference to the "criminal law of the enemy".

His speech took place in the hearing room of the Catalan Chamber, where presidents normally appear in institutional declarations. He had agreed in advance with the rest of the political groups, in the same way that Borràs has left the Parliament in the official car.

As of today, the institution has entered an unprecedented scenario with the application of article 25.4 of the Chamber's regulations, which decrees the suspension of the duties and rights of parliamentarians who face oral proceedings for crimes related to corruption, such as it is, in this case, that of prevarication.

Borràs has pointed out that despite the suspension approved by the members of the Esquerra Republicana, PSC and the CUP, she will not "resign", and has stressed that the Parliament will remain in a "forced" interim situation. "In addition to defending my innocence and honor, I force an interim situation," she said. She, right after, said that she will not make "any facility for her repressors and her accomplices." "I know who the adversary is and I know who the ally has to be," she concluded.

"I do not resign, I do not bend, they have not won. I continue to affirm that there is no more beautiful and noble objective than the full freedom of my country. My rights and the rights of each and every one of the people who voted for me are violated," affirmed the leader of JxCat, who has referred to article 25.4 as an "infamous article that violates fundamental rights and generates legal insecurity". In addition, in relation to the other formations with representation in the Table, she has pointed out that they are "executive accomplices" of the "dirty war". "Totally free and unnecessary."