“When Pablo Iglesias made the decision to appoint Yolanda Díaz as his successor, the common people found it done; They didn't know anything,” says a collaborator of the vice president. 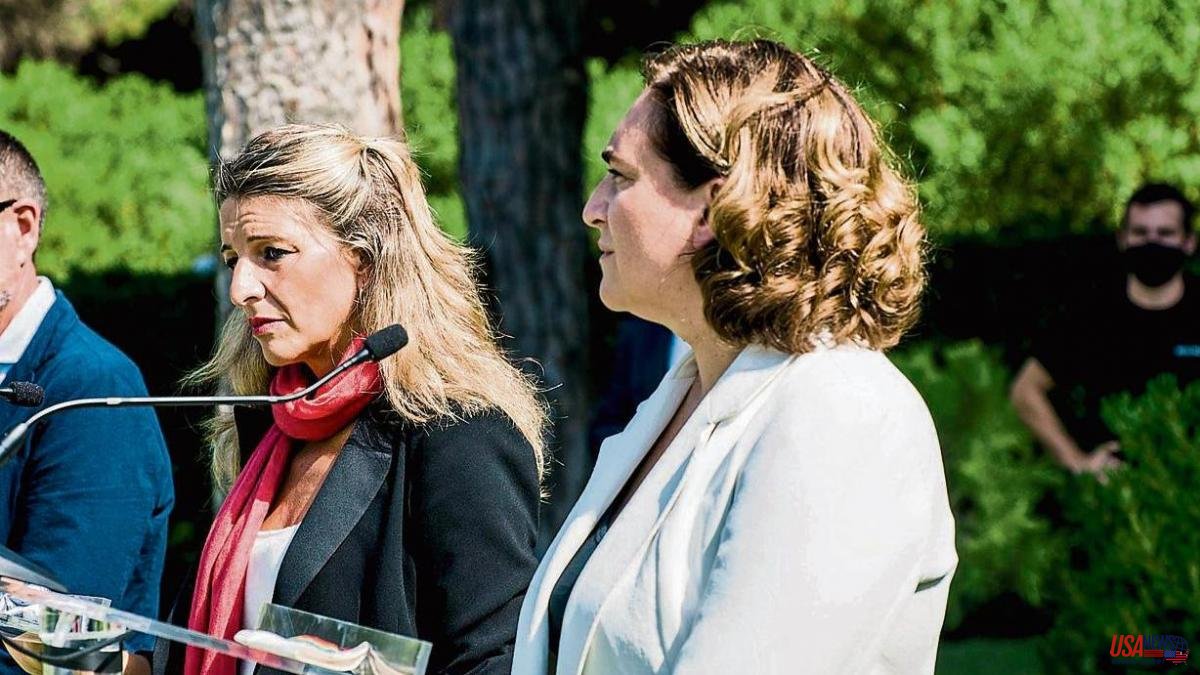 “When Pablo Iglesias made the decision to appoint Yolanda Díaz as his successor, the common people found it done; They didn't know anything,” says a collaborator of the vice president. Today, those of Ada Colau and Jéssica Albiach are the strongest asset that the vice president has for Sumar, with which she intends to promote a process of "listening" with civil society.

Later, Díaz will have to decide whether to convert Sumar into a political party and whether to run for president.

"The commons saw the opportunity to have a more normal and correct relationship" than the one they had had with Iglesias. With the former vice president and former leader of Podemos "there were political disagreements, tensions, interference, vertical decisions...", recalls this same source who points out that the commons have "a political interest" in this alliance of convenience with Sumar.

The truth is that this loyalty is based on a strategy based on mutual benefits. The vice president needs to forge alliances for her cause with the peripheral leftist movements, such as the Compromís, Galicia in Common Equo or More Country, and it is good for these to have influence in Madrid and strengthen themselves against their respective direct rivals (ERC, Bildu, BNG…) which, in turn, can subtract votes from Sumar in the respective territories.

In Catalonia, the commons are the most consolidated party of the confluences that emerged at the boil of 15-M. They govern in Barcelona, ​​have a solid presence in Congress, in the Parliament and in the European Parliament and enjoy a stability that is far from other territorial factions.

But their offer fails to make the leap that allows them to overcome their direct rivals, which are the ERC and the PSC. And beyond Barcelona, ​​they have not managed to progress adequately on the local field.

Díaz's project can boost the commons in Catalonia, which is why ERC has put the vice president in its sights. In fact, this was one of the many reasons that led Republicans to vote against the labor reform that her department had promoted, according to some sources.

In addition, ERC wants to gain prominence in the municipal area of ​​Barcelona, ​​where Díaz's project may be very well received. "That's why they attack her," explains a person in charge of the commons who remembers Pedro Sánchez's last reply to Rufián in Congress: "What an obsession you have with the second vice president of the Government!", snapped the president.

For the commons, it is important that Díaz creates "the decentralization of the State", as opposed to the "more centralist" vision proposed by Podemos. "It draws the country we want better from practice, while with Iglesias it was from an ideological concept," another leader differentiates.

There are also organic and even affective reasons to support it. With it it will be "easier to set up a confederal space" than now, "which recognizes more the role of territorial organizations", they point out. And the wounds caused by the breakup of Íñigo Errejón –with strong ties in Catalonia– and Iglesias still have to be healed. They also highlight that the personal relationship between the vice president and the mayor is good.

Díaz values ​​the weight of the commons, but sources from his environment assure that the vice president "does not marry anyone." In the hard core of the vice president are Catalan collaborators linked to the commons with a diverse profile, such as Ramón Luque, adviser from IU; Josep Vendrell, his chief of staff, from the commons; Xavier Domènech, who left his posts in 2018 due to his differences with the party, or the MEP Ernest Urtasun (ICV).

However, Díaz's adventure does not start from an easy position. The successive electoral bumps, especially the one suffered in Andalusia and the resignation of Mónica Oltra de Compromís from all his positions in both the Valencian Community government and the party, do not benefit him. Nor do the continuous tensions with Podemos.

At Podem, they are cautious when evaluating these alliances. They say that Díaz “has started the house from the roof”, with a “listening” process, instead of putting “a differential political project” on the table. And they refer to the polls, which place them far from the 13% of votes in the last elections.

"If it is necessary to reconstruct the space of 20% of 2015, as Jean-Luc Melenchón has done in France, it cannot be done only with the commons", they say in Podem. They also point out that Díaz "is relying on people who have no political future."