The lefts play it in Andalusia next 19-J. 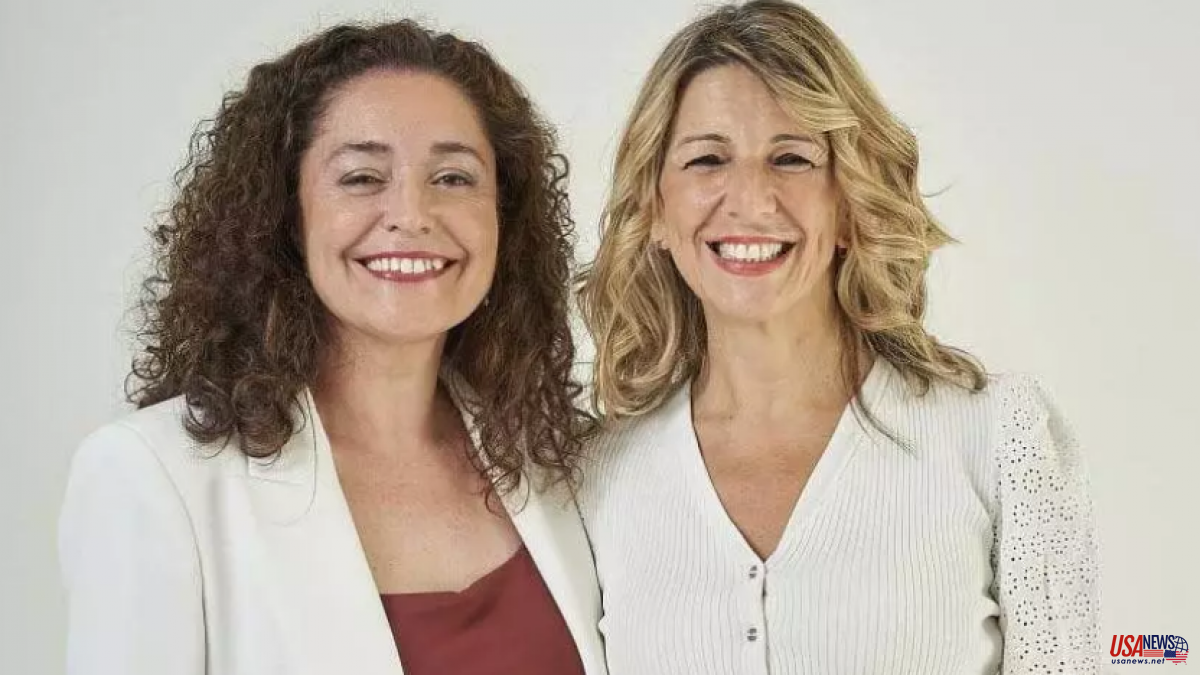 The lefts play it in Andalusia next 19-J. Knowing that the polls give the victory to the PP-A of Juanma Moreno and that they leave it only 6 seats away from obtaining the absolute, according to the latest barometer of the Andalusian CIS, they have to put all the meat on the grill during the campaign to counteract the force of the right, where Vox, in addition, is experiencing a great boost.

The popular ones, according to the prediction of the polls, would add more than all the votes of the left together (PSOE-A, Por Andalucía and Adelante Andalucía), for which it seems necessary to have the support of the great figures of these formations to give a push to the electorate and get the balance to lean on their side.

And in it is the confluence Through Andalusia. The candidate for the presidency of the Board of the newborn party, Inmaculada Nieto, will be backed by the ideologue of the "broad front" and Minister of Labor, Yolanda Díaz, who will participate in two acts in the middle of the campaign. It will be in Córdoba (June 11) and Seville (June 14) when both leaders share the stage and photo.

Andalusia continues to be the testing ground for matches with a national entity. The scenario that occurs here after June 19 could be extrapolated to the one that occurs after the general elections that should be held, in principle, in 2023. For this reason, all the parties are attentive to what happens in these elections to draw their own reading. Núñez Feijóo, a leader in Genoa, lives closely the pre-campaign events of the Andalusian popular leader, Juanma Moreno. At the moment, they consider that it is feasible to achieve that "broad majority" to govern without having to be forced to come to terms with Vox, a party that is gaining more momentum every day.

The ultra-nationalists, led by Macarena Olona, ​​are already exercising from the vice presidency and managing some of the councils of the Board. It was announced by Santiago Abascal, who warned Moreno that they would not give their support to the PP “for free”, not even their abstention in a hypothetical act of investiture would be at zero cost.

For its part, the PSOE-A of Juan Espadas, according to the results published by Centra, could hardly keep the parliamentarians they had in this legislature, and they predict a bad result, the worst in the history of Andalusian socialism. The general secretary and candidate to preside over San Telmo, who apparently has not achieved that "regeneration" he was looking for when he was appointed head of the group in Andalusia, knows that either the parties on his left manage to garner the support of the public and he opens up the possibility of a pact with them, or there will be a right-wing government in this land for the next four years. Moreover, his failure would be a blow to Pedro Sánchez, president of the PSOE, who personally opted for his appointment in order to remove the acronym from the ERE corruption plot that already affected his predecessor, Susana Diaz.

And on this board, the birth of the confluence of the left for Andalusia (coalition of Izquierda Unida, Equo, Más País Andalucía, Initiative of the Andalusian People and Podemos Andalucía along with Alianza Verde) burst forth. The beginning of its filming was full of tensions and mistrust between IU and Podemos, to the point that the purple formation is not registered in the brand registry, although they are part of the project. Headed by Inmaculada Nieto (IU), relations between parties were about to break due to the appointment of the candidate to participate in this race to the San Telmo Palace. It was the intervention of Minister Yolanda Díaz that brought peace to the confluence, betting on Nieto against the Podemos proposal, but since then she has kept her distance from Seville.

However, his “broad front” project, from which the PorA union of the lefts was born (except for Adelante Andalucía), also faces examination in mid-June. If she managed to remain "outside" of what happened in Castilla y León, her attitude will be different in the Andalusian community. Her presence, admired and reviled in equal parts by locals and strangers, becomes almost essential to give a boost to the confluence.

Between Díaz and Nieto there is a great complicity, proof of this are the images of both in different acts. It was at the Seville Fair where they were seen together after overcoming the setback of the registration in the Electoral Board that left Podemos out.

The Second Vice President and Minister of Labor has praised Nieto, considering her a woman capable of promoting change in the region, a coherent policy and with a negotiating spirit that seeks, above all and above all, a boost in social policies that equals, fairly, to all citizens. Her interventions in the Andalusian Parliament testify to this, when she has been facing the popular and the Vox deputies on the occasions that, in her opinion, have required it. Health, education and social welfare are the pillars of her project.

At the moment, Por Andalucía continues to walk in its pre-campaign events, but, with the countdown to the elections having begun, Díaz will accompany Inmaculada Nieto in Córdoba and Seville so that the candidate can achieve greater projection. Let us remember that the data from the last vote intention survey gave them around 6.6% of the vote, which would lead to them occupying 5 seats in the Andalusian Chamber.

Yolanda Díaz, appointed by Pablo Iglesias as his successor to lead the purple formation, has tried to disassociate herself from Por Andalucía in these elections, arguing that her "active listening process with civil society" and, therefore, her project of " broad front” would not arrive in time for this 19-J. However, her involvement in making the brand a reality is unquestionable, and this responsibility, it seems, will make her get involved with Nieto halfway through the electoral campaign.

Moreover, the fact that the vice president supported the IU candidate to the detriment of the Podemos option led to some criticism from her former boss. Díaz's relationship with the members of the purple formation, also among the members of UP in the central government, is becoming more and more complicated, to such an extent that it has been leaked that Díaz maintains that he keeps them out of his project.