"Sumar will not stand in the municipal and regional elections, Yolanda Díaz has had a very good relationship for a long time with Joan Baldoví, but she does not support any candidacy; yes, the vice president wants and will do everything possible so that the forces of the left and the Botànic win again" in the Valencian Community. 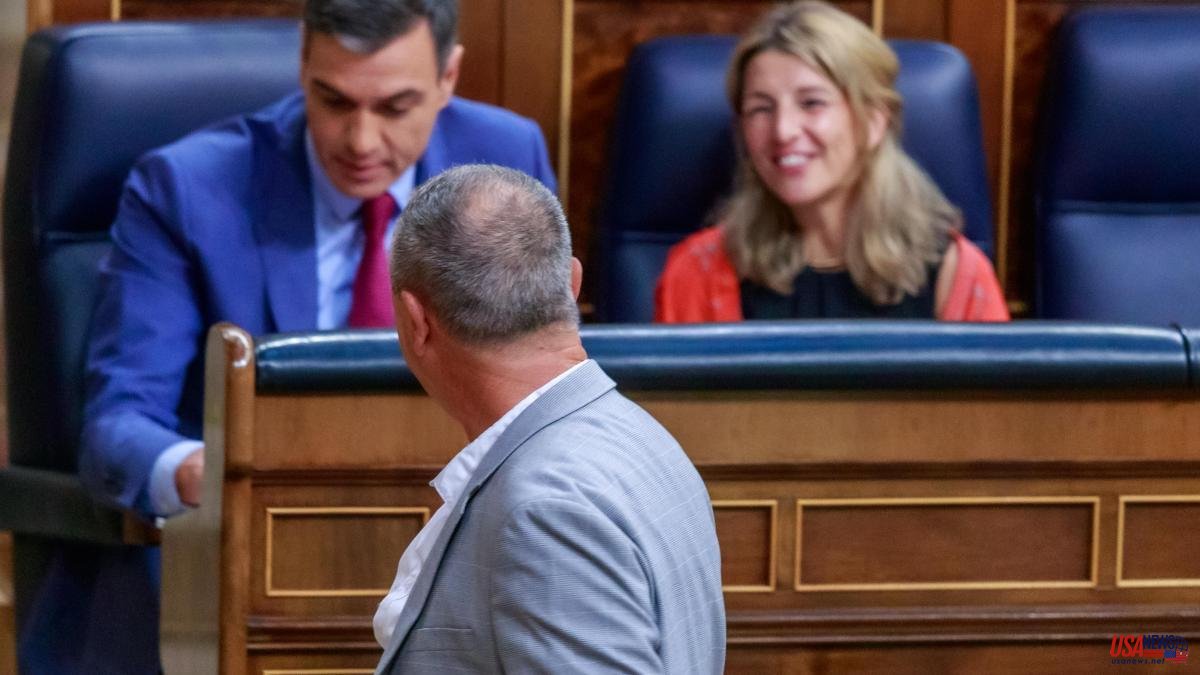 "Sumar will not stand in the municipal and regional elections, Yolanda Díaz has had a very good relationship for a long time with Joan Baldoví, but she does not support any candidacy; yes, the vice president wants and will do everything possible so that the forces of the left and the Botànic win again" in the Valencian Community. With these clarifications by way of rectification or nuance (depending on how you look at it) to La Vanguardia, Yolanda Díaz's environment yesterday tried to put out the fire caused by the praise to which she is emerging as a Compromís candidate for the Presidency of the Generalitat Valenciana .

And it is that the words of the Vice President of the Government and Sumar's alma mater supporting the candidacy of Joan Baldoví - "it is very good news", "I want them to win" - generated a lot of commotion and some confusion in the Valencian left. It was to be assumed that Díaz would support the Podem list that will presumably be headed by Hèctor Illueca -with whom she shared tasks in the Ministry-, so her words generated a lot of surprise.

From Podem, perhaps aware that it was Diaz herself who had to explain her statements, they did not want to make any assessments so as not to add fuel to the fire. So it was. The environment closest to the Galician leader was the one that tried to contextualize and take iron away from her statements. "She speaks in the plural, referring to the forces of the left and she does so from the love she has for Baldoví."

In this task of avoiding misunderstandings, Díaz herself contacted Illueca, with whom she also has a very good and enormous relationship, to explain her position.

A position that had not only placed the vice president against her own, but also an important part of Compromís, precisely that part that most likes the idea of ​​confluence promoted by Díaz. Since Baldoví's intention to attend the primary process was announced, different Initiative positions have stressed that this is not the time to think about candidacies. And Initiative has always been more open to pacts with other state forces or platforms than Més Compromís (Baldoví's party).

Along these lines, yesterday the vice-president of the Consell, Aitana Mas, reiterated yesterday that she has not yet decided whether she will run for the coalition's primaries and stressed that "right now is not the time" to think about electoral issues.

However, in Podem they explain that what happened does not worry them and that they have a roadmap marked for weeks. On October 10, the purples will begin their primary process to which everything indicates that it will be presented, with the support of the majority of the organization, Hèctor Illueca. Days before, on Wednesday the 5th, the second vice president of the Government will present his book with Pablo Iglesias in an act with a lot of symbolism that will launch an important and powerful internal message five days before the primary process begins.

This being the case, and beyond Díaz's obvious slip, his words do show Sumar's desire to collaborate (already thinking about the general stage) with a brand like Compromís. In this line, sources from the Valencian formation affirmed that this possibility is also seen favorably by them, after verifying that the harmony with Díaz is increasing and that the two forces can add up on a state stage.