The control session with the Valencian president, Ximo Puig, yesterday again highlighted the differences between the Botànic partners regarding renewables. 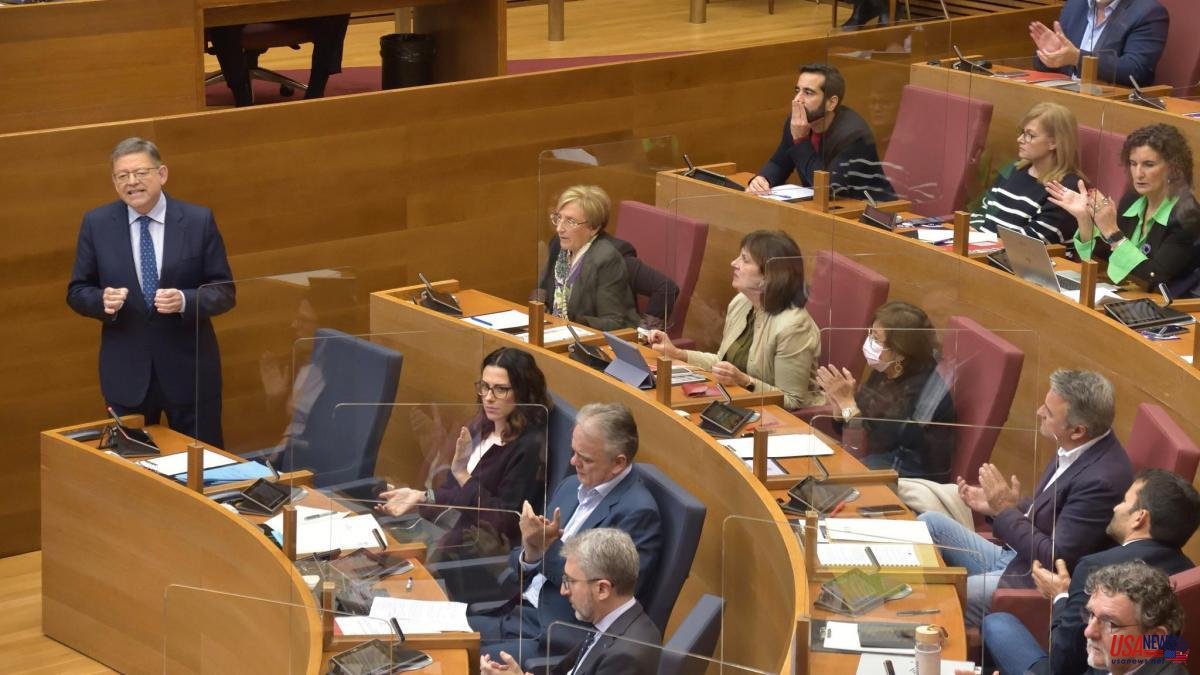 The control session with the Valencian president, Ximo Puig, yesterday again highlighted the differences between the Botànic partners regarding renewables. The question from the Compromís trustee, Papi Robles, emphasized the disagreements of the left on a key issue. It is the second time (also in a row) that the partners' question shows the executive's cracks, since in the previous control session the refusal of Compromís and Unides Podem to accept the Income Tax bonus was already put on the table. Inheritance to the family business proposed by the PSPV.

Yesterday the disagreements came to light again and it was the first time (coinciding with the last control session with the president of the year) that Robles used the reply turn.

Although the differences seem insurmountable and those around the president insisted (in line with what the socialist trustee Ana Barceló already pointed out) that there will be no going back on the renewable energy decree approved in May, Puig did leave the door open to reach an agreement. All in all, it doesn't seem like it's going to be a great pact as the positions seem quite stuck and immovable.

In fact, the PSPV president took advantage of his intervention to launch several messages in an internal code. In this sense, he pointed out that if the creation of the Valencian Energy Agency is not in the Accompaniment Law, it is not "at all the responsibility of the president of the Consell". One way of pointing out that the department responsible for its creation should have been in charge of proposing it to the text that accompanies the Budgets.

Despite this, Puig reiterated that the will of the Valencian Government is to promote the energy transition above all, but downplayed the creation of the Agency that its partners are demanding.

Papi Robles, in his double speech, stressed that his petition -in the form of an amendment agreed with Unides Podem that the PSPV preferred not to sign- seeks to promote renewables, lower the electricity bill of all Valencians and achieve energy sovereignty.

In addition, he took advantage of his five minutes in the gallery to show Puig his "disappointment" at the fact that the Socialists do not comply with the agreements formed and support the creation of the Agency.

For his part, Puig argued that the Executive is already applying measures to promote renewable energies, and it can go "much further", but indicated that the Agency will not be "a definitive solution", but "simply an instrument". to achieve the goal of decarbonization in 2030. "It is a part, it is not the only solution," insisted the head of the Consell.

Regarding compliance with the pacts, the socialist leader wanted to make it clear that "commitments must always be fulfilled." And he added: "Today it is shown that we always fulfill our commitments, whether we like them so much or not", in clear reference to the tourist tax that was approved in a subsequent vote and that has caused dissent within the PSPV.

And it is that yesterday was not a tasteful dish for the president who, the day he had to assume the implementation of a tribute that has stirred up an important part of the tourism sector, had to deal with a trick question from his partners (cross-examination included ).

In this context, yesterday's plenary session also served to approve, after seven years of negotiations and delays, the so-called tourist tax that will tax overnight stays with an amount of between 0.5 and 2 euros. It will be, as the PSPV insisted to facilitate its approval, of a municipal and voluntary nature and cannot be applied until at least 2024.

With applause from the bench on the left, which was not joined by the president, Ximo Puig, the parliamentary process of this initiative came to an end.