When Xavier Albertí was preparing to read the entrance speech at the Reial Acadèmia de Bones Lletres in Barcelona, ​​he realized that he was not wearing reading glasses. 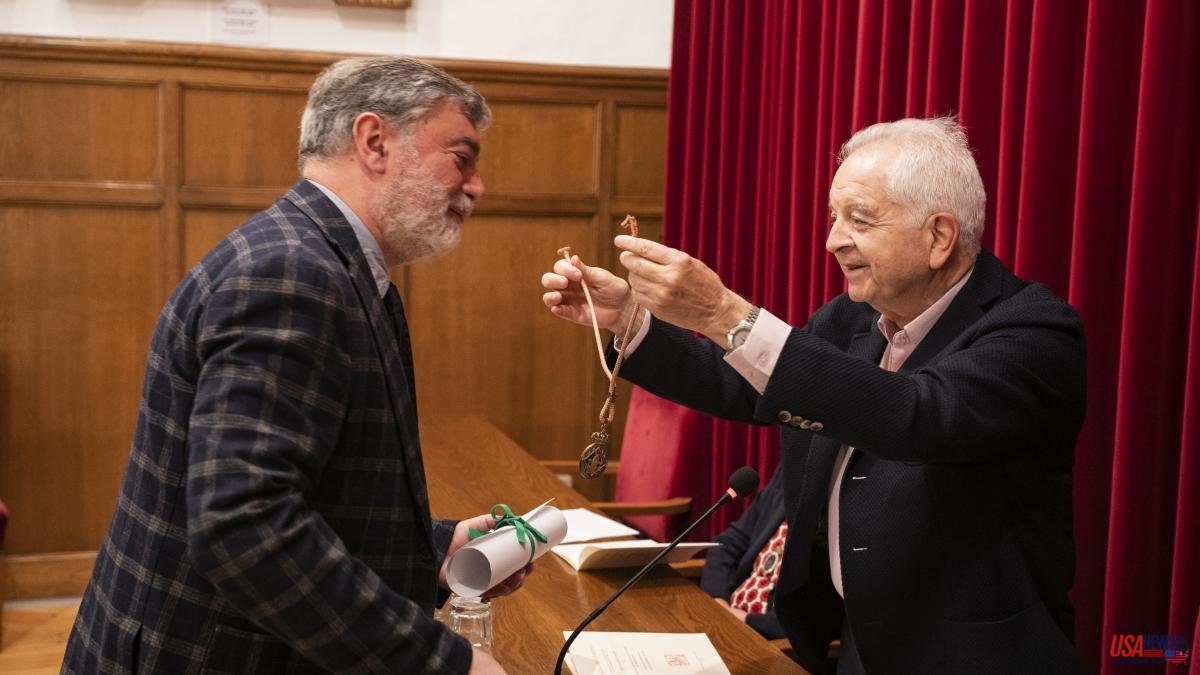 When Xavier Albertí was preparing to read the entrance speech at the Reial Acadèmia de Bones Lletres in Barcelona, ​​he realized that he was not wearing reading glasses. "I had them in my jacket pocket and, as it was so hot, I took it off and lost it before going in." Immediately others passed by and the audience that filled the Palau Requesens laughed and applauded. “I was prepared”, added this theater man, full of scenic resources.

Then the tone changed: the climax was coming. After the words of the president, Borja de Riquer, and the reading of the minutes that made him academic in the vacant place left by Father Alexandre Masoliver, the theater director read his speech, Paraula i veritat escènica.

First, a memory for Father Masoliver de Poblet, a place that is familiar to him: "I have a threshing floor converted into a house in El Vilosell, near Poblet, where I go at dusk to find a space for meditation, accompanied by the prayers of the monks. Lately I have been able to imagine Father Masoliver's life in that monastery."

Next, Albertí analyzed and described the theater as he understands it, starting from Pasolini's Manifesto for a new theater, "that theater of the word that had to oppose the theater of the gesture or the scream". Pla, Xirgu and the singsong “of Mr. Borràs” also came out.

Ancient and modern names, which make up the cultural heritage. So it was Jordi Savall who lent him the words: “What should we do with our heritage? Let it do what all heritages do in more or less ordered cultural traditions: be and resonate”.

In the answer, Josep Ramoneda, academic and director of Grup 62, described him as an "irredeemable humanist." Among the audience, numerous colleagues, such as Josep Maria Miró, the playwright of El cos més bonic ..., who plays Pere Arquillué to his orders; or actresses Carme Sansa, Màrcia Cisteró and Paula Blanco. Curtain.