Xavi: "You have to believe and be patient: the titles will be won in 2023"

The footballer Xavi Hernández would not have bothered a match like Viktoria-Barça this Tuesday, worthless for the Champions League, where the Blaugrana will not continue. 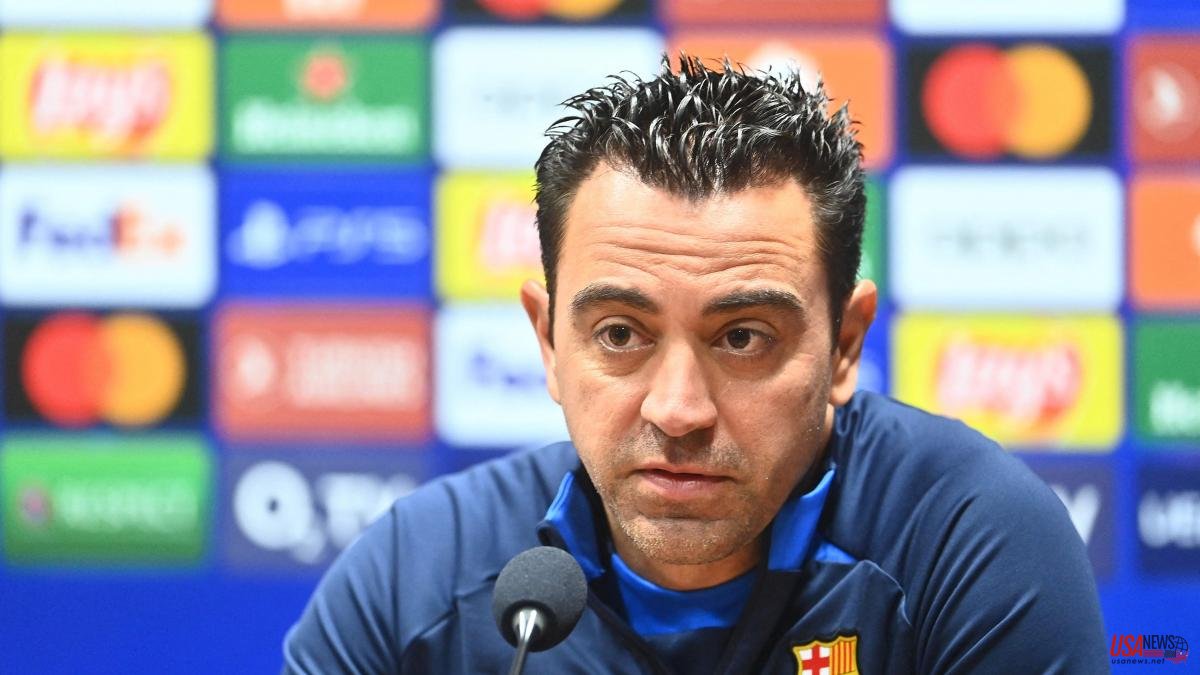 The footballer Xavi Hernández would not have bothered a match like Viktoria-Barça this Tuesday, worthless for the Champions League, where the Blaugrana will not continue. “I took all the meetings at 200%. We are footballers because we like to play”, he pointed out. So he believes that it will not be difficult for him to motivate his players. “I, as Barça coach, am motivated even for friendlies. They have to have a brutal motivation. They are privileged. We are in a situation that we did not expect but the Barça players always have to go out and enjoy themselves”, he made it clear to them.

The Barça coach also referred to his time dressed in shorts to prevent his team from lowering their arms for being left out of the top continental competition. On his day, the player from Egar saved Van Gaal's head with a goal in Valladolid in December and the team ended up winning the League 98-99. “Unfortunately and luckily I have lived through the worst period in the history of the club, from 2000 to 2003, and then the best, from Rijkaard until I retired. I know from experience that we have to insist. Now we have to believe and work and not give up because we are no longer in the Champions League. It's a matter of time. You have to be patient. The titles are won in 2023”, he recalled so that no one discards his Barcelona.

A good connoisseur of the house, Xavi knows that the club is “a roller coaster of emotions”, and that inside the locker room “we have to try to be calmer”. "We have to have a clear identity of who we are and not lose it," he prescribed. Because it is his opinion, footballingly the team has taken a step forward, although it has been smaller than expected. “I am positive with what I see. In Munich we were able to win. The change is important. There is a better squad and we have given better sensations. I have the feeling that we have lost it for not being up to the task, ”he insisted.

Before flying to the Czech Republic, the technician was seen picking up a copy of La Vanguardia, where an interview with Robert Lewandowski was published. In the talk with this newspaper, the Polish striker said that "sometimes you have to know how to win and not how to play to win". Xavi doesn't see it as a criticism but he agrees with his goalscoring. “Yes, we need to know how to compete at the right moments and know how to dominate when you are ahead of the scoreboard. It is not a matter of style or idea, if you go that way. We lack that maturity and feeling of packaging, ”he confirmed.

And without wanting to make excuses, he attributed it to various factors: "We have many young players, we have still played 17 games together, we have had a strong group, where we have seen them in all colors and we have had injuries at the worst time," he listed. .

Lewandowski, with back pain, has stayed in Barcelona, ​​along with Koundé and Eric Garcia. He “he was on the list but he complained about his back. He will be fine for the next game, ”said the coach, who cannot count on Busquets, sanctioned. Instead, Xavi promised opportunities for the youngsters who have traveled, including goalkeeper Iñaki Peña, who will make his debut, and Pablo Torre.