Xavi Hernández will not sit on the visitors' bench at DRV PNK Stadium in Fort Lauderdale. 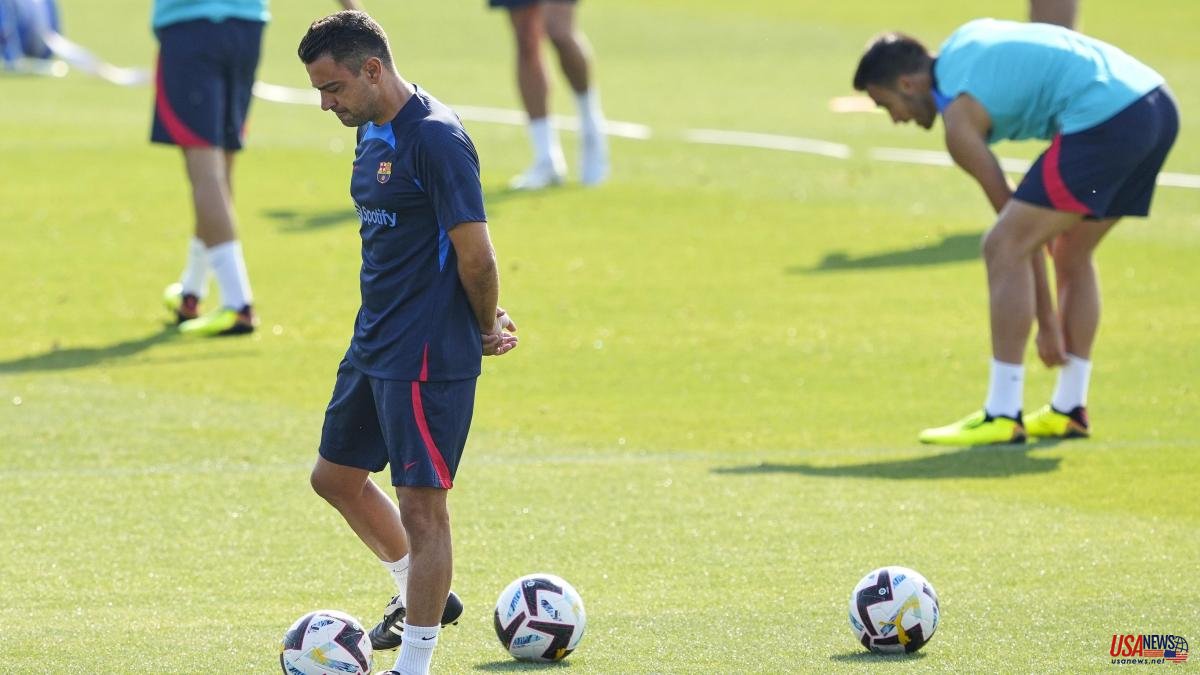 Xavi Hernández will not sit on the visitors' bench at DRV PNK Stadium in Fort Lauderdale. The Barça coach still does not have his visa in order to travel to the United States and, therefore, he will miss the match against Inter Miami on Wednesday morning (02:00 Spanish time).

The Catalan was scheduled to take a direct flight from Barcelona to Miami first thing on Tuesday in order to arrive on time for the premiere of his team on the US tour. However, he still does not have the ESTA in order, the visa that did not contain his trips to Iran (a country on the United States' blacklist) during his time as a player for Al Sadd in the Asian Champions League.

The club's management of the paperwork to solve the bureaucratic problems has not had the desired effect and Xavi is still on the ground, waiting for the moment when he can leave. The team at the moment is still under the orders of his brother Òscar, who will sit on the bench against the Florida team. The technical staff will be in permanent remote communication with Xavi.

Meanwhile, the club hopes to present Robert Lewandowski in the next few hours, after he finally decided on Monday to postpone the event he had planned at the Barça Academy in Miami as he still did not have all the player's contracts signed.

For this reason, the Polish striker did not exercise in the afternoon session with the rest of the group either, already on the scene of the match, where there will be a full house (the 18,000 tickets have been sold out for days). In that open-door session, Ferran Torres continued to do specific work on the pitch, this time with the ball.

The Valencian winger is expected to have minutes against Inter Miami, owned by David Beckham and which has Gonzalo Higuaín in its ranks, as well as the new additions that have been in the training routine for days. If young Pablo Torre and Franck Kessie have already made their debut against Olot, this Wednesday will be the turn of Andreas Christensen, Rapnhinha and the 'resigned' Ousmane Dembélé.