Xavi will arrive just in time for Barça's premiere in Miami

Xavi Hernández will arrive just in time to direct -not without jet lag- the first game of Barça's tour of the United States against Inter Miami (Wednesday 02:00 Spanish time). 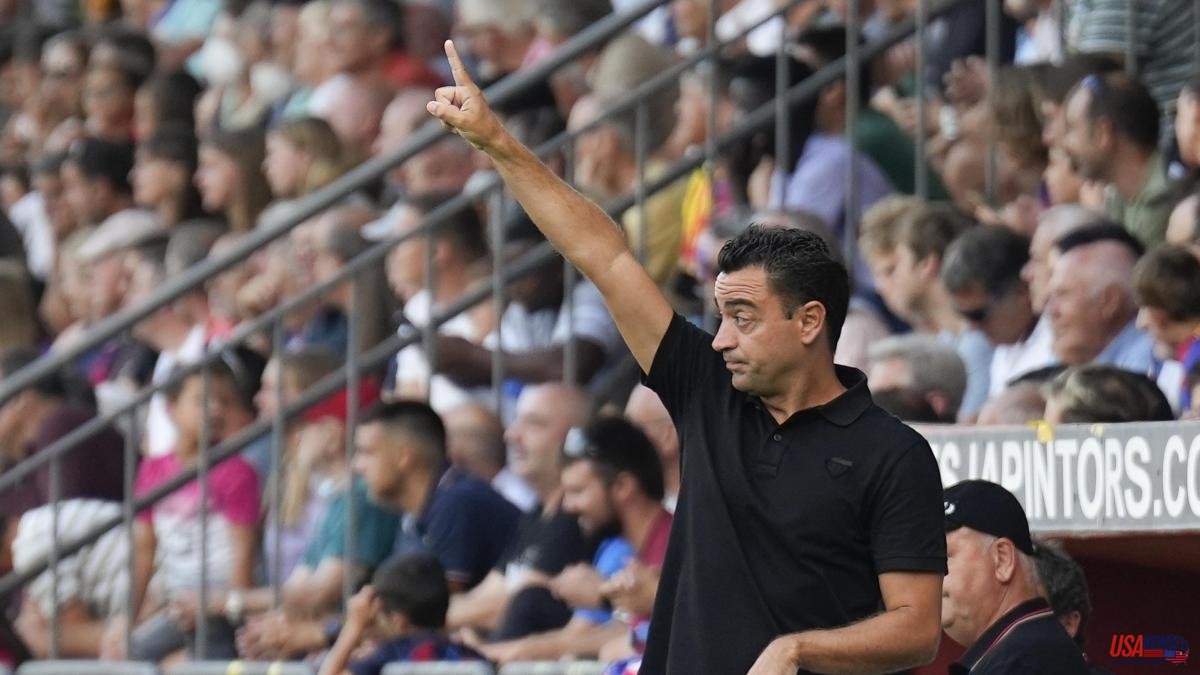 Xavi Hernández will arrive just in time to direct -not without jet lag- the first game of Barça's tour of the United States against Inter Miami (Wednesday 02:00 Spanish time). The Catalan coach will take a direct flight on Tuesday morning that will allow him to arrive in the Florida capital with little time in advance, but enough to face the club owned by David Beckham.

On Saturday he could not travel with the rest of the Blaugrana expedition to the United States tour due to problems with his visa, a setback that has already been resolved. Xavi was denied the ESTA when he was already at the Barcelona airport because his visit to Iran (one of the countries on the Americans' blacklist) was not recorded in his passport when he was still a player for Qatar's Al Sadd, a club with who traveled to play matches in the Asian Champions League.

In the first few hours in Miami marked by the landing of Robert Lewandowski, this season's new signing, the team has not changed the plan. On Sunday he trained in Fort Lauderdale under the orders of the coaching staff led by Òscar Hernández, Xavi's brother and second-in-command.

Òscar was expected to appear at the pre-match press conference, but the club has finally decided to cancel it. On the other hand, at 7:00 p.m. (Spain) there will be an act of presentation of Lewandowski together with the president Joan Laporta and the director of football Mateu Alemany.

In the first words released by the club, the Polish striker said he felt "very happy to arrive at Barça", a club that "wants to be at the top again". "And that's what I'm here for, to help win as many titles as possible." Lewandowski's debut with the Blaugrana shirt could take place on July 23 in the classic in Las Vegas.

In the first contact on North American soil, the anecdote was starred in the presence of two ex-Blaugrana players in Barça training, Thierry Henry and 'Kun' Agüero, who greeted and took photos with the players.