Xavi: "When you forgive so much, you end up paying for it"

It had been a long time since Barça had been seen competing against a European giant. 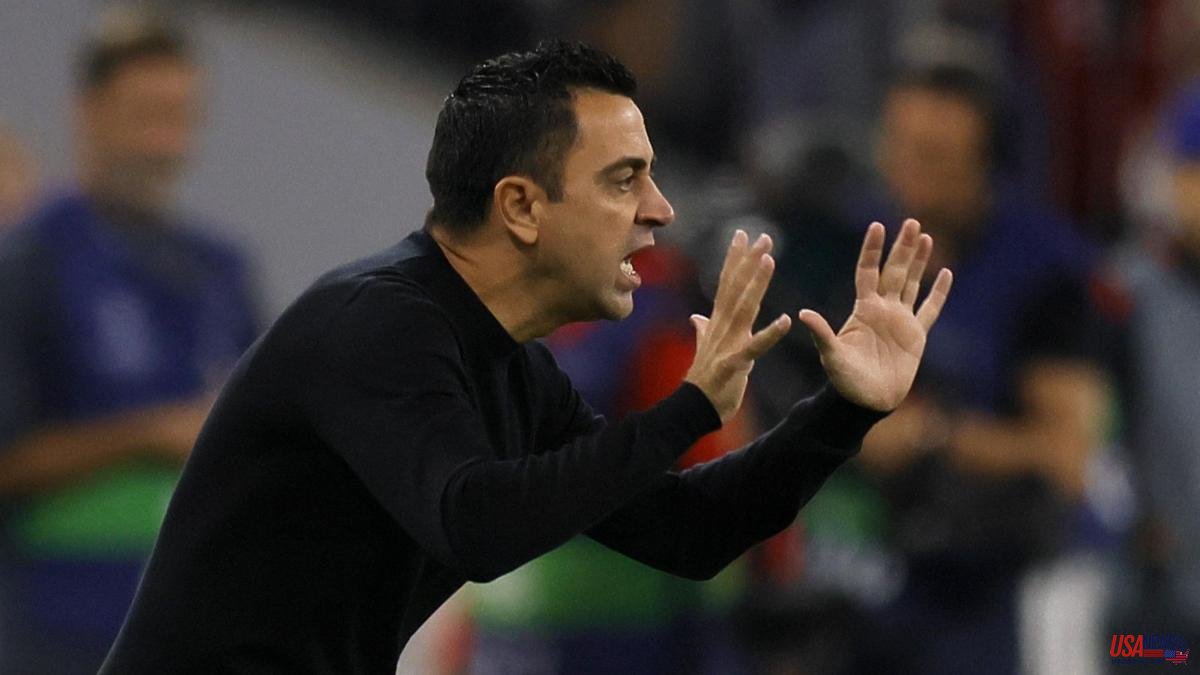 It had been a long time since Barça had been seen competing against a European giant. And at the Allianz Arena it could be said that the azulgrana was an unprecedented performance despite the defeat. Perhaps that is why Xavi Hernández started the match drawing a nervous smile with Pedri's first chance. He rubbed his hands on Raphinha's punch. And he took them to the back of his head when Lewandowski missed the first of many he had. After that everything was serious. “The process is very good, but the result is bad. This is the Champions League and when you forgive, you end up paying for it. You can't forgive that much. It's learning, but it hurts. We have created seven scoring chances and we haven't scored any”, lamented the coach.

After the break, more tense and less patient, Xavi couldn't help jumping on the edge of the technical area with Raphinha's post after the break. “We haven't scored three or four times when we've been alone in front of the goalkeeper. And he has passed us in the stadium where he couldn't pass us. We have to compete better because I sincerely and honestly believe that Barça has been better”, warned Xavi.

The final anger came with the two goals from Bayern. Practically without believing it, Xavi put his hand to his chin, analyzing how the 1-0 could have come about. Then came the second. “There are errors in a corner and another in a transition. I'm pissed off because it was a golden opportunity to be able to win on this course once and for all”, said Xavi.

In the list of the blaugrana errors, beyond the strategy, Pedri also recognized the psychological variant. "When you see that you arrive and you don't score and they get ahead, it's true that it's hard for us to come back", lamented the Canarian in statements to Movistar's microphones. “Still I think we competed a lot. I think the results will come, for sure, ”he remarked. Jules Koundé, who occupied the right side, spoke in the same line. “We compete very well. It is about improving some details. What we lacked were goals. We got lost a bit at the corner and conceded the second goal shortly after. We have to keep improving because in the end they punished us with set pieces and counter-attacks”, he pointed out.

The lack of goals was not the only aspect that annoyed Xavi. He also criticized the unsigned penalty on Dembélé. “The referee told me in the middle part that it was not a penalty. I have asked him to be honest, that we had all seen it. But he has told me that he was not, ”said the technician, unable to hold his tongue. Yes, Pedri did, who dodged the question with "I have not seen the foul on Dembélé, but if the referee and the VAR consider that there was nothing, I suppose that was the case", he sentenced.