Xavi: "We've been anxious about elimination in the Champions League"

The week has been very complicated, that's why the Barça coach, Xavi Hernández, celebrated his team's victory against Valencia thanks to a rescuer from Robert Lewandowski, but he acknowledged that elimination from the Champions League had weighed on them and that his team had been prey to anxiety when attacking. 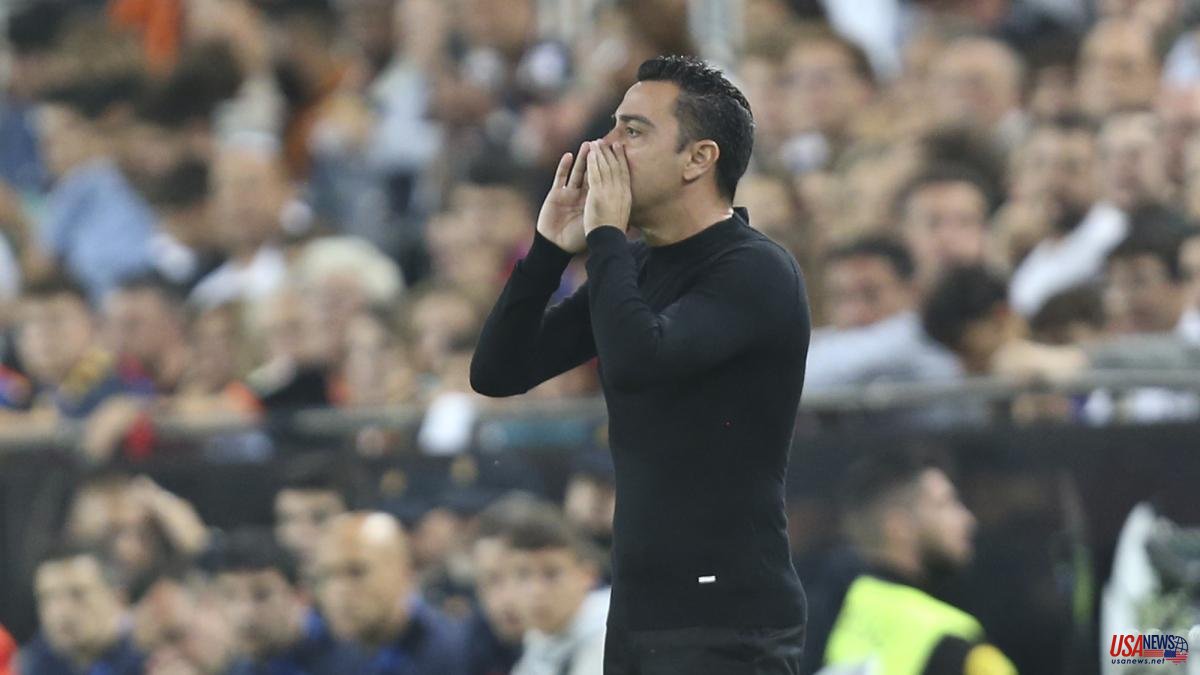 The week has been very complicated, that's why the Barça coach, Xavi Hernández, celebrated his team's victory against Valencia thanks to a rescuer from Robert Lewandowski, but he acknowledged that elimination from the Champions League had weighed on them and that his team had been prey to anxiety when attacking.

“It is a very important victory for us and even more so the way it comes. The team has not stopped believing. We have had too much anxiety, the elimination of the Champions has affected us. The decision-making in the last pass was bad and it was due to anxiety, but I'm content and happy. We deserved the victory even though it was in the last second”, highlighted the coach.

The Egarense referred to the importance of winning to sleep leaders in the League. “The victory is very important for the team, they deserved it. Work hard and the reward comes at the last second. We sleep leaders today and for us it is vital. We want to finish well and put pressure on Madrid. Very happy".

Regarding the injuries to Koundé and Eric García, the coach downplayed both setbacks. “It's natural, Jules has shortened deadlines and it's normal. We have put a lot of pressure on him. It seems that it is not an injury but very strong discomfort. Eric is not injury either. They are inconveniences that drag, they want to play despite the World Cup, the commitment of the players is maximum, ”he said.

Lastly, Xavi praised the role of the captains who, like Jordi Alba, “are an example, they come out, perform and lead the team. This kind of involvement from the captains is important”. And he recognized that the demand at Barça is always maximum. “We are a big club that is here to gain pressure, and there is pressure. But if we had drawn, we would continue working to achieve our goals”, he concluded.

For his part, the Brazilian Raphinha, assistant of the night for Robert Lewandowski's decisive goal against Valencia, highlighted the competitive spirit of his team to achieve victory. “We knew the importance of the match and of adding the three points. The teams that want to fight for the League have to fight like this until the last minute. And we have fought until the end for the victory”, he pointed out.