Xavi: "We hit the table to be candidates for the title"

Barcelona suffered, but in the end they managed to secure the victory that Ousmane Dembélé had put on track with his goal, his fifth in the league, before the break. 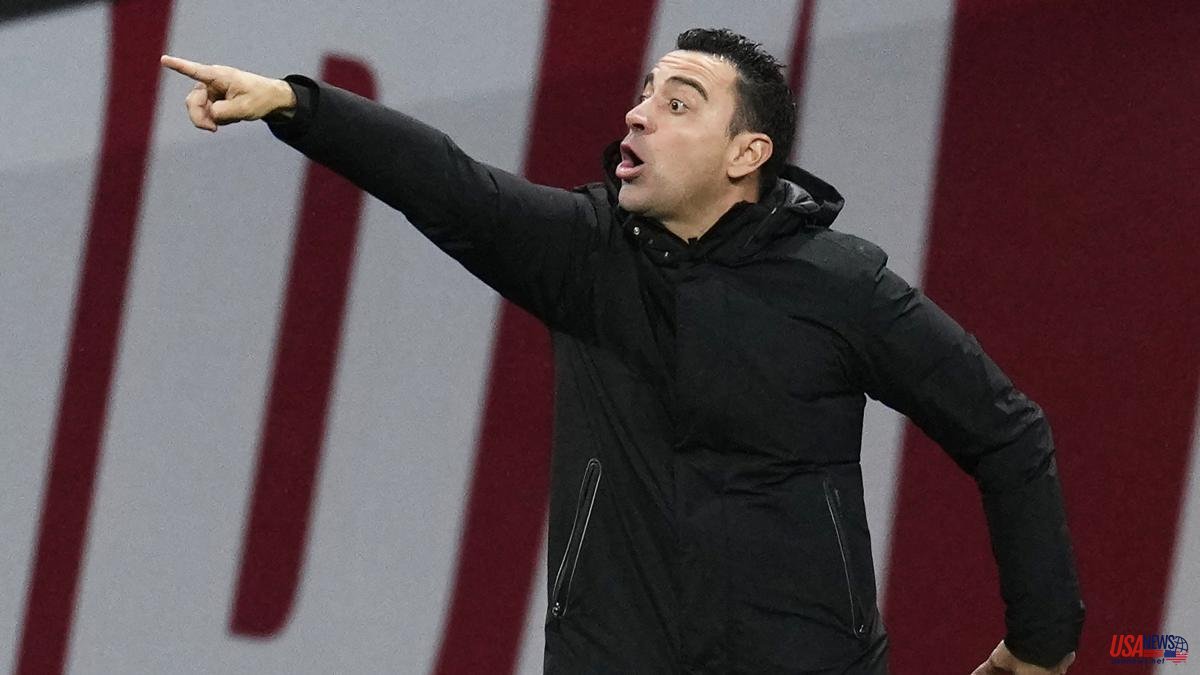 Barcelona suffered, but in the end they managed to secure the victory that Ousmane Dembélé had put on track with his goal, his fifth in the league, before the break. A victory that, added to the puncture of Real Madrid yesterday, gives the Catalan team the sole lead.

"We hit the table to be candidates for the title", assured a Xavi Hernández satisfied with the work of his footballers: "We have known how to suffer and take advantage of our opportunity. They are three golden points". the coach has highlighted the importance of this triumph: "They give us tremendous morale for what is to come.

The man from Terrassa has not hidden the fact that they have not shone especially in football, but highlights the victory: "Just like on Espanyol day I said that we deserved more, today, without playing excellently like that day or against Intercity, without playing so well we got the three points. That's the way this sport is."

Barça could have faced the final stretch of the match with more calm if Ferran Torres' goal in the second had not been canceled for offside, and in a dedicated Metropolitano and with the intensity that characterizes Cholo Simeone's team, Barça he had to sweat a lot to come home with the three points. "I am proud of the team. We have won by suffering, but being a team and a family", the coach has sentenced.

Lastly, Xavi highlighted the value of having managed to keep a clean sheet and the fact of having achieved a positive result without such an important piece of the team as Robert Lewandowski: "It's important to have won without Robert, a basic piece for us "We've missed him even when we put pressure on Atlético. Ferran Torres has done a great job, but Robert is very important to us".

The captain of Barcelona, ​​Sergio Busquets, has also valued the important victory of the team in the Metropolitan: "We knew that it was a difficult field and that Madrid had punctured and it was an opportunity that we had to take." The blaugrana recognized the equality on the pitch: “It was a highly contested game. We started very well and we even had a chance from Pedri to make it 0-2. Then they have pressed and it has cost us a little more ”, he has valued.

Busquets highlighted the team's improvement after passing through the changing rooms: "In the second half we managed to control the game a little more and in the end, although suffering, we got three very good points". In addition, the captain of the Catalan team has stressed the importance of "keeping a clean sheet". An aspect that "when you play away from home, it costs you even more". "We would have liked to have had more chances in attack, but today I think we were a bit more forceful", concluded Busquets.