Xavi: "This time we see ourselves capable of competing and changing history in Munich"

The Xavi of last December 7 had just arrived at Barça, but only in a few weeks had he realized that his team did not have enough arguments to fight with Bayern. 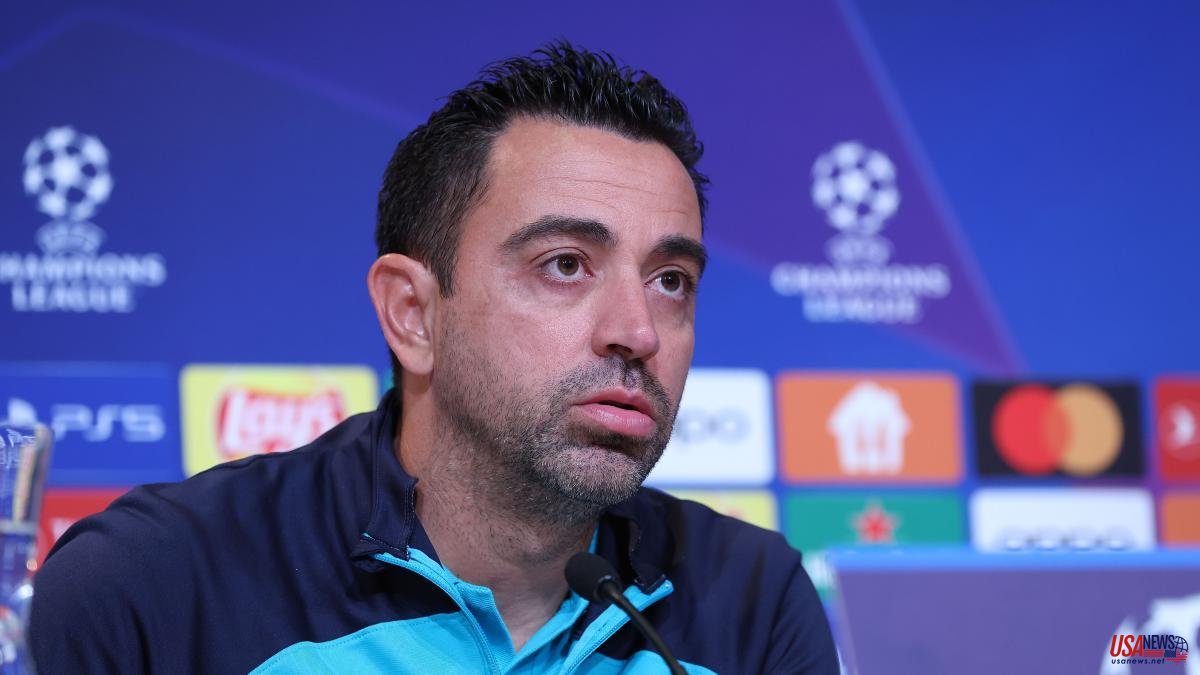 The Xavi of last December 7 had just arrived at Barça, but only in a few weeks had he realized that his team did not have enough arguments to fight with Bayern. Xavi this Monday was a very different coach. That he does not stick out his chest and wants to convey humility but at the same time has infinite confidence in the possibilities of his team. “Whatever the outcome this time won't change anything. A sentence cannot be made because it is the group stage but nine months after that defeat against Bayern we arrived at a much better moment, we have improved in many aspects, we see ourselves as capable of competing, we have the illusion and the challenge that we can win finally here and change history and dynamics because we have never won in Munich”, Xavi extended.

For the Barcelona coach, his team has grown above all in two aspects. “We have gained in mentality and personality. After that defeat nine months ago I spoke with the team and told them that this is Barça and that we have to run, leave everything on the pitch and go out without any complexes”.

Xavi sees the team capable of winning in Munich but without losing their feet on the ground. "We have to take into account that here we have experienced them in all colors and many times these colors were bad." The coach would leave Allianz satisfied if his team maintains the constants of recent games. “I would be happy if we show our potential and the same feelings as at the beginning of the campaign”.

To achieve this, the coach has better players and Lewandowski, whom he sees as very prepared to face his old team. “I have seen Robert very well, he is calm, calm, he transmits calm and confidence, he is a natural leader. He is very motivated and will be fresh after being a substitute in Cádiz. He gives us so many things, he understands the game, he knows when to show up, when to download or when to find the free man. But we also have other strengths in attack and we want to show it". "After suffering him as a rival, having him now as a teammate is tremendous," defender Ronald Araújo said of Lewandowski.

The Barcelona coach visualizes an even match and with a huge fight for the ball. “Both teams want to attack, we press up high and leave space behind. I foresee a very intense match, we have to win those hand-to-hand duels”.

The Blaugrana coach assured that he has the eleven decided and that he will not look at the identity card when making the team, when asked if it was the best place to bet on the youth (read Balde on the left side).

The one who will most likely be starting is Ronald Araújo, who already played in Munich, as a right back. "I prefer to leave central for comfort but if they put me on the side I will try to give my best," said the Uruguayan, who hopes that the team's good defensive tone will continue. "That's very important because if they don't mark us and with the quality we have at the top, our chances of winning increase." After so many disappointments against Bayern, Barça hopes to turn the past upside down.