Two weeks ago Xavi Hernández met with Gerard Piqué to talk about his sporting and financial situation at Barça. 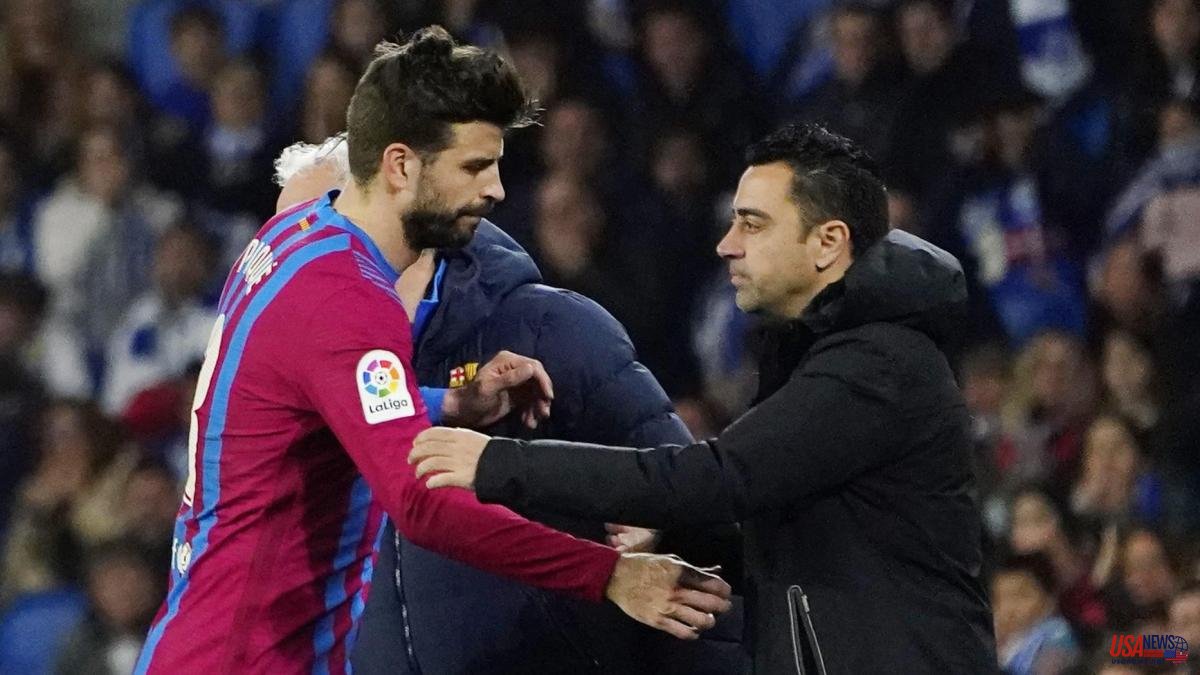 Two weeks ago Xavi Hernández met with Gerard Piqué to talk about his sporting and financial situation at Barça. In that meeting, as the journalist Marçal Lorente advanced, the coach told him that he does not see him as the undisputed starter for the coming season and that his participation in the games will depend on his physical condition. It should be remembered that Piqué has finished the season without playing since the tendinopathy he suffers in the adductor longus of his left leg has worsened.

Sportingly, as this newspaper has been able to learn, the Barça central defender made it clear to Xavi that he wants to continue in the team and that he will make an effort to show him that he can be a starter regardless of his age. He was very motivated and receptive to Xavi's message and promised to focus on recovering physically as well as delegating the business of Kosmos, the company he presides over, to people from his team.

Piqué's injury became a headache for Xavi, who had to look for several alternatives to face the end of the season. Looking ahead to the coming year, he will have Christensen, the central defender who arrives on a free transfer from Chelsea. The club has already signed him in the absence of lightening the wage bill to be able to comply with fair play and be able to register him. Araújo is indisputable and Xavi has asked to sign another centre-back, with Sevilla's Koundé being his top aspiration.

Piqué also spoke with Xavi about the difficult economic situation that the club is experiencing, which has a wage bill of 560 million euros. The directive is studying different mechanisms to lower it by 28 percent and wants to start the fourth salary negotiation with the captains. As this newspaper reported, Piqué is one of the captains who has shown a better predisposition and so he let Xavi know. The center-back has already contacted other club managers to let them know his position.