Xavi surprised Ernesto Valverde and his Athletic by bringing together Gavi, Busquets, Frenkie de Jong and Pedri on the pitch for the first time but without altering the game system as happened against Inter Milan. 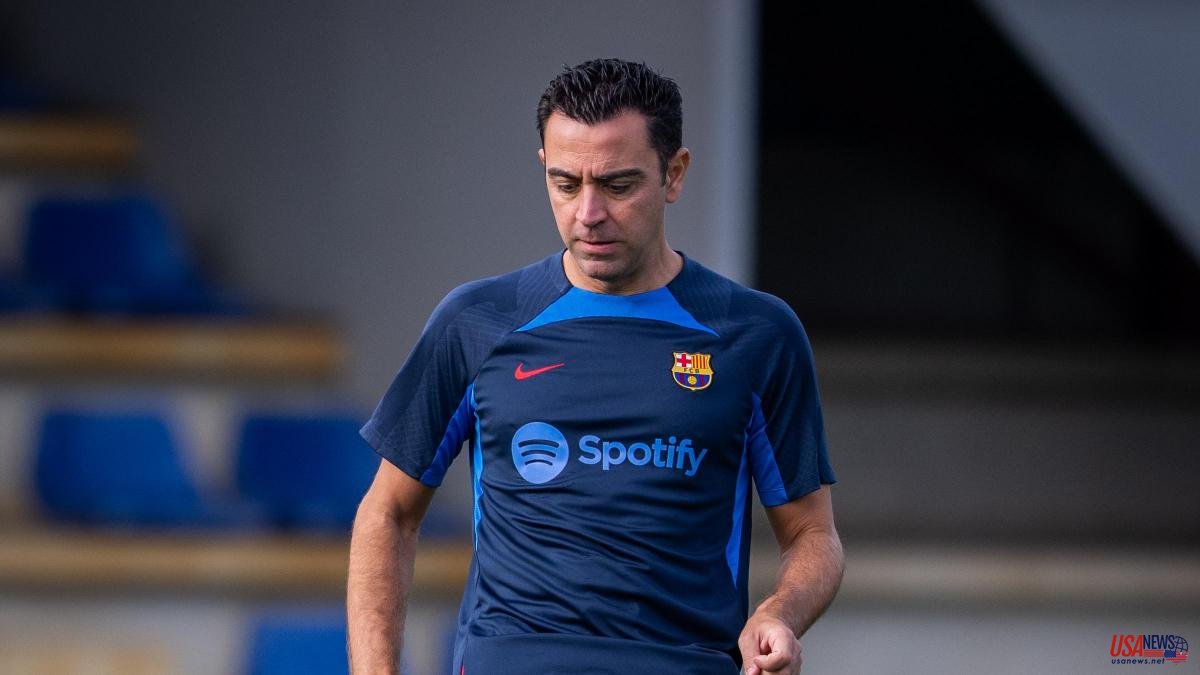 Xavi surprised Ernesto Valverde and his Athletic by bringing together Gavi, Busquets, Frenkie de Jong and Pedri on the pitch for the first time but without altering the game system as happened against Inter Milan. The technician touched up the gear of the Blaugrana machinery by placing the canary as a false left winger. Pedri had to control the hypothetical attacks of Oscar De Marcos on the left side, but he did not have too much work. "The fact that Pedri played from the start on the left wing has thrown us off balance a bit," acknowledged Valverde. Although Xavi ruled out that the victory against Athletic was "an author's victory", the truth is that the coaching staff congratulates themselves with the new scheme devised. "It went very well, we have to continue along this line," they say, convinced that they have found a key that, although depending on the rival in front of them, will have continuity.

Playing with two open wingers –Raphinha and Dembélé– without the solvency or speed that Araújo and Koundé provide in defense took its toll in the two games against Inter Milan and also in the classic against Real Madrid. The risk was poorly measured and it was time to find new formulas to add three by three. The match against Athletic was in fact the second in which Xavi gave up playing with two open wingers. Against Villarreal the starters were Ferran Torres and Ansu Fati, two footballers with a great understanding of the game and much more polished with their positional play, less likely to lose the ball in danger zones. Against Villarreal Xavi got Dembélé back but, for the first time, Pedri was at the other end. The Canarian, who ran into Unai Simón's goalpost, only lacked the goal. That pending subject that Xavi demands so much. "They will arrive, time to time," they say in the locker room.

But beyond his offensive potential, Pedri should not give up one of his main virtues: the construction of the game inside. At the same time, Frenkie de Jong, to the right of Busquets, supported the central defenders Koundé and Eric Garcia and lent a hand to the captain in that aspect. The speed of the Dutchman helped in the withdrawal and also allowed him to break lines on several occasions in addition to sharing the game with an excellent ball exit. De Jong, who also had an excellent performance in the victory against Villarreal occupying the position of Busquets, the one he likes the most, is undoubtedly experiencing one of his best moments since he arrived at Barcelona.

Barça also found the best version of Dembélé. Rebellious, vindictive and stretching the team on the far right, he did everything well. And the Blaugrana team was gaining a confidence that multiplied by ten when the Frenchman opened the can with his first headed goal with Barcelona. Very soon, Barça finished off the result with two more goals from Sergi Roberto, whose dislocated shoulder will keep him out for between five and six weeks, and Lewandowski, both assisted by Dembélé. “In ten minutes they have scored three goals against us”, lamented Valverde.

Athletic was diluted and their individual options were deactivated. Especially those of the Williams brothers, who lived a nightmare at the Camp Nou. The eldest, Iñaki, failed to beat either Koundé or Eric Garcia. The little one, Nico, faced Balde, an old friend from the Sub-21. He never got over him once. He didn't nullify the offensive version of him either, since he couldn't stop any of the incursions that Balde attempted.

Athletic had only one clear chance. He arrived at the last minute after an excess of confidence from Ter Stegen. With Gavi's injury that ran into Dani García, Kessié entered, and those four midfielders remained, which were only reduced to three when Ferran Torres replaced Pedri. The striker from City vindicated himself and scored the third. Again, assisted by the best version of Dembélé.