Xavi's meritocracy spurs all the players

Xavi Hernández applauded enthusiastically when he heard the Champions League anthem again at the Camp Nou. 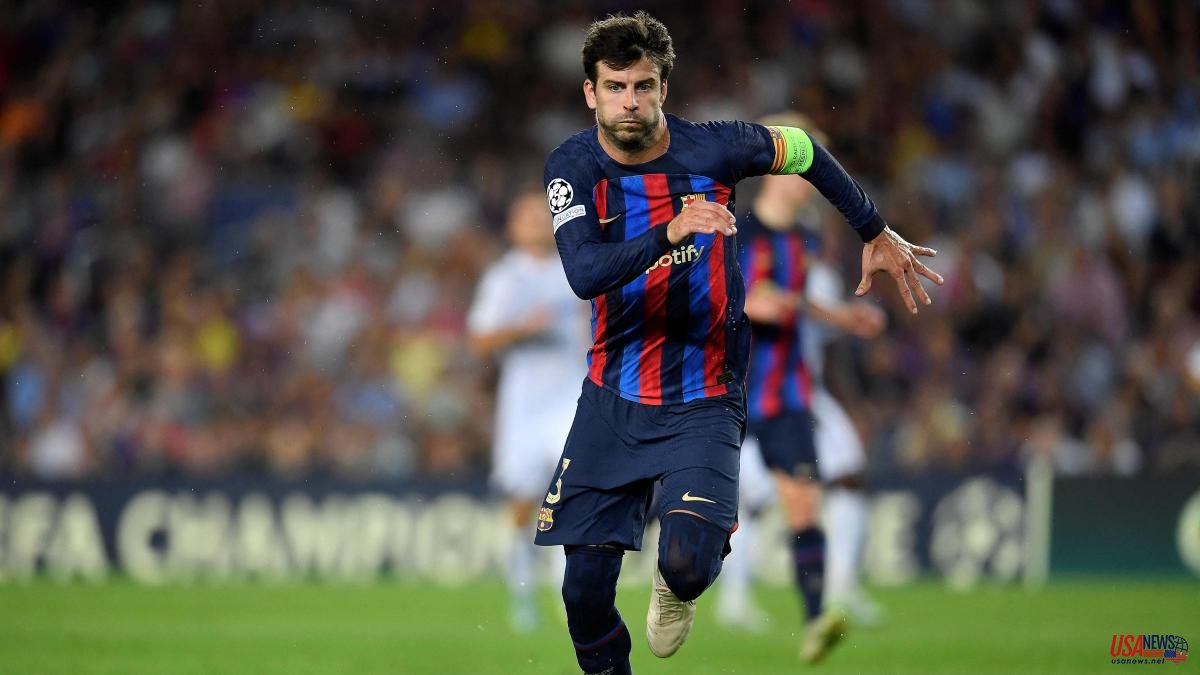 Xavi Hernández applauded enthusiastically when he heard the Champions League anthem again at the Camp Nou. Music to his ears and to a team that last season fell to the bottom of Europe, the Europa League, without even being able to win it. The coach applauded even more the win that his Barça endorsed Viktoria Pilsen. "Everyone is plugged in," he said proudly. Once the levers are activated, “this is what it is” is history and Xavi finally has a choice. The meritocracy on which the coach insists so much is a message that has penetrated deep into the squad. Because now it turns out that plan B is just as competitive as plan A. Blessed is the pressure that Xavi now has to prepare his elevens.

With Marcos Alonso and Héctor Bellerín still in the bedroom, the technician activated the game of chairs. There was time and space for almost everyone. From the outset, Xavi lined up an eleven with up to six changes compared to the starters who had beaten Valladolid and Sevilla. Sergi Roberto returned to a starting eleven almost a year later. He did it with the captain's armband. “The season is very long, there are many games and we all have to be prepared. We are stronger that way,” Roberto said. He was not the only captain. Jordi Alba also recovered his longed-for left wing. And in the axis of the defense Koundé danced with Christensen until Piqué arrived, who enjoyed minutes for the first time in four months.

In midfield, Xavi left Busquets on the bench. He was one of the few along with Balde, Eric Garcia and Araújo who did not enjoy minutes. In the captain's place, Kessié debuted for the first time as a starter, blessed with the goal. He was accompanied by the irreplaceable Pedri and also Frenkie de Jong, who added his second start of the season. The striker recorded a long-awaited incorporation by Barcelona. It had been a while since Ansu Fati was prepared to be a starter again after having armed himself with a dose of prudence and another of work. They call it resilience. On the 10th he touched the goal but he was left with the desire.

He was accompanied by an unstoppable Robert Lewandowski who drops goals and praise from his pockets. “I am at a loss for words. For me he is the best nine along with Benzema and maybe Håland”, said Xavi. An excellent Dembélé completed the lead. The French winger has gone from the whistles to the applause of the Camp Nou. “He is happy and he is enjoying himself. He is very important to me”, concluded Xavi. The only thing he regretted was the Pilsen goal. "They catch us in a corner, they are our mistakes that we have to improve," he insisted. After the break Xavi continued executing his plan. He sat Fati down and called Ferran Torres. The Valencian scored again. He hadn't done it since April 7, when Barcelona was still campaigning for the devastating Europa League in the field of the always remembered Eintracht in Frankfurt. "You have to take advantage of the opportunity because you never know when the next one will be," slipped the Valencian. In the middle of the goalscoring festival, Xavi gave entrance to Memphis and kept his promise with Pablo Torre, who finally tried the Camp Nou. He entered with a role for Ferran Torres. “It was a change of strategy”, revealed Xavi. Insatiable even with a 5-1.