Barcelona's first friendly has already begun to leave details of the new reinforcements for the 2022-23 season. 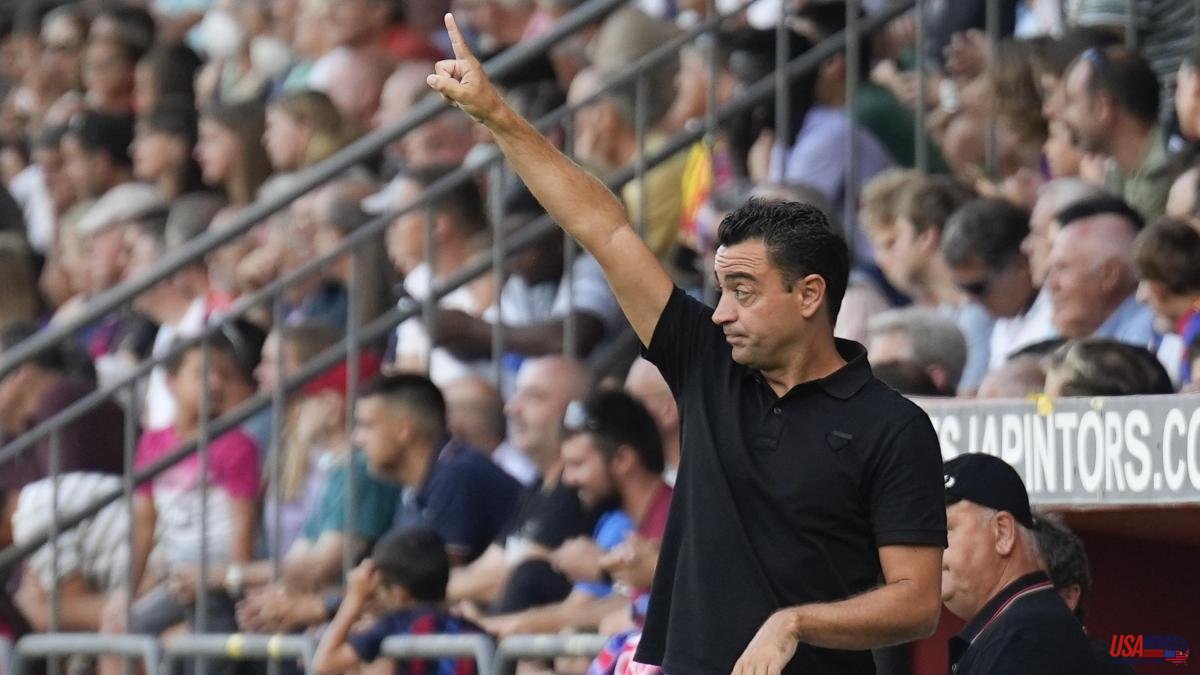 Barcelona's first friendly has already begun to leave details of the new reinforcements for the 2022-23 season. Pablo Torre and Kessie started against Olot and Xavi Hernández wanted to highlight the good impression left by the debut of both players. “I see Franck [Kessie] physically very strong and Pablo has a lot of talent to play between the lines. He has made a very good move with a pass to Auba. Both of them can help us a lot.”

Although the balance is positive, the Barça coach also wanted to warn that it will take a period of adaptation to see them shine at the highest level: “They need time to adapt to our system. They have only been with us for a week, ”he pointed out.

On a global level, Xavi has recognized that the team has been "a little thick" in its first friendly of the season at the Olot field. “We have had chances, but we haven't materialized them”, he lamented, although he has also assured that “the assessment is positive, due to the sacrifice they have made. Even if the result wasn't a win, right now the result doesn't matter."

The one from Terrassa is left with the positive part: “We are training and we are getting in shape physically. We want to reintroduce our idea of ​​football, but there are many new and young players. It is very early, but things are already being seen”.

For his part, one of today's debutants, Pablo Torre, wanted to emphasize that "the important thing is not the individual, but the collective", but he assessed how he experienced his first game as a Barça player: "I'm picking up rhythms and getting to know the companions. We wanted to win the first game, but we still have a lot of pre-season left to continue improving the things that we haven't done so well today”, he stated.