Xavi: "Lewandowski rests in the Cup because we believe he will be against Atlético"

Barcelona opens this Wednesday in the Copa del Rey against Intercity from Alicante and for that round of 32 match Xavi Hernández has decided to leave Robert Lewandowski at home, the protagonist before and after the Barcelona derby, which Espanyol has challenged for the ownership of the Pole . 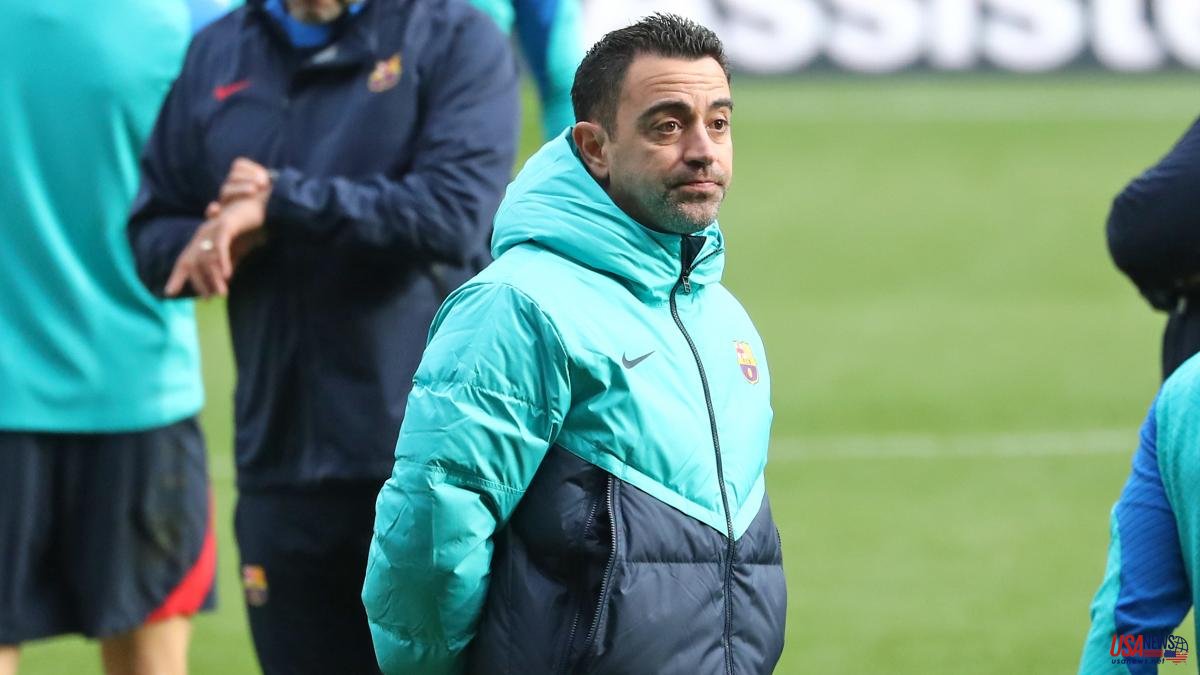 Barcelona opens this Wednesday in the Copa del Rey against Intercity from Alicante and for that round of 32 match Xavi Hernández has decided to leave Robert Lewandowski at home, the protagonist before and after the Barcelona derby, which Espanyol has challenged for the ownership of the Pole . “We are below a judge. We have done nothing but obey. We follow what a judge ordered. I understand that they defend their interests. But we did what we had to, nothing more, ”he explained.

In fact, in Lewandowski's non-call for the Cup, it can be read that Barça is confident that the TAD has not given its final verdict before the weekend and the striker will once again benefit from the precautionary measure. “In addition, he takes many minutes. He can use rest. Very important games are coming up for us and we believe that he will be against Atlético ”, he pointed out. Pedri doesn't travel either.

The man from Egar admits that uncertainty is hard for the footballer and that the situation "is not easy or pleasant" for his rivals because "they don't know if he's going to be there or not."

Xavi likes the single-match Cup, who still remembers the eliminations against Figueres or Gramenet. "It's dangerous because they give you as a favorite and you can lose the title on the first day but it's good that there are surprises in football," he warned.

Regarding the rival, Intercity, he explained that he has a report on the match against Barça Atlètic. “It is a rival that with Siviero pushes up, although against Mirandés they did not. The field (played at Rico Pérez) is wide. It is a day to demonstrate. Although it is difficult to play when you are the top favorite, ”he predicted.

The blaugrana intention is that Iñaki Peña occupy the goal. “On the 2nd, which was the first business day, we presented the documents so that he could go from the subsidiary file to the first team. It is not that the Federation has warned us but that we were aware of the issue. They need to answer us but the player will be in the call”.

Xavi also announced that Ronald Araújo will start after his injury. The Uruguayan has not played for Barça since September 17. “He will play at the start. It will help us with his leadership. He has a lot of soul, he is a warrior and aggressive and we need that. I think he suits us well ”, he praised the return of the central defender within the rotations, which will also give minutes to Eric Garcia and Pablo Torre.

Finally, the Blaugrana coach insisted that he does not expect movements in the winter market and wants to keep Memphis. “The team is a winner. We have a great squad. I am very happy with what I have. I don't want to talk about reinforcements, ”he settled.