Xavi: "Lewandowski? Finding out a day before is not the best timing to prepare for a derby"

Xavi Hernández has rested but halfway. 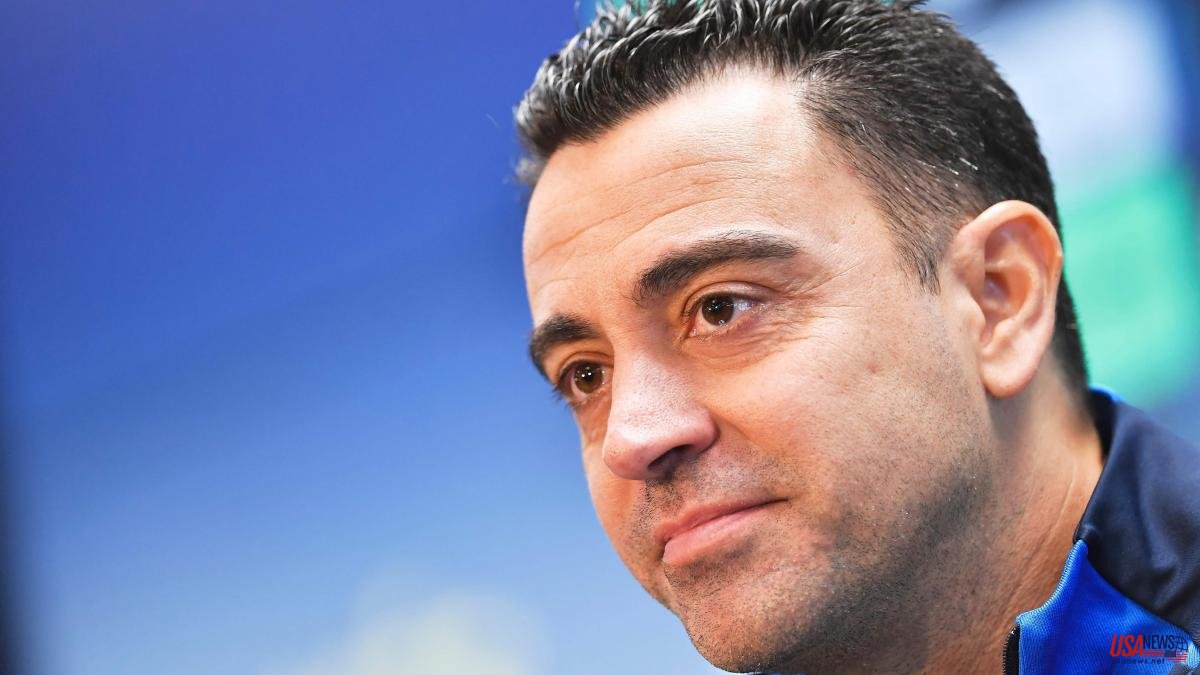 Xavi Hernández has rested but halfway. “During the break we have analyzed a lot of football. Strategy, defensive line, improvements... in my case it's 24 hours of football. We don't stop", acknowledged the FC Barcelona coach who met again with the media in the press room and also with Robert Lewandowski who could play the derby against Espanyol after the Central Contentious Court of Madrid has granted a precautionary measure to the sanction imposed by the Administrative Court of Sport.

The precautionary resolution of the sanction, imposed by the gestures of the Pole sent off at El Sadar in the last league game against Osasuna before the World Cup, has surprised the Barcelona coach“Lewandowski's timing has surprised us. They tell us that now there is a period of two or three days in which to appeal. This sanction has been known since November and the resolution should already be known. It is not a good organization. Now Lewandowski can play, but against Atlético I don't know. We will see what happens in a few hours ”, Xavi pointed out that he had already prepared the derby without Lewandowski and that, thinking of Espanyol, he understands that he could be upset. "Thinking of Espanyol it is clear that for them it is a significant loss and that it benefits us," he said.

Regarding the game, Xavi described the team as a team that was “very motivated after a month and a half without competing in the League. We are excited and want to win it. At the moment we are leaders but tomorrow we have a difficult rival who is very motivated in the derby. It is a team with a great coach, a group that has worked well defensively and with fewer points than it deserves”, he added.

There are no casualties on Xavi's list. All 24 players are available, although Eric Garcia was unable to finish the training session due to some discomfort. “It is in doubt. It has been noticed a bit but I think there are no discomforts or problems", explained Xavi. Ronald Araújo is also on the list, who has received a medical discharge, although the Blaugrana coach pointed out that "we have to slow him down a bit because he only knows how to give 100 %. Tomorrow will not start. We will manage him because it is a long injury and he needs to have a competitive rhythm ”.

Less forceful was with the French internationals Dembélé and Koundé who were the last to join. They did it this week. Dembélé on Monday and Koundé on Thursday. “You have to manage them too. We will decide tomorrow the load of minutes", said the coach who added that Ousmane Dembélé "is fine, happy, from the first day, I think he has been at a good level with France, headline, he has made a difference, working well, but it seems that being a finalist in a World Cup is a failure when in other sports it is a silver medal".

Beyond the derby, Xavi confirmed that Ter Stegen will be the fourth captain "because of his experience and ancestry" ruled out movements in the January transfer market "because I am very happy with the squad I have" and spoke of the situation of Sergio Busquets, That contract expires at the end of the season. “The situation is that he has a contract until June and then we will see how he feels. It is a personal decision of yours, of feeling and role. He knows that for me it is essential. But it will depend on him more than on the club and on me, ”he declared.

He also had a few words for Pelé, who passed away this Thursday at the age of 82, and who in his day assured that Xavi himself was better than him. “Pelé marked an entire generation, everyone wanted to be Pelé, he is a legend and I offer my condolences to his family. With his words to me it was somewhat exaggerated, he was always affectionate when we met, ”he pointed out.