"I'm looking forward to the end of the market to know the squad we have", said Xavi Hernández. 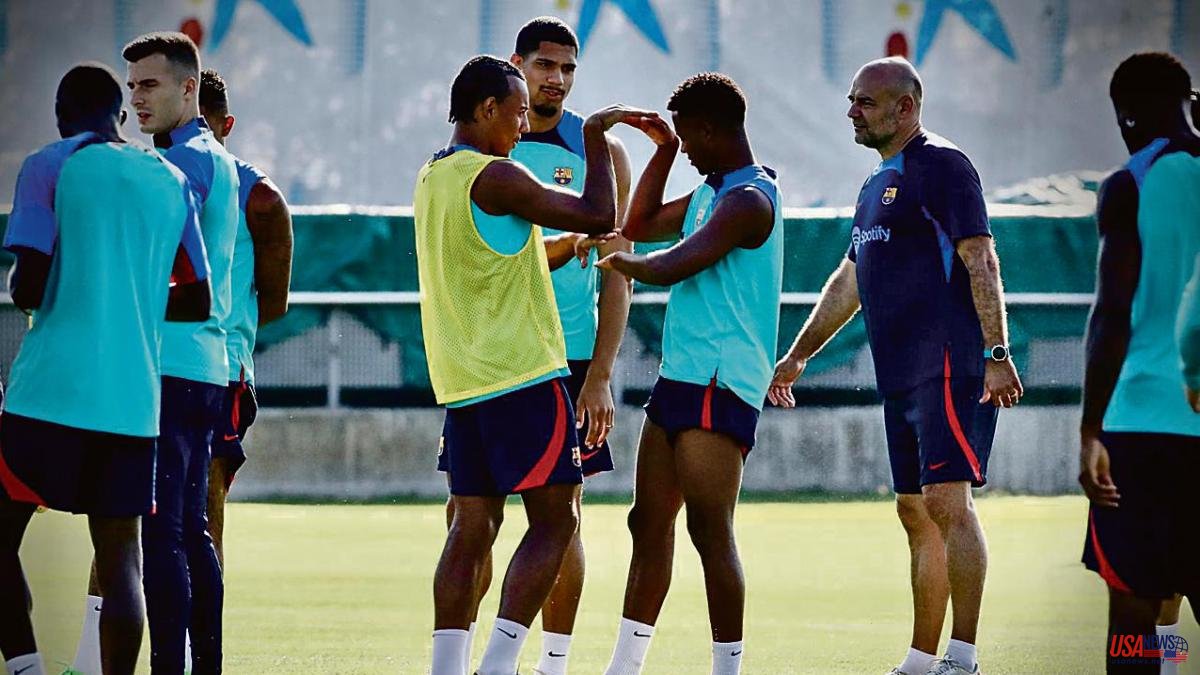 "I'm looking forward to the end of the market to know the squad we have", said Xavi Hernández. The Blaugrana coach begins to tire of the intensity of the run-run that I catch you that the club is experiencing under the shadow of an always exceeded wage bill that until yesterday prevented him from registering Jules Koundé. “We are optimistic that Koundé will be able to help us against Valladolid”, Xavi advanced hours before the French player's registration was certified.

He also explained how he could the surprising Blaugrana movement that managed to register the center-back without any exit being certified. The only difference compared to last week was the transfer of Umtiti to Lecce with Barça assuming almost all of his record, so the wage bill was barely lightened. “We are never going to adulterate the competition. It is being very difficult to register players. It's a matter of numbers and balancing fair play”, said Xavi. Solved the issue, Xavi's intention is to line up the Frenchman this afternoon. One less hot potato.

It happens that Xavi is a football man who would prefer to spend his time in the sports city planning system changes with the aim of not being so recognizable to his rivals, watching video sessions with his players or outlining starting elevens like the one he has to line up today at the Camp Nou against Valladolid. But for now he can't just focus on this. He is prevented by not knowing if Aubameyang and Memphis will continue, if Braithwaite and Dest -constantly discarded- will put an end to his time at Barça or if he will at least have the signing of a natural right back. “Four days left. Anything can happen”, he repeated several times like a mantra. More to make himself aware than the rest that he already has little left. Given the intensity of the matter, Valladolid was hardly discussed. Xavi did slip that “from the coaching staff we are admirers of Pacheta. He is an offensive coach without complexes. He will pose a tough match.”

There was more talk about the arrivals chapter. Xavi, who said goodbye to the summer dream of being able to sign Bernardo Silva with a smile and a “it's very complicated”, hopes that the revolution of the squad will be almost total with the arrival of two full-backs. "There are three possible scenarios," he slipped. Aware that the club is running out of time and that exits play an important role. In the best of cases, both places would be reinforced. At worst, the template would stay as it is. With Alba and Balde as options on the left-hand side and with more problems on the right, since Xavi does not have Dest, the only right-handed side in the squad. Yes, he highly values ​​the versatile Sergi Roberto, who aims to start today at the Camp Nou with Balde.

If the scenario is intermediate and he is forced to choose between reinforcing one position or another, Xavi has his preferences clear. “Looking at Balde's projection, we have the left-back position well covered. On the right we have Dest, but he already knows my position. Sergi Roberto, Araújo or Koundé will have to play. So, yes, the club's intention is to strengthen the position of the right-back”, Xavi pointed out.

To be able to close some innings, Barça needs to release players like Braithwaite. “He has known since May 17 that I don't count on him. I was quite clear”, insisted Xavi. More cryptic, he showed himself with Memphis and Aubameyang, footballers whom he appreciates and with whom he counts as substitutes up front. Especially with the Gabonese. He limited himself to responding with "I don't rule out anything." On the other hand, he did solve two unknowns. That Piqué “can help in another type of role” and that Pablo Torre “stays because we believe it is the best for him. This year should be a course of adaptation and learning”.

Every piece that the coach has is necessary before the calendar that will lead Barça to a month of September with the debut in the Champions League on the 7th against Viktoria Pilsen and then with the threat of Bayern Munich and Inter Milan. “We have had the most difficult group in the last 20 years. The goal is to pass. Go for it”, sentenced Xavi.