Demanded in the classification, economically drowned and with a short and unbalanced squad, they take on many positions. 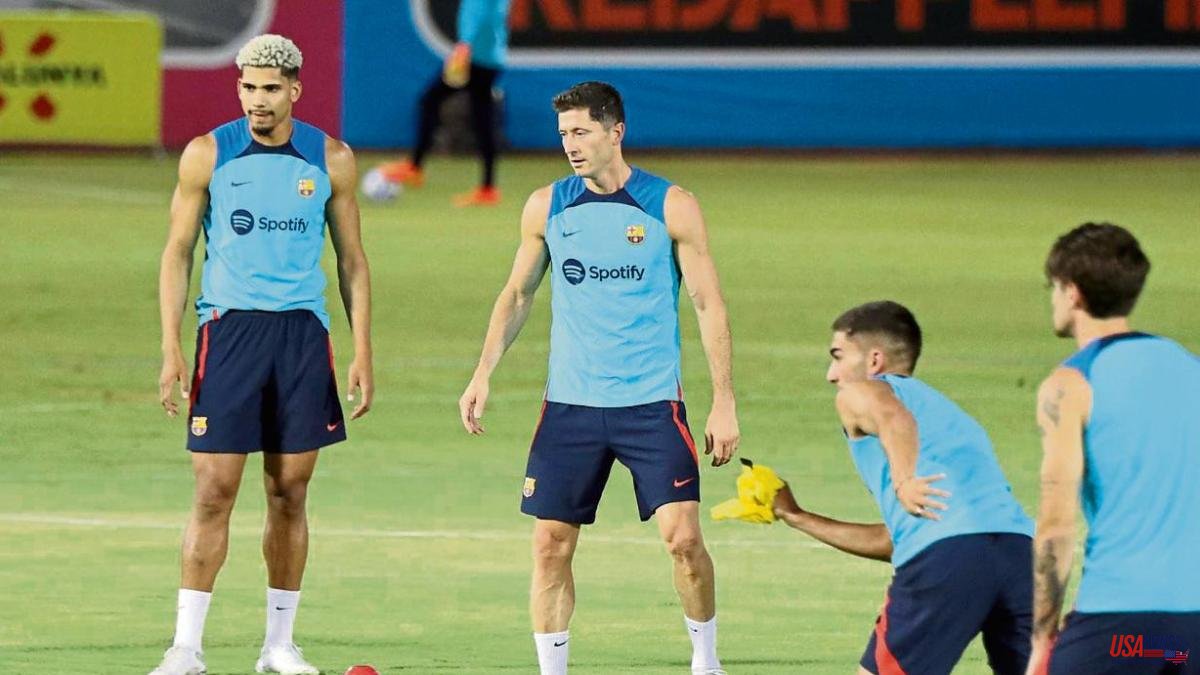 Demanded in the classification, economically drowned and with a short and unbalanced squad, they take on many positions. That was the panorama that Xavi Hernández found when he arrived at the Barça bench last November. A perfect storm. Although his speech was high from the beginning, he had many arguments to lower expectations that finally fell by his own weight, far from adding titles to the museum's showcases at the end of the season. The defeat at home against Villarreal on the last day of the league, with nothing at stake for the azulgrana, was the sad epilogue to the course of a team and a club with a lot of homework to do in the summer. “Now it's time to work in the offices, which is even more important than football work. We have to reinforce ourselves well, because if we don't we won't be able to compete. We cannot be another year in white”, asked the coach from Egar to the board that May 22. Two months later, Barça seems to be different, supported in defense, in midfield and up front.

In the last winter market there was already an advance of signings, of which Ferran Torres and Pierre-Emerick Aubameyang have remained, but in recent weeks incorporations have been completed that have increased the quality of the team and the illusion of Barcelona in equal parts . Xavi now has a squad under his command with almost all the positions doubled, which was one of the Catalan's demands to aspire to all the titles and in turn generate competition among his pupils. A success achieved in large part by the shadow work of the director of football, Mateu Alemany, and above all by the famous economic levers, which have allowed the checkbook to be drawn, something impossible recently.

Barça started the summer taking advantage of the market opportunities with the arrivals without transfer cost of Franck Kessie and Andreas Christensen. The Ivorian, a physical all-rounder, will bring a different profile in midfield to the talented Pedri, Gavi and the reinstated De Jong, while the Dane completed the quartet of central defenders awaiting the desired Jules Koundé, the last great effort financial requested by Xavi. The sides are the only pending issue at the moment, although Barça is still working on signing César Azpilicueta for the right wing and Marcos Alonso for the left, the one chosen to fight for ownership with Jordi Alba. For now, the young Alejandro Balde, practically unpublished last year, does not seem to disturb the hegemony of L'Hospitalet.

On the offensive line, on the other hand, the fight to get into the starting eleven seems wild. When no one expected it, with ojiplático European football, Barça exhibited economic muscle with the hiring of Raphinha and Lewandowski, the crack that the Blaugrana needed to believe their return to the continental elite. The re-signing of Dembélé added to the landing of the Brazilian and the Pole have raised the level of the forward, where there is now overbooking. The last of the list of attackers seem to be the youth squad Álex Collado and Memphis Depay, who could be one of those who leaves the team before August 31 before a future Barça prostrate on the bench. The Dutchman, however, is not in the discard group, where Umtiti, Riqui Puig, Braithwaite, Mingueza and Neto do appear, still members of the squad and to date without offers that satisfy them. In any case, they do not count for a Xavi who now has time to impose his ideas on a guaranteed squad, but also more pressure in a season where there is no margin for error.