It can be said without fear of being wrong that Xavi Hernández is the lord of derbies. 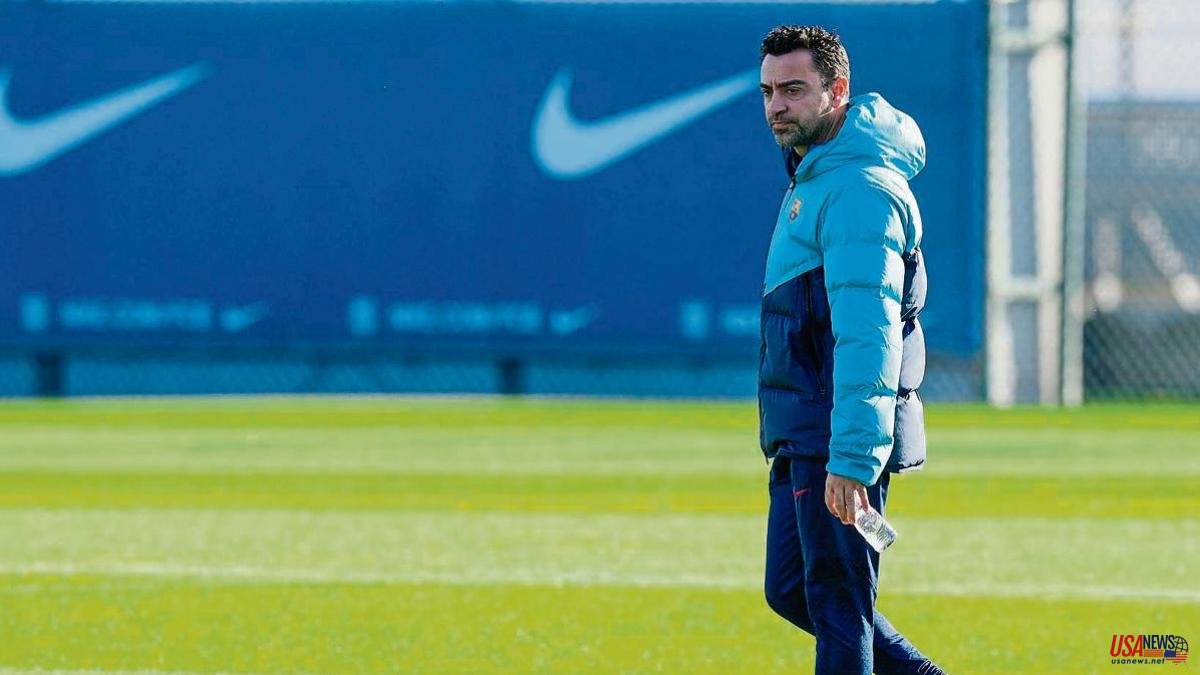 It can be said without fear of being wrong that Xavi Hernández is the lord of derbies. No Barcelona player has played so many times against Espanyol (36) and is the opponent he thrashed the most (6) and won the most (25 wins to just 2 losses) in his long playing days. Against the blue and whites he played his 500th game in the League. Everything, within a dynamic of competition and rivalry that came from grassroots football.

But this story does not end when he was a player, but continued into his time as a coach. Because the Terrassa coach, who will try to lead Barça to victory against Espanyol on Saturday, made his debut as a Blaugrana coach in a derby at the Camp Nou on November 20 last year. He did it with a rushed and controversial victory that came with a penalty that Memphis Depay converted.

That Barça that had just fired Ronald Koeman was in depression and caught with tweezers. This Barça returns to the competition after the World Cup as the leader of the table, although still as a team under permanent construction. In these thirteen months, Xavi's team has mutated its skin several times, as if the painting never finished. Sometimes it seems that the key has already been hit and at others, that there is still a long way to go from sketch to work.

The truth is that, of the footballers that the coach put in contention against Espanyol at his debut, half are not currently at Barcelona. Mingueza went to Celta, Piqué has retired, Nico is on loan at Valencia and Abde at Osasuna, Illias plays for the subsidiary, Coutinho was transferred to Aston Villa, Riqui Puig made the Americas and Demir defends the colors of Galatasaray . It is not the only thing that has changed. Barça and Espanyol arrived tied after thirteen days. A very different situation from the current one, when the blue and whites are 25 points behind the Barcelona fans after 14 league games played.

At that time, neither Aubameyang nor Adama Traoré had yet arrived at Barcelona, ​​who barely spent six months at the Camp Nou, with the former having more influence than the latter. The discussed today Ferran Torres was not even signed. Of course, at Espanyol, Raúl de Tomás led the project from the field and Vicente Moreno from the bench. Neither of them remains in the blue and white team, nor did he continue, because the club did not want, the goalkeeper Diego López.

For yet another season, Espanyol will try to break their losing streak at the Camp Nou, since they have lost consecutively 14 times since they won in 2009 (12 in the League and 2 in the Cup).

Curiously, the one that does remain at Barça despite having been more outside than inside is Memphis, which will not make it easy for them to leave in this winter transfer window.

The Dutchman ends his contract in June and considers that it will be then, at the age of 29, when he will be able to get a good slice if he leaves with the letter of freedom to a club with bells. Memphis has not played with Barça since September 17 against Elche. He then got injured with his team and did not reappear until November 21 at the World Cup in the Netherlands-Senegal. He did not risk at all not to miss the Qatar tournament and now, back in Barcelona, ​​he is one of Xavi's options for the forward, Lewandowski absent due to suspension against Espanyol.

The Blaugrana coach will recover all his troops this Wednesday when Koundé joins, the last of the remaining World Cup players to return to work with Barcelona. During this break he has obtained the Sergi Roberto medical discharge and is close to completing his Araújo set-up. Xavi can't complain about the lack of wickers.