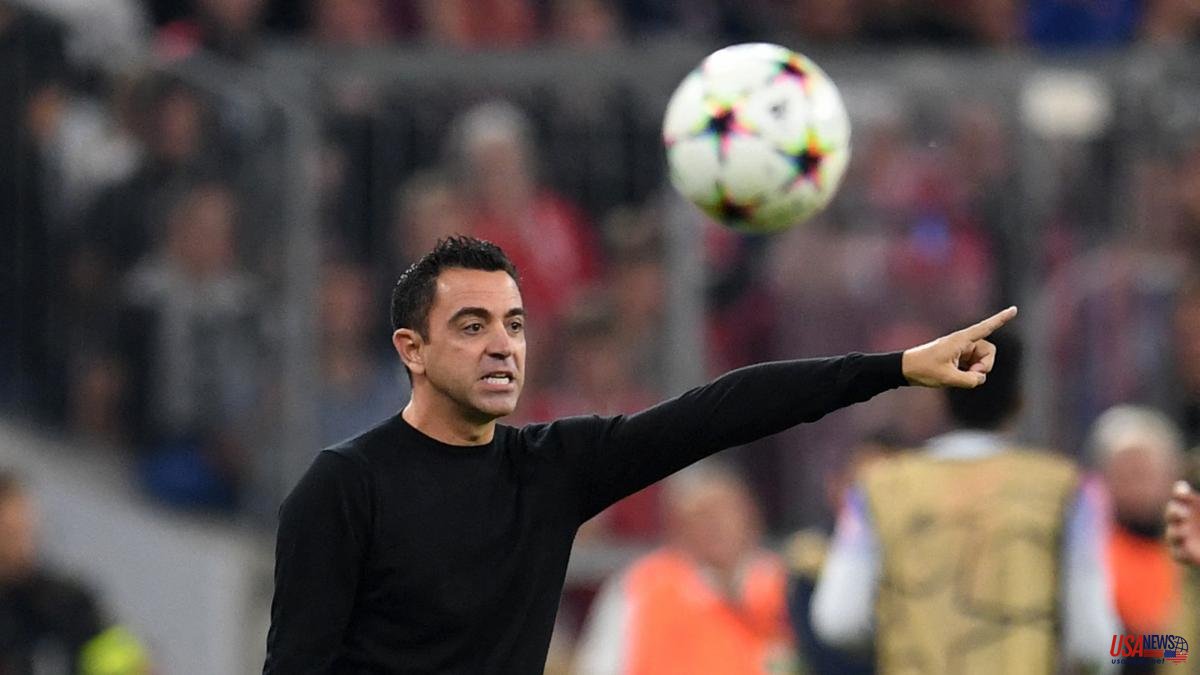 Club football stops for 15 days. And in the case of FC Barcelona, ​​a total of 18 Barça players have been called up by their respective national teams. This is a figure that contrasts with the eleven internationals called by their coaches a year ago and a clear symptom that the Blaugrana squad is now much more competitive. At the moment, Barça does not have any foreign footballer who is not international.

The diaspora of internationals assumes that the Barcelona coach, Xavi Hernández, will stay for a week with six members of the first team who will alternate training sessions with rest days. The six players who remain in Barcelona are Ansu Fati, Marcos Alonso, Héctor Bellerín, Gerard Piqué, Sergi Roberto and Iñaki Peña.

All of them except Iñaki Peña have been international with the absolute. Marcos Alonso and Ansu Fati did make it onto Luis Enrique's June list to play in the Nations League. Alonso has 9 caps and Fati with 4 although he only participated in two games since in June he was immersed in a recovery process that is still latent.

Héctor Bellerín has four caps. Three times Del Bosque summoned him and once, the last, Luis Enrique in 2020. The Spanish coach did summon Sergi Roberto at the last minute a year ago due to Brais Méndez's injury. The one from Reus, who is now dragging discomfort, has 11 caps. Gerard Piqué deserves a special mention that after the 2018 World Cup in Russia he announced that he was retiring from the national team. Piqué put an end to his stage after 103 games with a World Cup (2010) and a European Championship (2012) in his record.

Currently the Spanish team is the team with the most presence of Blaugrana footballers. Luis Enrique has named six Barça footballers for the list of matches that will face 'la Roja' with Switzerland, at the Romareda stadium in Zaragoza on the 24th, and with Portugal, in the town of Braga on September 27. Defenders Eric Garcia and Jordi Alba, midfielders Sergio Busquets, Pedri, Gavi and striker Ferran Torres will be the Catalan footballers who will defend Spain.

There is also a Barça presence in the list of the U-21 team. And it is that goalkeeper Arnau Tenas and full-back Alejandro Balde will be part of the concentration of Luis de la Fuente's team that will face the U-21 teams from Romania and Norway in friendly matches on Friday 23rd and Tuesday 27th.

The French coach, Didier Deschamps, has once again trusted Ousmane Dembélé, who was absent in the last call-up in June. He has also called Jules Koundé.

The French team will face Austria on September 22 and will visit Copenhagen to face the Danish team on the 25th.

There have been no changes in the concentration of the Netherlands led by Ronald Koeman. The former Barça coach continues to trust Memphis and Frenkie de Jong. The Dutch team will visit Poland on September 22 and will host the Belgian national team on the 25th.

For his part, goalkeeper Ter Stegen has also been chosen by the German coach, Hansi Flick, to represent his country on this day of the Nations Legue. Germany will face Hungary on September 23 and will visit Wembley to face England on September 26. It should be remembered that the German did not attend the summer with the national team to recover well from his knee and that he has returned in very good shape. The German has only conceded 4 goals in eight games, three of them in the Champions League. One was against Pilsen and the other two against Bayern.

Striker Robert Lewandowski, who also serves as captain, is a fixture in Poland's squad, which will play two Nations League games with the Netherlands. The first will be on Thursday the 22nd in Warsaw against the Netherlands and the second against Wales on Sunday the 25th in Cardiff.

Another regular, Andreas Christensen repeats on the list from Denmark. And it is that the central culé is an important footballer for the Scandinavian team, where he has also come to play in the pivot position. Denmark will visit Croatia on September 22, before receiving France on the 25th.

On the other side of the pond, Ronald Araújo is another regular with Uruguay, who will play two friendly matches in preparation for the World Cup in Qatar. The Uruguayan team will face Iran on September 23 at the NV Arena in Austria, and Canada on the 27th, at the Tehelné pole stadium in Slovakia.

The Brazil coach, Tite, also had Raphinha to complete the 'canarinha' list. The culé winger will be part of the Brazilian team that will face Ghana on September 23 at the Stade Océane in France, and Tunisia on September 27, at the Parc des Princes in Paris.

Finally, the Barcelona squad will also be represented in Africa, where Franck Kessié is part of the Ivory Coast squad to play two friendlies. The Ivorian team will face Togo on September 24, at the Stade Robert Diochon in France, and Guinea on the 27th, at the Stade del Unicornio in Amiens.