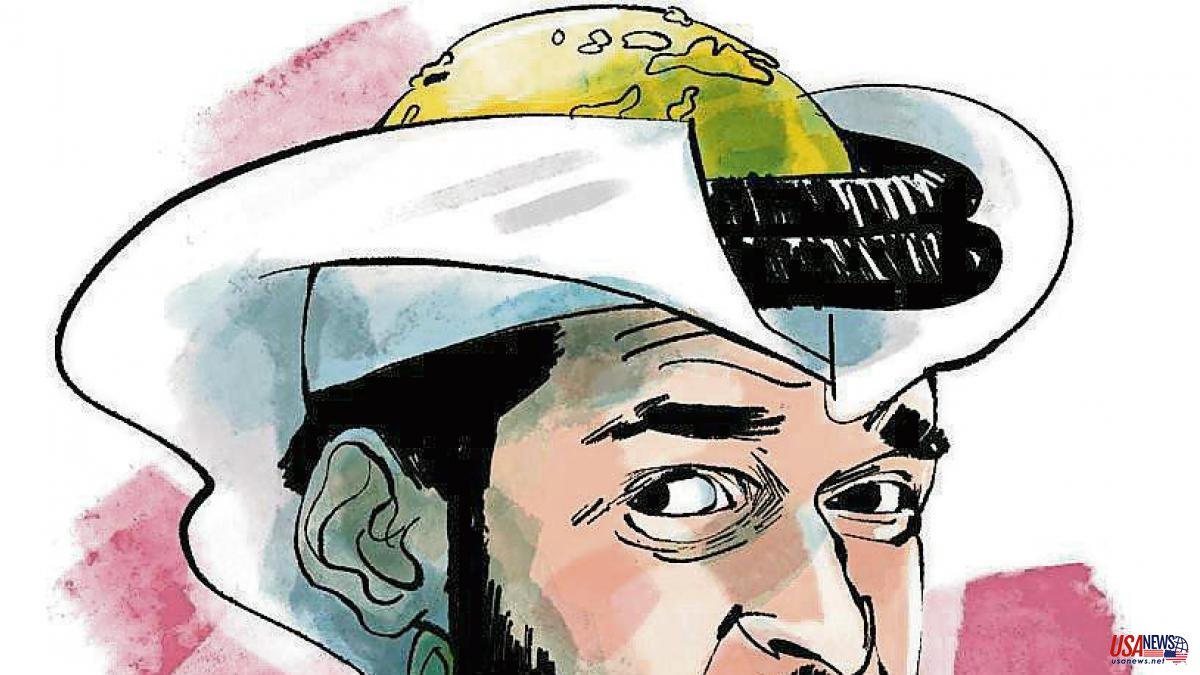 My respects. You were the CEO of the committee that in 2010 promoted Qatar's triumphant candidacy for the World Cup, which begins today. Since then you have been in charge of organizing the tournament, not excluding the construction of seven new stadiums. Your official title, I see, is Secretary General of the Supreme Committee for the Delivery and Legacy of the 2022 World Cup. I repeat: my respects.

I understand that you studied law at an English university. They taught him well. Never has a lawyer executed more complicated persuasion work with more success. The rivals he had in 2010 were not a piece of cake: the United States, Japan, South Korea and Australia. He also had against him that the technical team that FIFA had sent to evaluate the virtues of each of those countries determined that Qatar was the least suitable to hold a soccer World Cup.

I know well the Chilean FIFA employee who led that technical team. Harold Mayne-Nicholls told me that his job was to rate potential venues based on infrastructure, football tradition and, among other things, the weather. Qatar received far fewer points than any of the other four candidates. Clearly, according to Mayne-Nicholls, none of the FIFA executive committee members who voted for Qatar bothered to read their report, despite the considerable work, time and money it cost the venerable organization tasked with overseeing for humanity's favorite pastime.

Rather, as my friend Harold told me, "they passed it to you-know-where."

But, understand me, Mr. Al Zawadi, I mention all this to applaud, to celebrate, to monumentalize your feat. He accomplished the most impossible mission impossible in Arab lands since Moses, with divine help, parted the Red Sea. He convinced 14 of the 22 members of FIFA's executive committee to vote for Qatar, making it clear to them at the time that the World Cup would take place in June, when temperatures can reach 50 degrees. Then it changed, of course. Taking into account, with unusual consideration for others, the high possibility that numbers of players and fans would die of heat, an historic exception was made and it is now held in the Qatari winter: 30 degrees, nothing more.

But I do not want to underestimate the value of what you did, Mr. Al-Zawadi, and that is why I insist on highlighting the magnitude of your triumph. He persuaded FIFA to vote for all 64 World Cup matches to be played below 50 degrees Celsius, enough to cook good fried eggs on the streets of Doha, the Qatari capital.

And then, after the year of infamy – sorry, glory – 2010, you were the chief supervisor of the pharaonic mission to build not only seven stadiums in 12 years, but also 100 new hotels. I know Doha, which is the same as saying that I know Qatar, because there is no room for anything else. With respect I would say that it is not a place that will attract many tourists once the World Cup is over. It's not Palm. It will compete with neighboring Dubai, perhaps, for the Russian oligarch market and the market for professional footballers. But neither the new hotels nor the stadiums will be of much use in the future, making the sacrifice Qatar has made to cheer up the world's soccer crowds even more commendable.

And not to mention, of course, the sacrifice of the construction workers. A toast to them, right? They deserve it just as much as the slaves who built the pyramids at Giza, especially those who died for the cause, all foreign workers, from poor countries like Pakistan, Bangladesh and Nepal. Qatar's 320,000 registered citizens, 12 percent of the population, do no manual labor. Well, from what I saw when I was there, they don't do homework, period. You, Mr. Al-Zawadi, are a notable exception, but in general what they do is cruise the wide avenues and the widest deserts in their Lamborghinis (I noticed that the color purple was especially common in Doha for this popular brand car) and to have coffee day and night in the lobbies of six-star hotels.

Good luck to them, I say. Although, if you allow me, I wouldn't want to share it. She would rather be an elevator operator in Paris, as they say, than rich in Qatar. I have never seen a more artificial, more soulless, more morally empty place. I am referring in part to the treatment of those of the majority of the other 2,600,000 Qataris who do the hard jobs, like washing and ironing and building stadiums. I saw it with my own eyes on several occasions: beaten like sheep. Yes, literally.

That is why, excuse me, I was surprised to see that you consider those who question how exactly you managed to convince FIFA executives to vote for Qatar in 2010 as “racists”. frankly, that there are legitimate reasons that have nothing to do with racism to question the choice of your country as the World Cup venue.

To remind you, you said so in a new Netflix documentary series called FIFA Uncovered and on Friday in an article you signed yourself in The Times of London. "It is deeply regrettable," he wrote, "that so many of these comments [about the World Cup in Qatar] are based on racist platitudes based on prejudice against the Arab world."

I confess that I felt alluded to. Look, I'll take off my mask and tell you that in my opinion the closest thing to racism here is the contempt that you and FIFA have shown towards the billions of soccer fans that we enjoy as children of the sport and, to this day, , never more than in a World Cup. Celebrating the World Cup in Qatar is an offense against the innocence of us, ordinary soccer fans, a kind of child abuse.

Perhaps when you studied at university you heard the famous phrase of the 18th century English writer who said that patriotism was “the last refuge of a scoundrel”. My point is that accusing people you disagree with of racism is too often a scoundrel thing too.

Have a nice World Cup.