"Woody Allen enjoyed Barcelona as I have rarely seen him"

At home, or at least that is how the musician and pianist Conal Fowkes feels when he returns to the Café Vienés of the Hotel Casa Fuster in Barcelona. 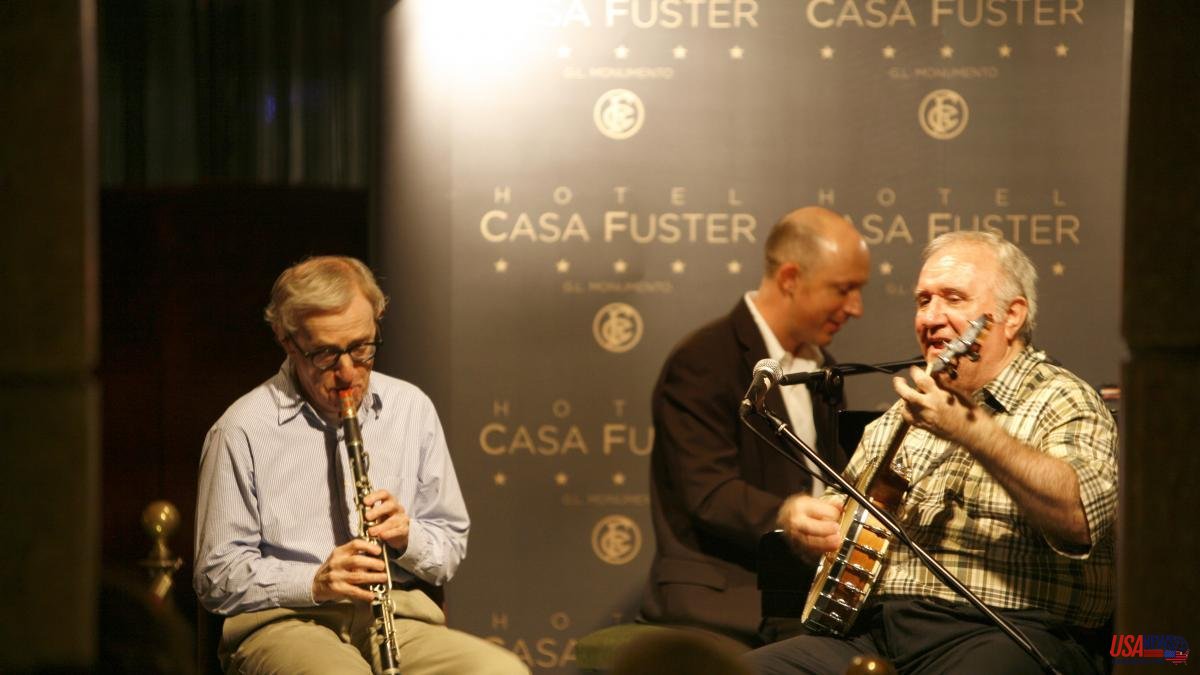 At home, or at least that is how the musician and pianist Conal Fowkes feels when he returns to the Café Vienés of the Hotel Casa Fuster in Barcelona. Or at least that's how he recognizes it, who will be in charge today and tomorrow of celebrating fifteen years of jazz programming at the emblematic space.

Like at home because it is there where he has played on many occasions, many of them with Woody Allen, whose band he is a pianist, or when he came in a duo format with Eddy Davis, the banjo player of the same band.

On this occasion, Fowkes will offer two different sound sessions: today Thursday in a solitary key and tomorrow Friday in a kind of jam session with local musicians. He tells it himself: "The first day, today, will be like a celebration, fun, me playing the piano in the café, fragments of some of his soundtracks, jazz classics and songs of the time and the varied repertoire that we played in that one where Woody's orchestra. And Friday will be a more collective day, because I'll join some magnificent jazzmen from the Barcelona scene like Òscar Font, Julie Amy or Doc Scanlon. The idea is to make a program with a dixieland flavor and also get into the varied repertoire that we played in that one in Woody's orchestra.

Fowkes, who is also a double bass player and sought-after composer -one of his last outstanding pieces is A raining day in New York-, remembers that "about seventeen years ago we were on tour with Woody Allen's band and we stayed at the Casa Fuster The people in charge of the hotel at the time wanted to meet him and a good chemistry was immediately established. Two years later we found out that Allen was going to spend two months in the city shooting Vicky, Cristina, Barcelona. We told the hotel people, with whom we had a good relationship because we had already stayed there before on tours of the Woody Allen Jazz Band, that if we played there it would be possible for Allen to sign up when he had free time after filming. They said yes, and that in the hotel they had never had music before since it was Casa Fuster. And so it happened. And Eddy and I spent ten weeks performing at the Café five times a week and Woody came three or four times a week. The success was e tremendous: there were queues in the street.

That summer was the first time the pianist struck the keys in the beautiful (and acoustically flawless) room. "Eddy and I played a mix of songs from Woody's movies like Annie Hall or Manhattan and New Orleans jazz that Woody played with the band, which I joined in 1999."

After that year with Eddie he went back to play at the Viennese Café on a couple of occasions, while with Woody's band he thinks that one more time

And that connection with the American filmmaker that began in 1999 is still active today. "In fact, we were playing every Monday as usual at the Carlyle Cafe in Manhattan, until the day the government closed everything because of covid. A couple of years passed and it seems that the place has changed management and they decided to change everything their music programming. So right now, the band doesn't have a place to play, Woody included. Now we're waiting to start somewhere else in Manhattan. We haven't played live for three years, but we do rehearse."

How do you remember all that lived in Barcelona fifteen years later?

Without a doubt, one of the most indelible moments of my artistic life. And I saw Woody enjoy himself like few times in his life. I wish it could be repeated.