Witsel signs for Atlético for one season

Atlético de Madrid made official this Wednesday the signing of Belgian midfielder Axel Witsel, 33, for one season and who arrives at the rojiblanco club after expiring his contract with Borussia Dortmund on June 30. 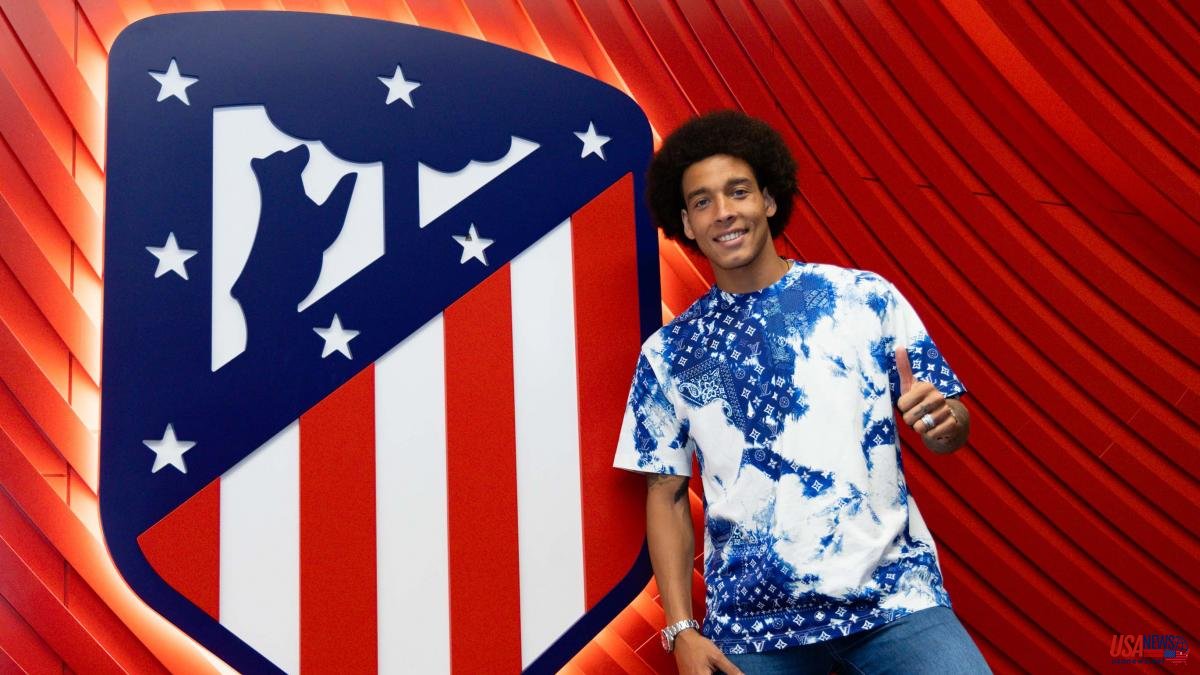 Atlético de Madrid made official this Wednesday the signing of Belgian midfielder Axel Witsel, 33, for one season and who arrives at the rojiblanco club after expiring his contract with Borussia Dortmund on June 30.

"Axel Witsel (Liège, January 12, 1989) is already a new Atlético de Madrid player after the agreement reached between our club and the Belgian footballer, who signs for one season," the entity points out. "Our new midfielder will bring a lot of experience, as he has played more than 600 official matches," he adds.

Witsel is already part of the eleventh project of the Argentine coach Diego Simeone and arrives in Madrid to replace the departure of Héctor Herrera and reinforce the position of central midfielder. The Belgian is an important reinforcement for Atlético due to his technical and tactical quality and because he arrives at zero cost. He is a midfielder with arrival, capable of managing the creation and delivery of the ball and with the ability to work and recover.

The president of Atlético, Enrique Cerezo, has already acknowledged that the signing was "practically done". "There is practically nothing missing," he said at the presentation of MADCUP 2022 at the Metropolitan.

The agreement with Witsel is for one season, until June 2023, and Simeone is waiting for him to work with the rest of the squad next Sunday, July 10, when the team begins preseason. The Belgian joins Samuel Lino, a Brazilian winger from Gil Vicente, for whom Atlético will pay 6.5 million euros, as the first two signings of the 2022-23 season.

Witsel made his professional debut in September 2006 at Standard Liege, the first of five clubs in his career. After the 2010-11 academic year, with 194 games played, scoring 45 goals, with his country's club, he was transferred to Benfica. In Portugal he played a year and fifty games.

Later, he came to Zenit for five years in Saint Petersburg, with 180 duels and 22 goals, between 2012-13 and 2016-17. Later, when the Chinese League stirred up the market with millionaire contracts and signings, he went to the Asian country with the Chinese Tianjin Tianhai, where he remained until 2018, before being transferred to Borussia Dortmund. His next destination, Atlético. With Borussia Dortmund he became a fundamental pillar of the German team, with whom he played 145 games, 41 of them in the 2021/22 season.

He has played more than 600 official club matches, of which 77 correspond to the Champions League and 42 to the Europa League, in addition to having participated with Belgium in two World Cups (2014 and 2018) and in two European Championships (2016 and 2020). .