With Vermeer or Van Gogh anyone dares

It is fair to recognize that no two activists are the same, even if they are part of the same organization, Just Stop Oil. 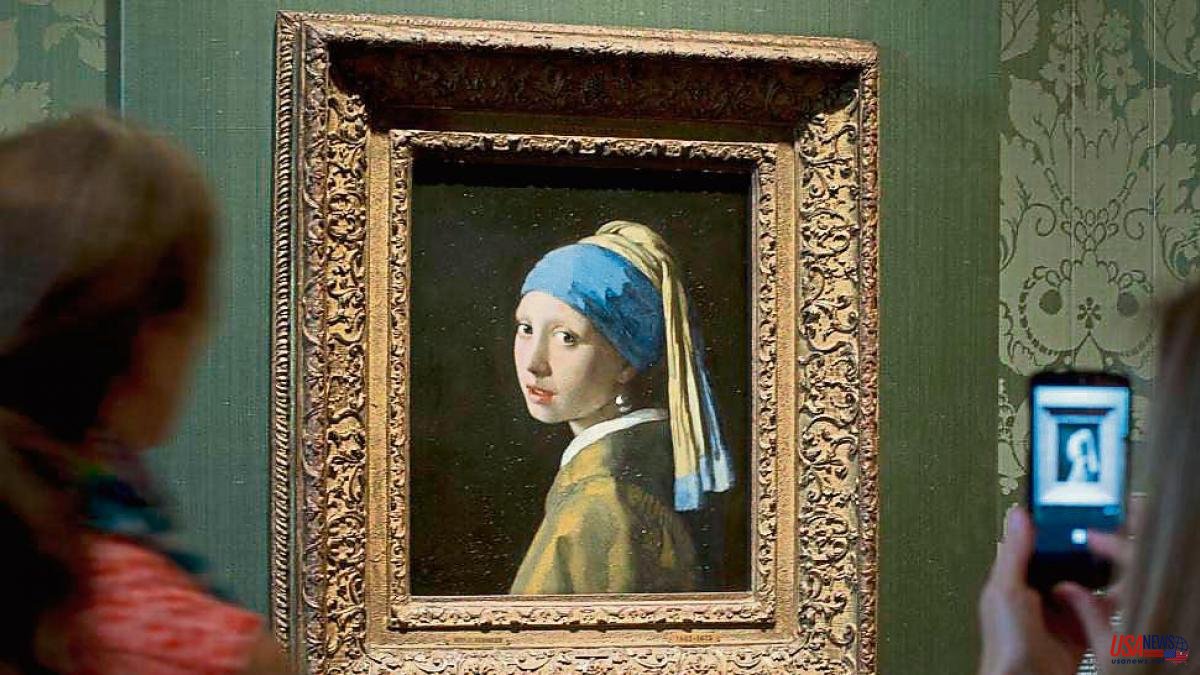 It is fair to recognize that no two activists are the same, even if they are part of the same organization, Just Stop Oil. One of the environmentalists who intervened with glue Vermeer's Girl with a Pearl Earring said he did it to express what it feels like when something beautiful and priceless is destroyed before your very eyes, thus drawing an analogy between the fragility of art and that of the planet Whether you agree or not, it is still sophisticated thinking.

Instead, one of the activists who threw tomato soup on Van Gogh's Sunflowers reasoned her action with more basic arguments: “What is worth more, art or life? Is it worth more than food? Is it worth more than justice? As if the money invested in protecting and promoting works of art is to blame for the world's ills. It is the same tiresome reasoning that ends up relegating investments in culture: there is always a more pressing need than promoting art.

But, however they are argued, these protests – which have resulted in very slight material damage so far – deserve to be analyzed from other points of view that do not leave their promoters in a good place. First of all, because these are reckless actions that can one day end in tragedy. Just Stop Oil activists are probably careful in their interventions, but the fame they are achieving may encourage more indiscriminate attacks.

Because there is nothing more defenseless than a work of art exhibited in a museum. The mere fact that it is shown as it came into the world, even if it is protected behind glass, implies the acceptance by all of an implicit commitment of admiration and respect. Who breaks it, betrays and harms the community. Because if this type of action proliferated, museums would have to take extraordinary protection measures, and the result would be that we would end up contemplating only replicas or recreations. Only a select minority would then have access to the originals.

Achieving notoriety with an articide is easy and does not carry particularly rigorous penalties, although the Spanish Supreme Court has recently laid the foundations for a more guaranteed doctrine regarding artistic heritage.

Masterpieces –as Màrius Carol underlined in this newspaper– are also usually exhibited in public museums. They are institutions that tend to be underfunded and depend on private donors for their survival. They are, so to speak, one of the weak links in the institutional landscape.

Of course, the anger of the activists is more than justified. We have reached a point where mere inaction on the climate crisis is already an attack on our shared future. It is not unreasonable to think that today's rulers will end up being judged not for their achievements or their mistakes in matters that a priori they consider important, but for not having done anything to stop the climate disaster when there was still time.

But should organizations like Just Stop Oil place their focus on art when there are much more irresponsible sectors when it comes to dealing with global warming?

Culture has been involved in raising awareness of the climate crisis for decades. Not only are there endless works that address the problem from all areas: cultural institutions themselves are often at the forefront of measures to reduce the ecological footprint. The Mauritshuis museum in The Hague, where Vermeer's work is attacked, is developing a sustainability program to operate without carbon emissions from 2024.

Are there really no other scenarios more conducive to climate activism than the modest and defenseless area of ​​everyone's museums?