With Michael Norman, the United States monopolizes the speed in Oregon: gold in 400 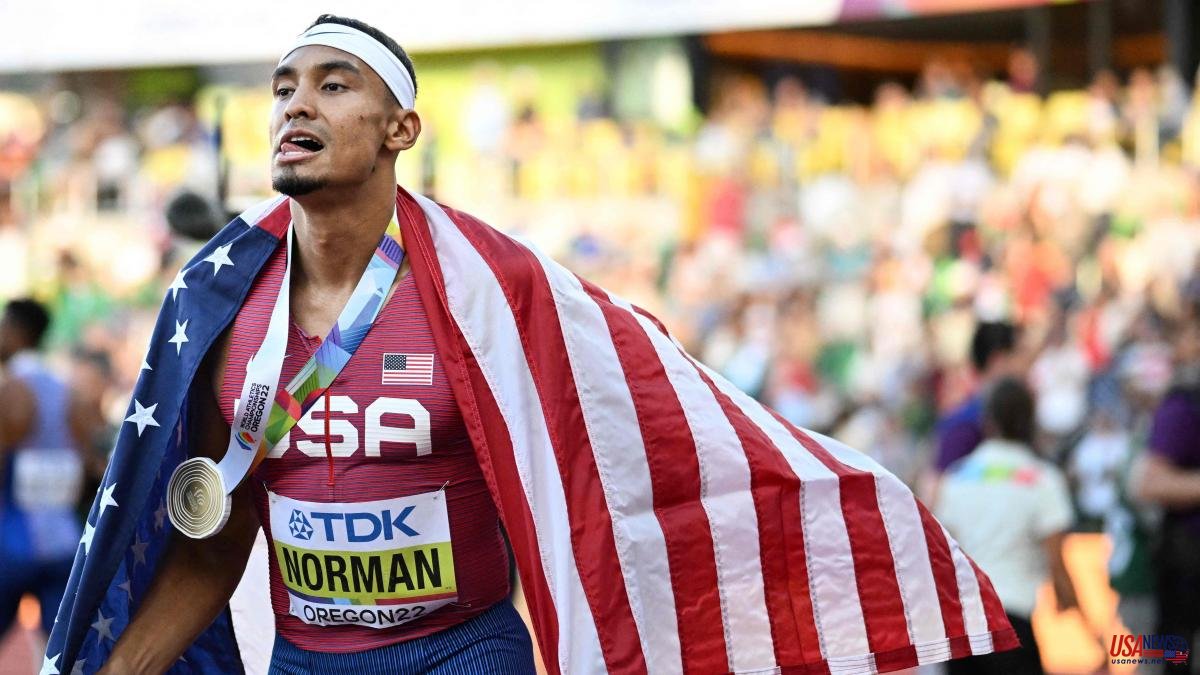 (be patient, repeated endless times, have faith in the process)

Because that is what the mind asks: be patient, have faith.

Well, almost always, in the big events, Norman, presumed star of the return to the track - he is considered the successor of Michael Johnson and Jeremy Wariner -, had crashed into himself.

They never made it clear to us what had happened at the Doha World Cups in 2019.

Disconfigured, Norman -favorite then- had gone out in the semifinals.

An injury whose diagnosis no one has clarified.

We do know what had happened at the Tokyo 2020 Games, the ones last summer: simply, Norman, a mix of African-American and Japanese, had dismounted in the final of the 400 to finish fifth, in 44s31.

And while he repeated the message over and over again, a refrain that would become a mantra, Michael Norman had decided to go back to basics.

Or so his environment tells.

The origins included even more work (Norman has always been a Stakhanovist in training), but also more smiles alongside his coach, the legendary Quincy Watts, the mythomaniac will remind you: Watts had been Olympic gold in the 400 at Barcelona'92.

It was necessary to recover all that spontaneity that Norman had been losing in recent times. The list of restaurants he wants to visit in Los Angeles, a plan to skydive... More fun, more life.

From that return to the basics, a stronger and more consistent Norman was going to emerge, both in the synthetic and in the gym: if before he did ten squats, now he did fifteen and five kilos more.

Hayward Field attended this change of third this Friday: solid and imperial, Norman withstood the onslaught of Kirani James (10:81 in the first 100, 20:95 in the 200) to emerge in the last straight and overcome the hero of Granada and take over the title world, in 44s29.

(In that same test, Wayde van Niekerk, the world record holder who had ruined his career in 2017, by destroying his knee in a charity rugby match, was fifth, in 44.97, almost two seconds off his record, which is in 43s03; James was second, in 44s48, and Britain's Matthew Hudson-Smith, bronze, in 44s66)

-If I wanted to do it, it was because of the fans at the stadium. Guys, you are the best -Norman said as soon as they passed him the microphone, to the happiness of the parish.

The Oregonians rubbed their hands at what has happened in recent days (for them it has been the 100 gold and the 200 gold, both triplet), at what had just happened (Norman's gold) and at what what was going to happen later.

Well, in the next race, Sydney McLaughlin broke her world record for the women's 400m hurdles, by signing 50s68.

But that is another chronicle.