Williams' slip that deprived Ghana of the tie

Football is moments, and in a matter of seconds a game can change completely. 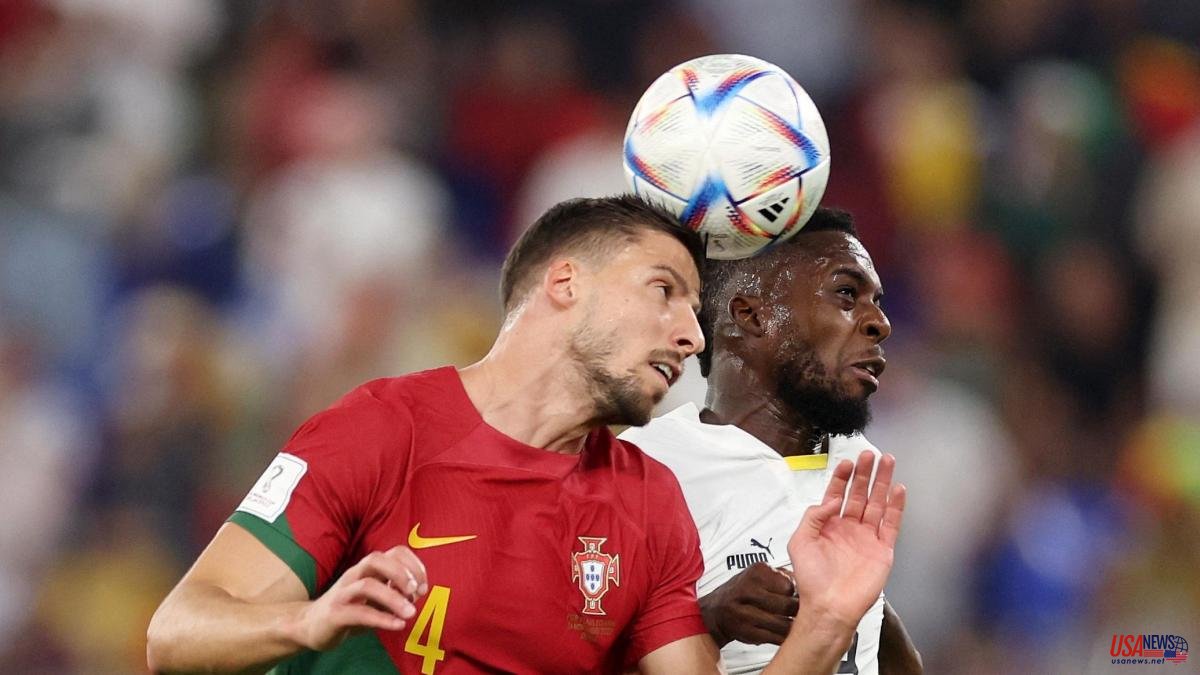 Football is moments, and in a matter of seconds a game can change completely. But tell Iñaki Williams. The Athletic striker was on the verge of getting his team's equalizer in the 98th minute, in the group H match between Portugal and Ghana. However, a fortuitous slip left the African team with honey on their lips. The Portuguese team ended up taking the victory with a favorable result of 3-2.

The penultimate game of the first day of the group stage of the World Cup in Qatar was even on the scoreboard until in the 65th minute the star of the Portuguese team, Cristiano Ronaldo, put his team ahead with a penalty goal. In minute 73 the Ghanaian André Ayew tied the score, but the joy of The Black Stars did not last long, since in minute 78 João Félix scored the second for Portugal. Rafael Leão's goal in minute 80 seemed to seal the game, but Ghana closed the gap again with Osman Bukari's goal in minute 89.

When the Portuguese team was already celebrating the victory, Ghana was about to give the bell. The 98th minute was running when goalkeeper Diogo Costa dropped the ball to serve long. However, he did not notice the presence of Iñaki Williams who was waiting behind him. The Athletic player snatched the ball from him, and when he was about to define he slipped and lost all the advantage. Seconds later the referee of the match whistled the end.

If it weren't for that slip, the panther would not only have rescued a point for his team, but would have left behind a 36-year drought in which Athletic players who have played in a World Cup have not been able to score even one bit. . The last ones were scored by Julio Salinas and Andoni Goikoetxea in the 1986 World Cup in Mexico. Salinas did it against Ireland and Goikoetxea against Denmark. Will the Williams manage to break that losing streak in this World Cup in Qatar?