Will United We End as IU?

The decline of United We Can seems to lead to a voting space very similar to that of Izquierda Unida. 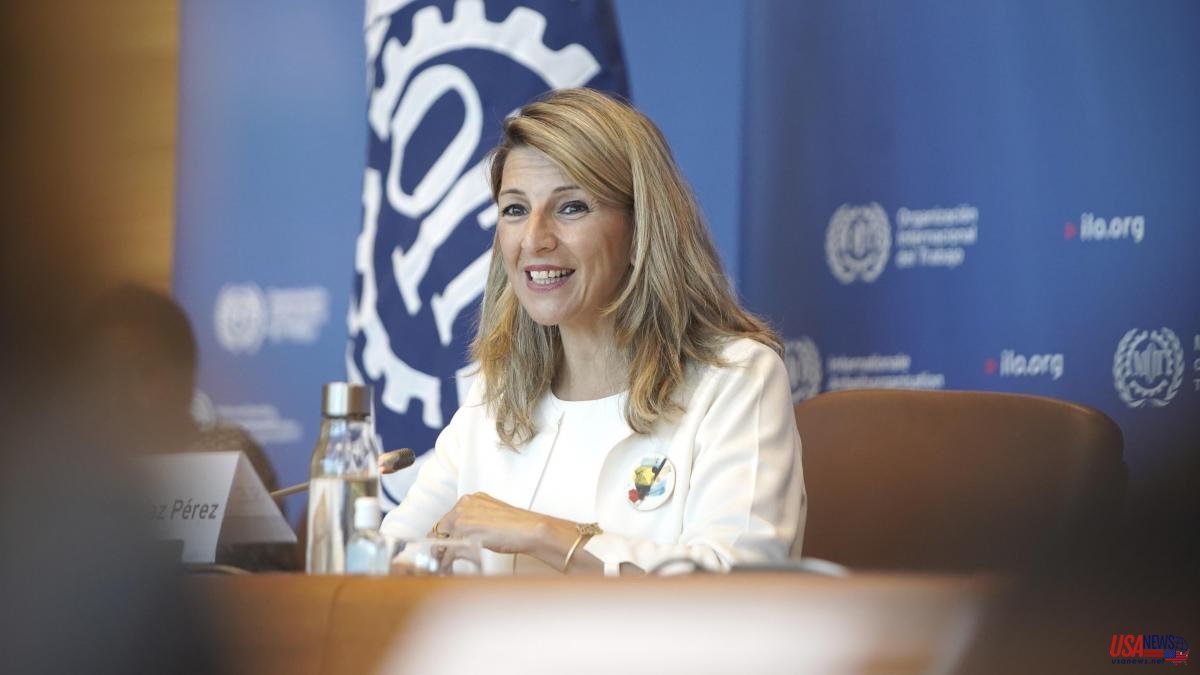 The decline of United We Can seems to lead to a voting space very similar to that of Izquierda Unida. In fact, the May CIS (with a vote estimate of 9.6%) already left the electoral rate of the purple coalition below the best marks of Izquierda Unida (10.6% in 1996) or the PCE (10 .8% in 1979). In reality, IU already obtained more than 9% of the votes in 1989 and 1993 (and the former communist space started in 1977, in the first democratic elections, with 9.3% of the ballots).

Until now, the fragmentation of the vote and its territorial distribution seemed to protect Podemos from an equally pronounced drop in the number of seats. For example, the projections of last April – when the CIS gave her 10.7% of the votes – offered up to 28 deputies to Yolanda Díaz's coalition. That is to say, five seats more than the PCE in 1979, when it obtained 23 parliamentarians with the same number of votes.

However, the projections of the May barometer – with the same 9.6% of the votes as in 1993 – already reflect the sharp drop in the representation of UP: 23 deputies, the same as the communist space in its record of 43 years ago years. Of course, the damping effect persists, since Podemos would now collect five more seats than those that the IU gathered in 1993 with the same percentage of votes.

Of course, to this horizon should be added the segregated space of Más País, the brand led by Iñigo Errejón after his schism with Pablo Iglesias, the other founder of Podemos. This is slightly more than 2% of the votes, which would take the total vote to the left of the PSOE to 11.7% of the ballots. The projection in seats would leave that refounded coalition around 30 deputies. But, even so, the eventual formation led by Yolanda Díaz would gather fewer votes and seats than those United We Can alone added in November 2019 (12.9% and 35 deputies); and even less if the harvest of More Country is counted (which would take the total count to about 15% of the ballots).

The magnitude of the electoral space to the left of the PSOE alters the perspective when the comparisons include the results of 2015 (with Podemos and IU separately) or 2016 (already with Unidos Podemos). In those elections, the harvest in votes of the groups to the left of the PSOE far exceeded 20% of the votes (24% in total in 2015, which would have meant overtaking a socialism that added 22.2% of the ballots) and a count of more than 70 deputies.

However, that moment of electoral effervescence did not last long, since the wickerwork on which it was held had too many different origins. That strategic diversity and fragility not only affected the organic components of that space –which despite the coalition with IU soon broke up again on account of Más País or Adelante Andalucía–, but also its electoral bases. The fragility of the left-wing bloc was already appreciated in the transition between the 2015 and 2016 elections. In 2016, Unidos Podemos lost one million votes compared to the total number of Podemos and IU in 2015. The majority voted young people (who later, and only in part, it was re-enlisted in the 2019 appointment).

This being the case, what is then the real space to the left of the PSOE? The historical equation reveals that the best moments of the United Left tend to coincide with the worst of the PSOE and vice versa. The cycle of socialist victories that began in 1982 coincided with the collapse of the PCE, and the same thing happened to the IU in March 2004, parallel to Zapatero's victory over Rajoy. However, it is not easy to extrapolate correlations that will hardly be repeated, in light of the current electoral map. In other words, even if Podemos falls below 10% of the vote, that will not mean that the PSOE repeats the 38% of the 1990s.

With a Socialist Party currently stagnant below 30% of the vote, the most similar reference is found in electoral prehistory. In the 1979 elections, the Socialists garnered just over 30% of the vote, while the PCE and the groups to its left gathered close to 14%. Starting from such a similar scenario, and even though the PSOE now fell below 28%, it seems unlikely that a platform to the left of socialism could go much further than 15% of the ballots. And the polls are even less generous with United We Can.