Will Carlos III remove the placet from 18 champagnes?

If the Paxton dairy. 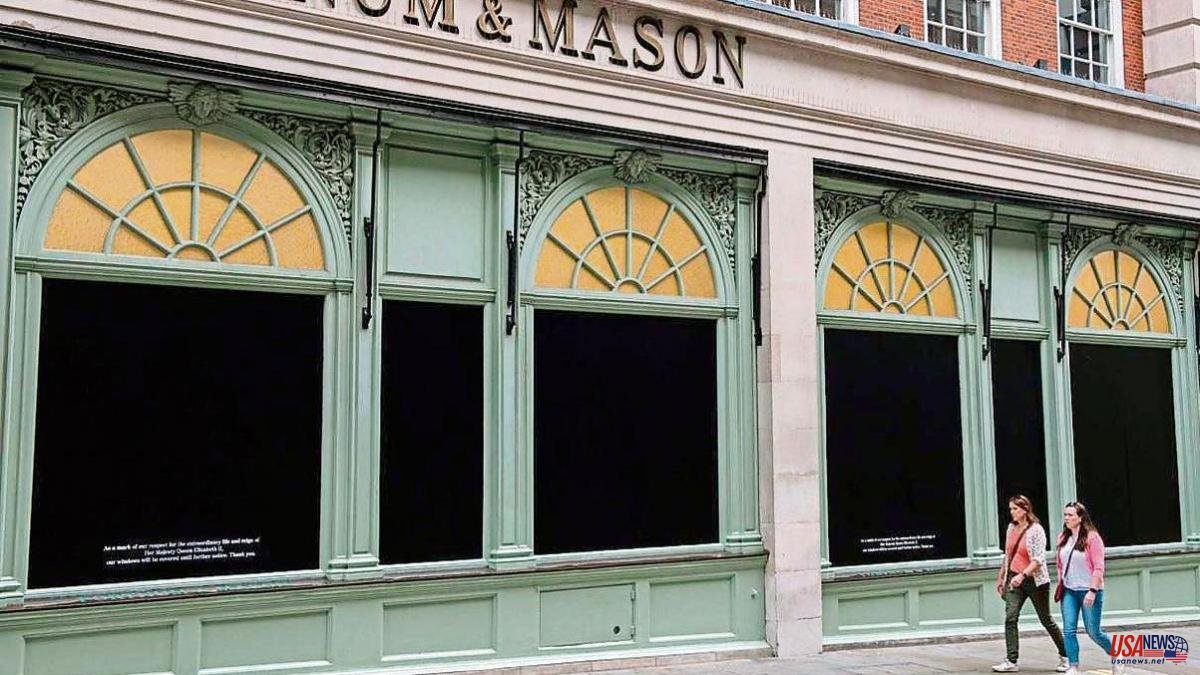 If the Paxton dairy

Very close, in the commercial passage of Princess, a small chocolate shop, magnet: Prestat, "chocolate providers" of his majesty. For two years they will be able to maintain what is an irresistible claim. What if the king prefers others? Sapna, the shop assistant, only talks about what she knows.

–These were the favorites of Elizabeth II: mint truffles. The last order was in July.

Would the journalist have bought some mint truffles without that guarantee? Nope.

And from there to another exquisite provider: Hatchards bookstore, the oldest in the country, founded in 1797.

– And the Spanish royal family does not have official suppliers?

The question is asked by Harry, a bookstore clerk, who owns the royal warrant of Elizabeth II, her late Philip of Edinburgh and the current monarch, whose shields shine at the entrance. Consequently, they are not afraid of losing this kind of commercial blessing. Here's a taste of the deep-rooted British mercantile ethos: both sides win...

Like everything here, tradition obliges. Since the fifteenth century, the monarchs have distinguished suppliers with a seal that allows them the best publicity in the world, the most effective and priceless for their reputation and products: they are to the liking of the royal family (limited to three members; monarch, consort and heir).

Up to 800 companies or shops have this agreement, a kind of quality certificate that allows discreetly "advertised". Among them, 18 brands of champagne, a number that denotes the inertia of the past and could be revised, like so many other cases, depending on the times, social tastes – there are butcher shops on the list – or personal tastes of Carlos III and the politically Right.

The list has an unquestionable aspect: it rewards "traditional" companies, with decades and even centuries, and reinforces its own label, generally very British, such as Aston Martin cars or Colman mustard, although it now belongs to a food giant.

Hatchards bookstore, at 187 Piccadilly, next door to another illustrious supplier, the very touristy Fortnum

“This is not a commercial agreement although it greatly strengthens any brand. It allows promoting values, good habits such as reading and attracting tourists, who in other cities do not visit bookstores”, indicates Harry, in a personal capacity, while he shows the five floors, each one more attractive.

–And they were charged?

-I can't say that anymore.

This same question is raised in the other shops that supply the royal family. In the majority, they remain silent and do not comment (Fortnum