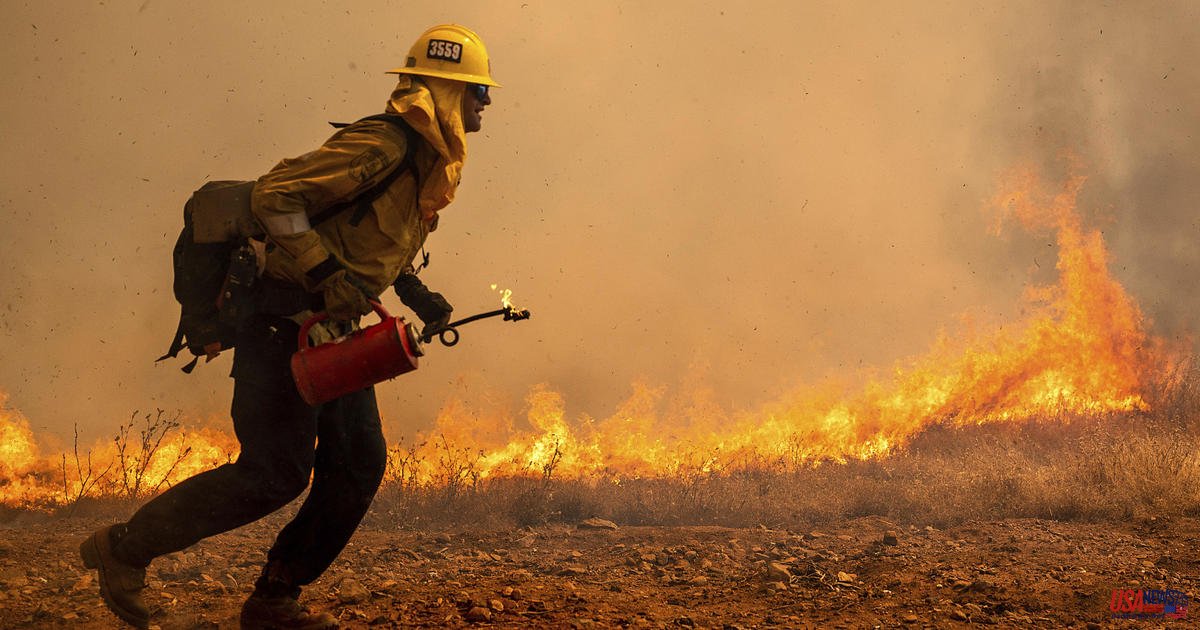 Jackson, Calif. -- The evacuation orders for remote communities in California were extended Tuesday to include those living near wildfires that could have been started by fireworks or barbecues on Fourth of July in a mountainous area that is a popular tourist destination. Monday's Electra fire in Sierra Nevada Gold Country exploded and tripled in size, to a total of 6.1 square miles. Tuesday night, it was contained to 5%. According to fire officials, the fire was moving quickly and uphill. Amador County Sheriff Gary Redman said that although the rate of spread has slowed down, it is still spreading. Redman stated that firefighters were working to limit flames to canyon areas unpopulated.

Redman stated that mandatory evacuation orders and warnings combined could have affected 700 people in Amador County and 300-400 people in Calaveras County. Redman said that the sheriff's office shared an online map of the evacuation zones and that evacuation centers were established for animals and people living in the affected areas.

Redman stated that the cause of the fire is unknown, but that it began in the Vox Beach region of the North Fork Mokelumne River. Redman suggested that fireworks or a barbecue could be the possible causes. According to the California Department of Forestry and Fire Protection, more than 100 fire engines, 1200 firefighters, and 14 helicopters were dispatched to the fire. This was considered a threat to the power infrastructure. The terrain was rugged and steep. Cal Fire activated an Incident Management Team for the fire. Cal Fire stated that the teams are made up of "trained personnel who provide operational support and management to large-scale, expanding incident."

Redman stated that one firefighter in the local fire protection area sustained burn injuries. Vox Beach lies 55 miles east from Sacramento, in the Sierra Nevada region. It is surrounded by the rich history of the Mid-1800s Gold Rush. There were also small fires burning throughout the state.