After Stephen Currry's extraordinary performance in Game 4 of the NBA Finals Series (tied at two games), the spotlight shifted to Jayson Tatum, who was supposed to be the replica of the 30th of the Warriors at the Boston Celtics. 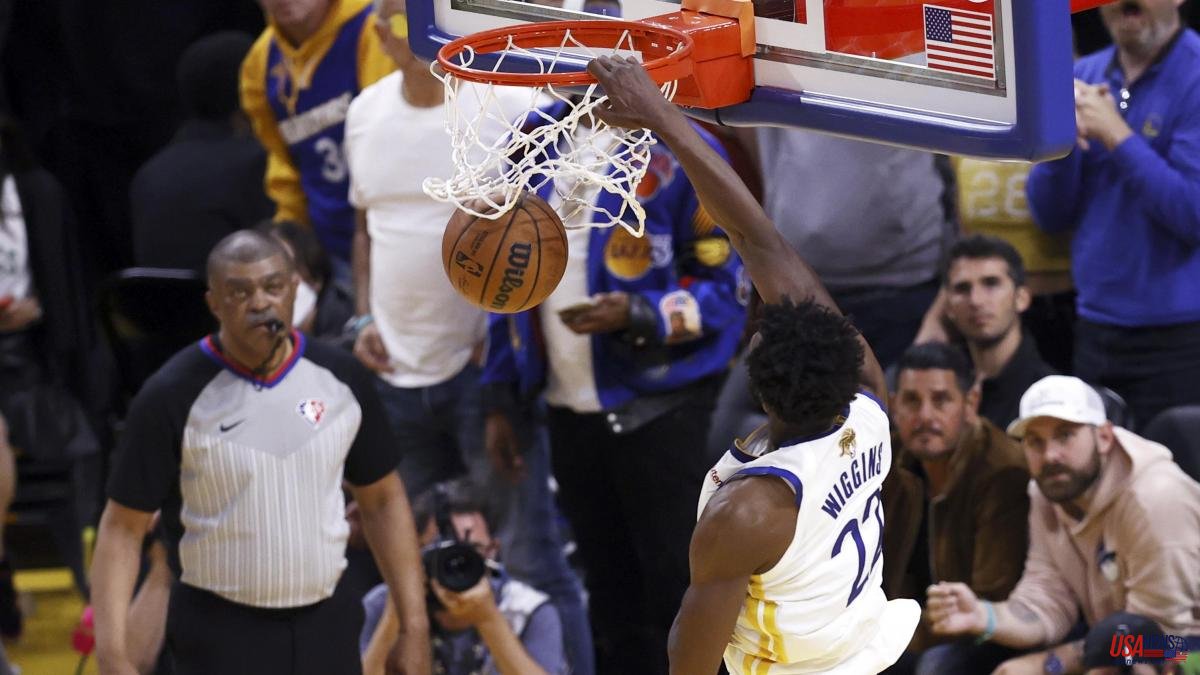 After Stephen Currry's extraordinary performance in Game 4 of the NBA Finals Series (tied at two games), the spotlight shifted to Jayson Tatum, who was supposed to be the replica of the 30th of the Warriors at the Boston Celtics.

That fourth game, the second played in the capital of Massachusetts, the number 0 of the locals was not exactly a 0 for his team. He was the top scorer (23 points), but in the TD Garden shouts of MVP were heard that were destined for his partner Jaylen Brown.

Analysts came to one conclusion. The only way the Celtics could get ahead in Game 5, back in San Francisco, was for just one player, Tatum, to improve his performance.

"I give credit to what the Golden Gate Warriors have done," Tatum said after the game. “They are a great team, they play well, they have a plan,” he added. But he clarified: “This depends on me. I will be better. I know I'm impacting the game in other ways, but I've got to be more efficient, shoot better, finish better at the rim. I take responsibility for that."

So Tatum set the bar high. Very high. Too. The Celtics lost (104-94) and are on the brink of defeat. The Warriors caress their fourth title in the last eight seasons. Tatum was the game's top scorer (27 points), but he didn't measure up against the Warriors in which his biggest star didn't appear. Did Curry play?

Curry finished with 16 points and a zero of nine in triples. He hasn't finished a game without hitting a 3-pointer since November 8, 2018. Of a total of 133 playoff games, this is the first time he hasn't hit a single one. Even legends are human. Last Friday's masterful game gave way to a really bad one. He couldn't hide his desperation. His teammates, on other occasions, look for him to throw. This time it was he who gave the ball to a colleague.

And despite his absence, the Warriors won, which demonstrates the limitations of Boston, Curry is not alone, apparently. On this occasion, the weight in attack and defense was assumed by Andrew Wiggins (26 points, 13 rebounds) who justified and leftovers that Steve Kerr wanted him on his team and defended him when things were not going so well. Wiggins had perhaps his best performance since he played for the Californians and in a decisive game.

When the hosts sank in the third quarter, the supposedly stellar period, losing a 12-point lead and falling within four, Wiggins pulled the genie out of the lamp and did the magic. They ended up winning that quarter of a point and that projected them in the final stretch, where they recovered the 14-point advantage, with just over a minute to go and the coaches sat down with the starters. The fifth game had ended without the Boston team getting off the ground.

The first two quarters of Game 5 were the worst 24 minutes played thus far in this series. Those of Boston began denied, failing what they had not failed up to that moment. Tatum was the poster child for disaster. He lost the first ball he touched and didn't put anything in. With less than five minutes to go in the first set, Ime Udoka sat him down. The star of the team had not scored a point.

The Warrios, without fanfare, came to have up to 16 points ahead (24-8). Nor were they to shoot rockets. Curry, the legend, finished with 4 points.

The moment of that maximum difference marked the return to the field of Tatum. He scored six almost consecutive points. The reply at the premises was given by Andrew Wiggins, at a good level, and an improved Draymond Green. That first quarter ended with an eleven point difference (27-16) for the home team. The figure of those from Boston was more than eloquent.

The second quarter began with Curry sitting down, but his team regained a 14-point lead. It was a nonsense competition, to see who did worse. At that moment Tatum's wrist seemed to grow hot. He went into the break as his team's top scorer, with 13 points.

Although Curry returned, until then it was not his night. He zero for three 3-pointers, although he decorated his locker with tackles and free throws (10 points at halftime). The Warriors kept their spirits up and went to the locker room with a twelve-point lead (51-39) thanks to the work of Wiggins (top scorer with 16 points) and eight by Green.

That advantage seemed to be extended in the third quarter, the period in which the Californians usually put out their best game, but the Bostoners added eight triples without failing and the locals missed as many consecutively. The 57-61 was the biggest advantage for the visitors.

They failed to break the game, because they failed almost as much as the rivals, who withstood the physical push of the visitors as best they could. The awakening of Klay Thompson with long-distance shots, the unstoppable Wiggins and a galactic triple by Jordan Poole at the buzzer (competing with himself for the stratospheric baskets) gave the Warriors an advantage at the end of that period (75-74). It seemed unbelievable, but it was.

That almost impossible triple provoked an emotional reaction in those of the bay and made the legs of Boston tremble. Although he hit a triple, Tatum was a wandering shadow of what is supposed to be a decisive player, as wandering as Curry, who, when making a two-point shot, raised his arms and looked at the sky as if to say "finally".

With just over a minute to go, the match settled, Kerr sat down his main men. The trainer, next to Curry, patted his big star on the back, in a gesture of consolation for a bad day. Everyone was smiling because, with Curry gone, Wiggins grew up and led. Tatum is still not decisive.