Why the capture of a Russian T-90M tank is important

The rapid Ukrainian offensive in Kharkov, in the northeast of the country, has allowed many trophies to be reaped. 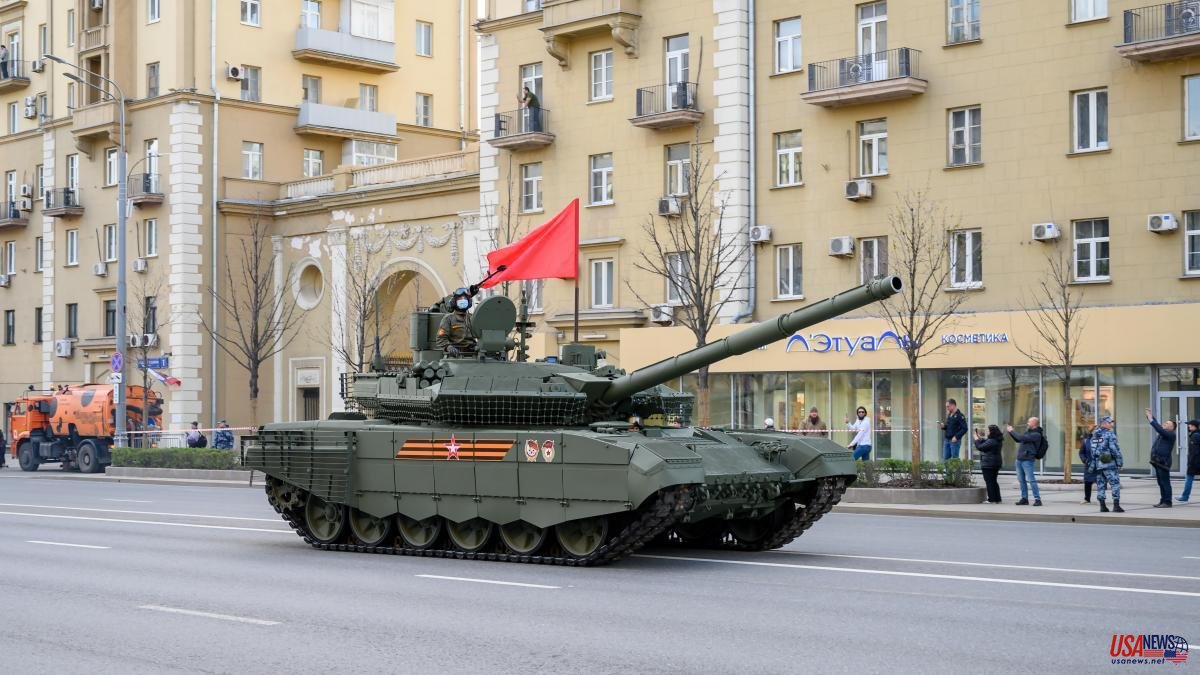 The rapid Ukrainian offensive in Kharkov, in the northeast of the country, has allowed many trophies to be reaped. He has reclaimed large swathes of territory; it has also managed to capture by the Ukrainian army military equipment equivalent to that of a brigade and that the Russians have abandoned in their flight. One of the biggest surprises found has been a T-90M tank. It is one more of the Russian tanks (numbering at least 380) seized since the start of the war, but it has a unique use. What is the T-90M tank and why is it important?

The seizure of a weapon can provide valuable information about the state of an enemy's military technology. That is why, in a war, countries are jealous of their weapons and protect them. US efforts to inspect the T-72 during the Cold War failed several times, until US agents in 1987 managed to get one sold to them by a shady Romanian arms dealer, supposedly for scrap. The deal was later discovered and made public by the KGB. The prized T-72 had been in service for 14 years when the United States finally got a chance to inspect it, and by that time it had already been replaced. In contrast, the T-90M has only been in service for two years.

The T-90M (also known as Proriv-3, which means "advance") is the best active Russian tank. It is a modernization of the earlier T-90 model, introduced in the early 1990s. Both models, of which the army has several hundred, are far superior to the Soviet tanks still in widespread use in Russia. and Ukraine. The T-90Ms were not deployed at the first moment of the invasion. They were being reserved for a possible war with NATO, some analysts suspected; however, they ended up appearing after two months of fighting.

The tank has several levels of defense. The outermost is an "invisibility cloak" called Nakidka ("cloak") of an unknown material and capable of absorbing, according to Russia, both heat and electromagnetic signals. Theoretically, such a cloak hides the T-90M from NATO airborne radars that monitor Russian vehicles at long range. It also makes it difficult to use anti-tank guided missiles that rely on thermal imaging to lock on to their target. In addition, the tank has an active protection system called Afghanit that launches projectiles to intercept attacks at close range. Any attack on the T90-M tank must also penetrate its explosive reactive armor, which is used by many Russian tank models and triggers the detonation of anti-tank missiles. Finally, there is the physical armor of the tank, a closely guarded secret.

The T-90M is not invulnerable: Ukrainian forces have already destroyed one. However, its capture is much more useful than its destruction. Being able to disassemble and analyze a high-end Russian tank will make it easier to defeat more T90-Ms in the future. In addition to high-tech defenses, the captured tank boasts the latest Russian offensive weaponry, including a computerized fire control system and a cannon capable of firing guided projectiles. The captured T-90M specimen will provide military analysts with an opportunity to assess Russia's claims about its capabilities. And, as the war in Ukraine progresses, more seams for intelligence will be found. The West has already had access to a wide variety of Russian radar, intelligence-gathering and command vehicles, all of which hold valuable secrets. In their flight, Russian soldiers should be more careful about what they leave behind.