Who ordered the construction of the hidden cistern under the Pedralbes monastery?

A narrow staircase seems to lead to hell in the Pedralbes monastery, but in reality it is the access to a cistern that formerly guaranteed the water supply to the enclosure. 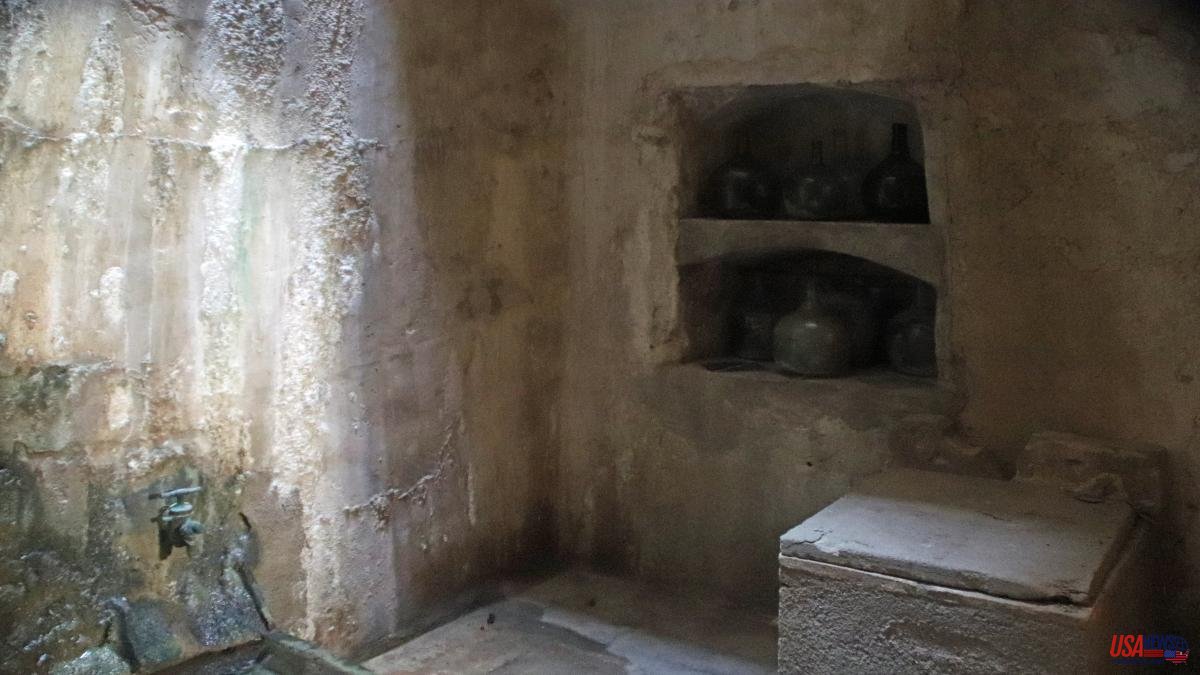 A narrow staircase seems to lead to hell in the Pedralbes monastery, but in reality it is the access to a cistern that formerly guaranteed the water supply to the enclosure. It is a space that cannot be visited by the public but is part of the history of the monastery founded in the 14th century by King Jaume el Just and his wife, Elisenda de Montcada.

The cistern was built in 1495 by order of the abbess Teresa Enríquez, within the framework of a set of works to modernize the enclosure promoted by her. The tank, under the cloister, collected the water that filtered through a catchment network distributed throughout the inner courtyard of the monastery. The still existing well was also part of this system, as well as the Angel fountain, where the nuns washed their hands. Between the well and the fountain, a vertical access to the cistern covered by a grate is still visible. Visiting it, you can see that, when the cistern was full, the stairs continued below the water level.

With the construction of the cistern and other works, Abbess Enríquez intended to assert herself as head of the religious community, after a tough struggle in which King Ferdinand the Catholic imposed, through the Pope, her appointment, replacing Violant de Montcada .

The monarch had a great interest in controlling the community, closely linked to influential Catalan families. Since the foundation of the monastery, the abbess had always been linked to the Montcada family in attention to the promoter of the monastery, Elisenda de Montcada. In fact, the enclosure was born thought of as the queen's retirement upon the death of her husband.

Breaking the link with the Montcadas was one of the political reasons for forcing the appointment of Enríquez as abbess, coming from the Jerusalem monastery in Barcelona and not, therefore, from the Pedralbes community itself. To achieve this, she argued that the nuns had excessively relaxed the closure and the strict rule of the Poor Clares. Thus, the cistern, in addition to ensuring the supply of water, can also be interpreted as one of the achievements of the new management of the monastery, detached from the Montcada family.