Who is the woman who hugged Lionel Messi and starred in one of the most emotional moments of the World Cup?

After years of suffering, Messi was finally given it. 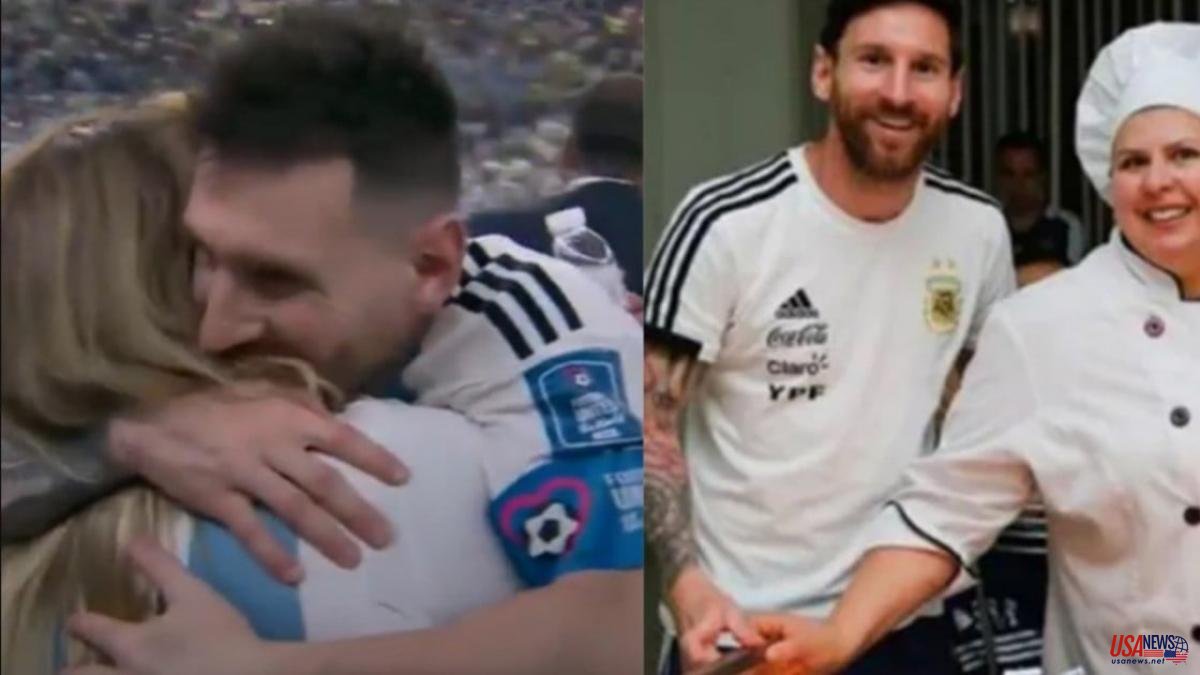 After years of suffering, Messi was finally given it. The man from Rosario was decisive every step of the way, and thus he led the Argentine National Team in obtaining the third World Cup in its history. The captain was accompanied by several footballers from the so-called 'Old Guard', such as Otamendi and Di María. In addition, some who had their first World Cup experience joined, such as De Paul or Julián Álvarez. But also a whole team from the delegation that was in charge of making them feel at home in the bunker of the University of Doha and that was reflected in the festivities.

After consecrating himself on penalties, and in the midst of the celebrations on the green grass of the Lusail stadium, Leo Messi could be seen melting into a heartfelt hug with a woman who, like the captain, wore an Argentine shirt . The cut of the emotional moment traveled the world and social networks, even generating confusion.

And it is that in principle, many had confused Antonia with Celia, Leo's mother. This, because the video shows the cook of the delegation from behind, and one of the few things that can be perceived is Leo's irrepressible emotion at the time of the meeting.

Who is the mysterious woman? The protagonist is none other than Antonia Farías, one of the cooks of the Argentine delegation. The 42-year-old woman has been working with the National Team for a decade and on Sunday she received the recognition she deserved.

Antonia not only appears as one of the key pieces of the delegation at the Ezeiza grounds, where she cooks for the players, but also accompanies the team on each of their trips, and this journey through Qatar was no exception.

Together with Diego Iacovone, Antonia is in charge of directing and managing everything related to gastronomy around the Argentine National Team, and she had already starred in the occasional photo with the players of the national team. Prior to this trip to the Middle East, the woman had already had the opportunity to accompany the team in the World Cup in Russia, as well as in the most recent Copa América played in Brazil and in the Finalissima held at the mythical Wembley stadium. .

Farías is one of the two female representatives in the delegation, together with the head of Marketing, Verónica Miele. In this historic month that was lived in Qatar, the party was complete, but Antonia had already had to celebrate on more than one occasion, and not only in regards to titles. In 2018, for example, the competition coincided with her birthday, so she had the luxury of cutting the cake alongside Lionel Messi and the youthful Nehuén Pérez, two of whom also meet in June.

Back in mid-2021, in full swing of the Copa América in Brazil, the situation was quite similar. Antonia celebrated her 41st birthday, and she did so in the company of more than 100 members of the delegation. That participation ended in the best way and the woman made news for the first time. That July 10, Farías was the only woman in the champion's photo, so more than one medium began to delve into what today is one of the topics of the day: Antonia's outstanding work within the National Team.