Who are the 20 far-right anti-system that have kept the US in suspense?

The twenty extreme right-wing Republican representatives who for four days boycotted the election of their group's leader as the new speaker of the United States House of Representatives form a motley crew, but with interesting points in common. 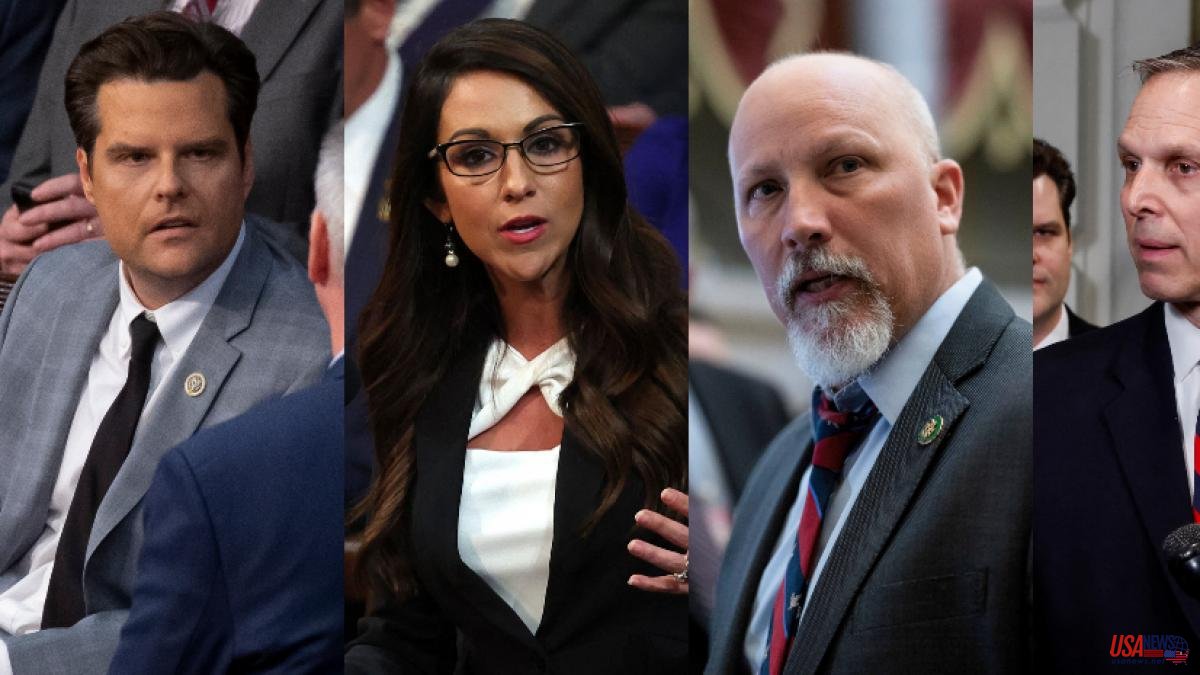 The twenty extreme right-wing Republican representatives who for four days boycotted the election of their group's leader as the new speaker of the United States House of Representatives form a motley crew, but with interesting points in common. Most of them defend the postulates and lies of Donald Trump, even if they did not pay attention to him when he asked them to support Kevin McCarthy. Some demanded more quotas of power and others emphasized the need to curb Joe Biden's immigration and social spending policies. But they all handled the anti-system discourse typical of the old fascism and the new ultra populism: it is necessary to end "the corruption of the system", "the status quo of Congress" and "the broken structures of Washington", they said over and over again. In the end, they all agreed to either endorse McCarthy or drop the vote against him to allow his election. They didn't do it for free. In exchange, the California Republican made concessions to them that mortgaged his presidency and opened the way to new attempts to boycott the House, the Government and the political stability of the country. These are some of the profiles of the dissidents who have put and can put the United States in check again.

Matt Gaetz, born 40 years ago in Hollywood, Florida, gave the show several times during the grotesque round of voting in the House. In the eighth session he voted Trump for candidate, and in the eleventh he nominated him for candidate. In the dramatic plenary session on Friday night, his abstention in the penultimate round, under the “present” and unnamed vote formula, greatly outraged McCarthy, who, apparently, had had his support. It later emerged that Trump had called Gaetz and other ultras to insist that they unblock McCarthy's election. And he revealed that in the fifteenth and, finally, affirmative vote, it had been Gaetz who had pushed the rest of the wayward to lift the veto. And he thanked her.

Until now, Gaetz was known as a result of a long investigation against him for alleged sex trafficking, with a minor involved. The Prosecutor's Office does not see the possibility of successfully accusing him, reported The Washington Post in September.

Lauren Boebert, 36, an enthusiastic activist for the right to carry a gun or rifle and who in December 2021 published a photo with her children armed to the teeth to congratulate Christmas, was already known for some interventions in her two previous years as representative for Colorado. In November 2021, her Islamophobic comments against Muslim representative Ilhan Omar, whom she jokingly associated with terrorism, caused stupefaction. But it was this past week that she rose to international fame, with her attacks on McCarthy and her refusal to endorse him, "even though my favorite president – ​​Trump – calls us and tells us we have to end this."

Like most of the twenty rebel ultras who did support or let McCarthy win, Gaetz and Boebert are deniers of the results of the presidential elections that Biden won and are part of the extremist parliamentary group Caucus for the Freedom of the House: an organization currently led by Scott Perry, another ringleader of the Radical Republican revolt. Perry played a key role in the failed attempt to remove Acting Attorney General Jeffrey Rosen for refusing to help nullify the presidential election in January 2021. He was later investigated by the FBI for participating in attempts to rig the election. Retired military at age 60 and representative for Pennsylvania, Perry was one of the rebels who insisted the most on calling for "a radical departure from the status quo of a totally bankrupt Washington."

Chip Roy, 50, a Texas legislator, also played a leading role, both in the insurrection against McCarthy and in negotiating demands to give the ultras more power and take it away from the president, and in the pact that eventually led to to the choice. Thanks to Roy's pressure, a single legislator will be able to force a motion of no confidence against the speaker of the House.

Another prominent name in the rebel ranks is that of Paul Gosar, representative for Arizona, 64 years old. His radicalism became especially notorious when, in November 2021, he posted an anime video depicting the assassination of Democratic lawmaker Alexandria Ocasio-Cortez and President Biden.

In the dissident group there is no shortage of members of the new generations of the American extreme right. Five of the dissidents were new to the House; among them Anna Paulina Luna, a 33-year-old Californian, Air Force veteran and former model who loves guns and Trump. Luna said Wednesday that she would stand "until we have a president who fights for the people and fixes the chaos and corruption on Capitol Hill."

It was funny that those responsible for the second largest disorder in the Capitol in a century, after the one instigated by Trump a year ago, came to denounce "the chaos in the Capitol."