Where are the remains of Calderón de la Barca?

A group of researchers has been searching since mid-December 2020 for the remains of the playwright Calderón de la Barca in the parish of Nuestra Señora de los Dolores in Madrid, from where they would have disappeared during the civil war. 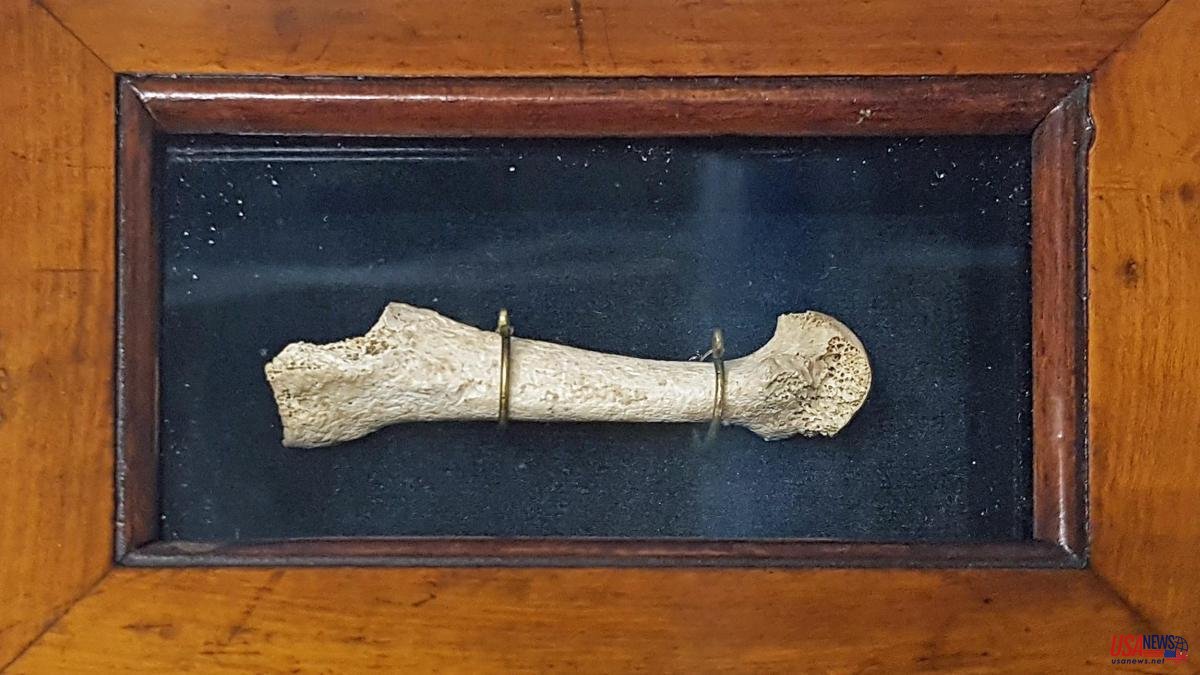 A group of researchers has been searching since mid-December 2020 for the remains of the playwright Calderón de la Barca in the parish of Nuestra Señora de los Dolores in Madrid, from where they would have disappeared during the civil war. If they are found, the key to their identification is in Barcelona: a bone from the writer's hand that is kept in the Museu de les Arts Escèniques del Institut del Teatre.

It is a metacarpus from Calderón's right hand that was donated to the museum in 1923, as stated in the income book. The bone is kept protected in an old wooden frame with a portrait of the playwright and a small certificate. This records that on July 5, 1840 "Messrs. Marraci, Pérez and Zamacola" exhumed the author's remains in the aforementioned Madrid church. From the funerary urn they extracted two bones from the right hand, which they gave "as a souvenir" to some Romea and Rojas.

Trace of one of the bones has been lost. The other went to the library of the Archbishop of Toledo, Cardinal Antolín Monescillo, and from there to the theater museum, while it was directed by Marc Jesús Bertran and was in the Palau Güell.

Carderón's metacarpus now awaits at the Institut del Teatre for the DNA to be extracted that will allow the writer's remains to be identified if they are finally found.

The funerary urn was supposed to have been lost during the burning and looting of the parish during the civil war, but in the middle of the 20th century, a priest explained before he died that they had not been lost, but that he himself had them walled up in an area of the church that he did not identify.

This testimony was collected in a book. Now, decades later, they are being searched for using infrared cameras and georadar. The researchers calculate that it will be a long process. Work continues right now awaiting results.