when there are no words

It is a cliché – and for this reason it may be true – that in certain circumstances of life, there are no words. 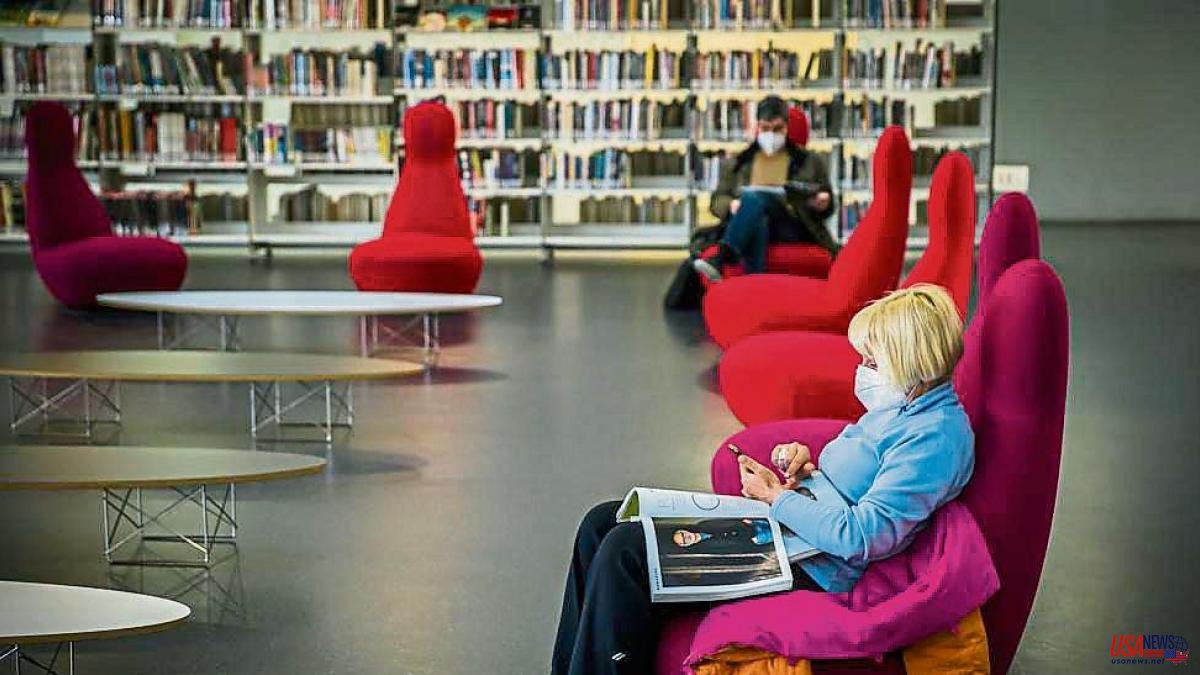 It is a cliché – and for this reason it may be true – that in certain circumstances of life, there are no words. And yet, literature insists on putting words on any situation and feeling, even on the silences that have lasted years, decades, even centuries.

In that sense, the voice silenced for the longest time in our culture continues to be that of women, even though it may now seem that it never was. For years I myself – I admit it – mistrusted the term women's literature and took refuge in another cliché, that there is only good or bad literature, but there are times when gender or sex (which are not the same; I already we have understood) and its social role determine a literary work.

The conventional male reader – the one who, according to all statistics, reads less than his peers – has become accustomed to entering the mind of a warrior or a murderer, but he still has a hard time entering female characters that also force him to reflect.

Anyway, I better leave the garden full of puddles in which I have gotten myself alone to tell you that in recent months some of the books that have impressed me the most are written by women. We have already written about some of them and their works in these pages (remember that you have to read Olga Merino). And others, like the immense Mariana Enríquez and Camila Sosa Villada, both Argentines, each deserve the recognition and success they are having.

But today, with your permission, we will look at two novels in Catalan by two Catalan authors.

Canviar de pell , by Aina Gatnau, edited by La Magrana, is a very unusual first novel, starring a female character who is quite a character, Mercè Roure (inevitable to hear a distant echo of Mercè Rodoreda in the very choice of the name) , noia que viu a pagès who will end up leaving her small place on earth and her infamies –yes, there is an initial and initiatory trauma– to end up reinventing herself through, say, the needle and the thread and with the intervention of two protective angels who they are also women. I do not intend to reveal the plot to you, because it would be gutting the novel, but it is a book that travels through time –post-war– and space, from the most rural Catalonia to the –let's continue with clichés– city of light. The book is structured as a diary of the protagonist, in a few short chapters that are almost like stories grouped in a string, or like letters written to herself to understand and accept her life. There is no resignation nor excessive regrets. And yes, a very remarkable set of female characters, among which stands out, for me, Cecília, the sister-in-law who will be providential in Mercè Roure's first change of skin. A tense and even dramatic novel at certain moments, its structure avoids the feuilleton (from a famous peasant to a seamstress; it was worrying) and it finally turns out to be a luminous book despite all the burden of a difficult life that it entails.

I cannot say the same about Matrioixques , by Marta Carnicero Hernanz, who publishes Quaderns Crema, because it is one of the hardest books I have ever read and because, although she shares that feeling that life always makes its way, some circumstances are so abominable that it is very difficult to keep hope, despite everything. This novel is the third by Carnicero, who had a very notorious appearance on the scene with his first novel, El cel segons Google and who later continued on his way and his writing with Coníferes. And that on this occasion he puts his literary talent – ​​that he has it; is evident – ​​at the service of a double plot. A young woman and her family and identity problems in our Barcelona and the woman who left her country to also end up in this small place of ours after being systematically and brutally raped during the war in the former Yugoslavia. Marta Carnicero's book was published more or less for Sant Jordi, so when she wrote it she couldn't imagine –I suppose– that the war was going to return to Europe and that even its title would have a Russian echo that I don't know if I would describe as appropriate.

In an interview, Carnicero has recognized that Matrioixques was born from the impression that Encara hi ha algú al bosc produced on him –which is at the same time a play, a documentary and an installation that can be visited– and that it gave life to women that in the war in Bosnia and Herzegovina they were raped and made pregnant and forced to give birth as part of a war campaign that went far beyond horror and dehumanization. There are parts of this novel, and this despite the fact that it does not indulge in the rough, but it does force us to put ourselves in the shoes of its protagonist, which are very unbearable. The hardness of what the human beast can become and do permeates some pages that are related to that literature of the concentration camps in which it is also forced to put words where it seems impossible that they exist. Very hard novel, however, it balances the family drama of a young woman with the tragedy of the real protagonist (it is very evident to the clever reader that both characters will be connected, and I can read that far) to, in an ending perhaps too abrupt, learn of again leave the impression that, despite everything and against everything, you have to live. And that perhaps knowing how to live is surviving. Nothing more and nothing less. Marta Carnicero has achieved a novel that inevitably remains within the reader. And every man will feel questioned and, it is to be feared, intimately ashamed. The time has come for us to feel guilty, because we lived in an ignorant and false innocence... Lost in the garden, if not drowned in a puddle.