When the botch is law and the judge, 'savior'

With the approval of the “only yes is yes” law, Podemos shamelessly proclaimed that “it had won the battle” against its PSOE partners. 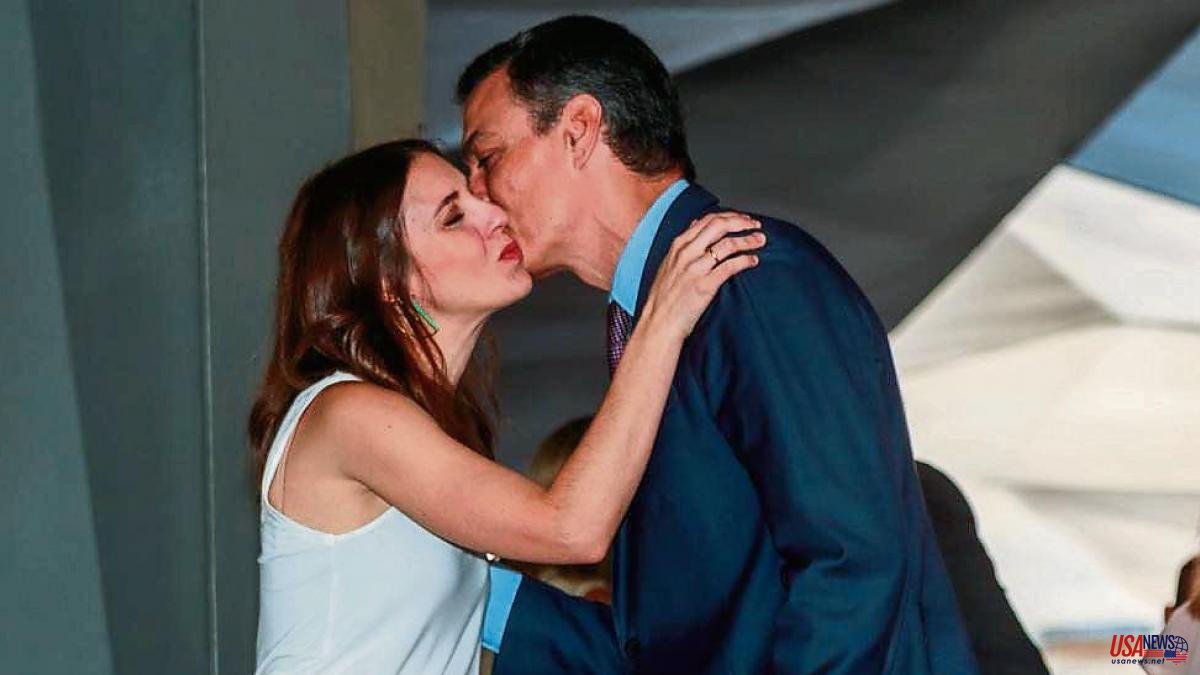 With the approval of the “only yes is yes” law, Podemos shamelessly proclaimed that “it had won the battle” against its PSOE partners. The negotiation caused the first major crisis of the coalition and Pablo Iglesias came to describe as "frustrated machismo" what he considered "technical excuses" by Carmen Calvo and Juan Carlos Campo. But with the queue of rapists knocking on the doors of the courts to adjust sentences, it is certified that technique, when legislating, is more important than tactics and than speeches and applause in Congress. United We Can walk through Spain "Yolanda's labor reform" but now they try to hide behind the stale robes - now "macho" - an embarrassing legal crack that could be avoided.

The noise places the crisis within United We Can: Yolanda Díaz shields herself and Irene Montero is questioned. And it helps the PSOE to digest another legal reform, that of the crime of sedition, to which Pedro Sánchez has entrusted his permanence in power. The feminist banner, when there are victims aggrieved by the new law, is ceded without qualms. While his ministers were looking for a way out, Pedro Sánchez was triumphing in Southeast Asia.

With the sedition, the President of the Government controlled the calendar, the story and the loudspeakers. He made ERC and Unidas Podemos a condition that there not be a single leak, he took the banner of “harmony” and changed the complaints of Javier Lambán and Emiliano García Page for Xi Jinping's hieratic smile and Joe Biden's cap. The president's album silences the homemade tantrum and the reform of the Penal Code will go through its first process on Thursday in Congress.

The noise is political but it will be the criminal chamber of the Supreme Court, chaired by Manuel Marchena, who will settle the two fronts that occupy the public debate. It is institutionalized that the botch is the norm and the judge, the savior. With one hand, they decide how to manage the review of the sentences with the law of 'only yes is yes' and with the other they recalculate the sentences of the process.

Mariano Rajoy subcontracted the resolution of the Catalan conflict to justice and the State attorney, with Sánchez in the presidency, made possible the conviction for sedition – the Prosecutor's Office and Vox accused of rebellion and it was rejected by the court. Now Sánchez sees the fertile ground to modify the crime, alleging that it does not meet international standards and becomes a peacemaker in exchange for stability until the elections.

In the chamber, Sanchismo will defend that eliminating sedition does not bind the State, which maintains powerful tools such as the intervention of the autonomies in article 155 of the Constitution and an aggravated crime of public disorder that once again calls for judicial interpretation. United We Can try to claim the paternity of the invention and ERC will exhibit as medals the results of its commitment to dialogue and the end of institutional confrontation. There will also be millions extra in the general state budget in exchange for the 13 votes of ERC.

Another thing will be the reform of embezzlement. The Republicans convey that there is a socialist commitment to meet their request to further lighten the judicial investigations against the high-ranking officials of 2017, but the PSOE and Podemos -not so much the common ones- are especially sensitive when what is shouted is "corruption" and not to attack the PP. Unidas Podemos considered presenting an amendment to reform crime but ERC wanted to add extra points by claiming the initiative. Now caution is prescribed. The question is how far is the PSOE willing to go. The embezzlement defined in 2015 is a mixed bag that is applied to unfair administration actions that have nothing to do with the corruption of the collective imagination. But the story of public exemplarity and criminal punishment was imposed on the existing mechanisms in the Court of Accounts, the Civil Code or commercial legislation.

The embezzlement reform is a Guadiana among legal operators, the dilemma is to change the wording to return to 2015 or lower the penalties for those who have not profited personally. Can the scope of this reform be circumscribed under the shadow of corruption? Only under the premise that the best Penal Code is not the one that punishes the most, but the one that leaves less room for discretion.