What will the Rolling Stones concert in Madrid be like?

The start of the new European tour of the Rolling Stones will take place tonight in Madrid, specifically at the Wanda Metropolitano stadium (8:30 p. 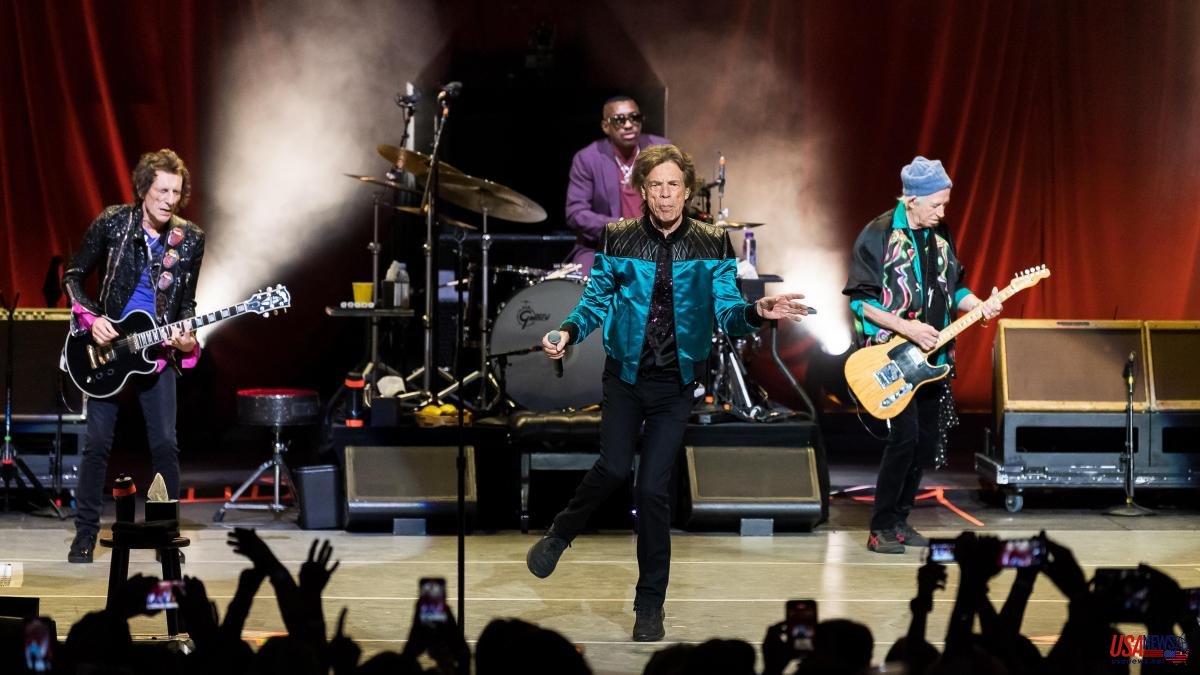 The start of the new European tour of the Rolling Stones will take place tonight in Madrid, specifically at the Wanda Metropolitano stadium (8:30 p.m.).

The European tour that starts today is called Sixty, with which they will commemorate the six decades that have passed since the creation of the British band. And their philosophy is that it becomes like a continuation of the one offered in the last months of last year, the No Filter Tour, and which in turn had been forced to postpone in 2020 due to the pandemic.

After the last concert offered by Jagger, Richards and company on Spanish stages (Barcelona, ​​in 2017), it was now the turn of the state capital, following the pendulum policy of the promoter Doctor Music.

In Madrid, however, on this occasion the spaces where they usually played were not available -Vicente Calderón demolished, and the Bernabeu being remodeled-, and that is the reason why the Wanda has been chosen. A space that with a capacity of more than 48,000 people and that yesterday, Tuesday, was still selling its last tickets.

Before Their Satanic Majesties make an appearance on stage, two very different opening act but of contrasting substance will have already passed through the same stage. On the one hand, the Vargas Blues Band that will feature John Byron Jagger, Mick Jagger's nephew, as a guest.

Then it will be the turn of the Barcelona trio Sidonie, who for half an hour plan to give life to their great hits such as Carreteras infinites, Verano del amor or Me llamo Abba, as well as to premiere live an unreleased song, Pesado y estupido, which is the first that they have composed of their future new album.

Being the beginning of the tour, the musicians have arrived in Madrid a week in advance, although the cameras have logically focused on the presence of the inexhaustible Ron Wood, Keith Richards and Mick Jagger: since their arrival in a private jet illustrated with the referential language of the album Sticky fingers , to some escape through the capital, such as the visit to the Ángel Caído del Retiro, which they certified with the phrase “Symphaty for the Devil in Madrid” on their Instagram account.

On that initial tour later postponed to 2021, it was already planned that drummer Charlie Watts would not play because he was recovering from surgery. His replacement was already known to be Steve Jordan. Then came the drummer's death, and Jordan picked up the drumsticks on the No Filter Tour. His solvency and excellent results from the public, critics and vibrations in the aforementioned American have made him continue to be the headline.

The expectations about this tour are very high at an artistic level, but also at a speculative level. There are not a few who predict that it will possibly be the band's last live tour, and to corroborate it, there is the recent interview that Ron Wood offered to Esquire magazine, where he said that on this tour "we are going to give everything our energy, after all, it's the last tour",

The repertoire they will offer will consist, as they say, of "a list of songs like no other, full of classics, as well as a selection of unexpected songs and surprises." Among those classics, from what was heard a few months ago in the United States, there will be no shortage Brown sugar, Gimme shelter, Paint it black, Jumpin' Jack Flash, Tumbling dice, (I can't get no) Satisfaction or Start me up.