What to expect from the Premier League on its 30th anniversary

The big European leagues are already warming up after a preseason of tours and friendlies where testing variables and detecting weaknesses and strengths was the main objective of the coaches. 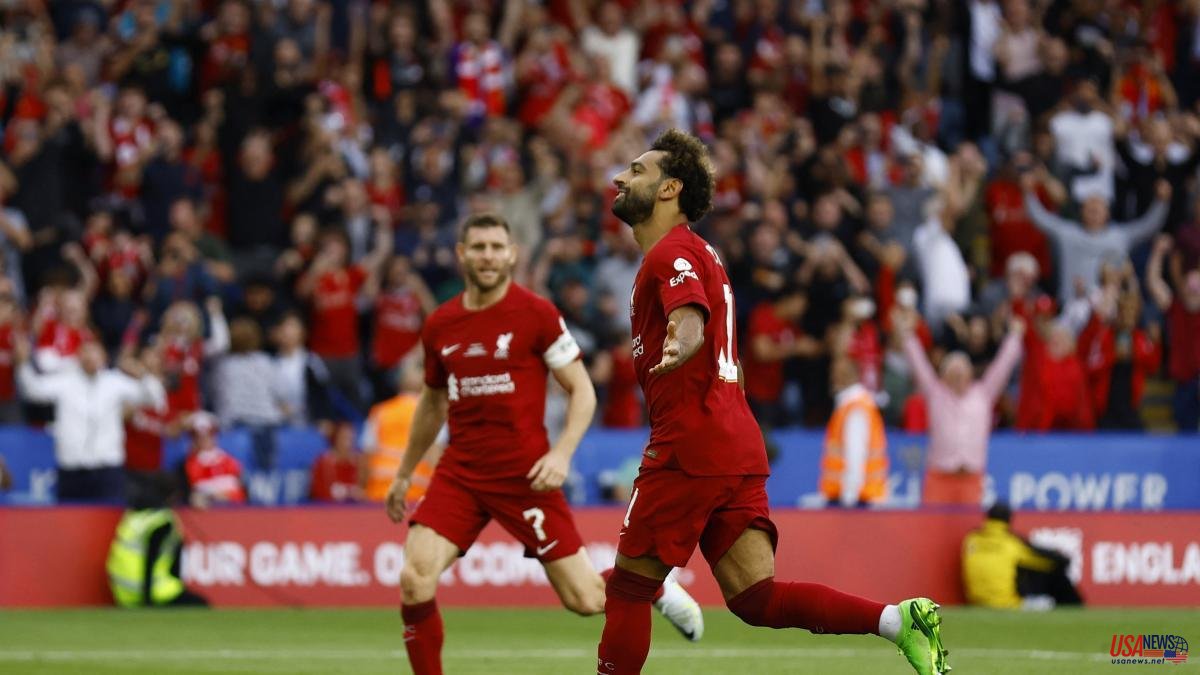 The big European leagues are already warming up after a preseason of tours and friendlies where testing variables and detecting weaknesses and strengths was the main objective of the coaches. This Friday, Germany and England, the Bundesliga and the Premier League will be released, which will blow out candles: 30 years have passed since the breakup of the First Division with the Football League and the creation of the modern and groundbreaking Premier League, now independent of the professional leagues in the country. Arsenal, precisely one of the teams that is expected to be the most attractive for the start of the championship, will draw back the curtain at Crystal Palace in the first London derby of the year.

While it is true that England is a very competitive league at all levels, both from an economic and sporting point of view, it is most likely that the duopoly that has been tyrannizing it for five years will maintain its power. No one is unaware that Manchester City and Liverpool are the absolute favorites to lift the thirtieth Premier League trophy, even more so after the multi-million dollar signings of two top scorers such as Erling Braut Haaland and Darwin Núñez. Each one with their identity, projected from the heads of Pep Guardiola and Jürgen Klopp directly onto the pitch, dominate all variations of the game and reduce their rivals' chances of victory to a minimum. The Citizens will debut at West Ham's home, the Reds at Fulham's.

The most interesting and uncertain fight will be the one between Chelsea, Arsenal, Tottenham, Manchester United and a possible surprise guest to enter the Champions League and Europa League. Of the names cited, Chelsea and Tottenham are the main candidates. The blues have been European champions under the baton of Thomas Tuchel for two years, with an electrifying game, high pressure and a lot of rhythm. They have lost Antonio Rüdiger, Andreas Christensen and Romelu Lukaku; but in exchange they incorporated Kalidou Koulibaly, Raheem Sterling, Carney Chukwuemeka and, if the negotiation does not go wrong again, Marc Cucurella. They live a period of institutional instability after their forced sale by Roman Abramovich, but sportingly the objective is to stay in Champions positions, more after the powerful investment made.

That same goal is shared by its London neighbors. Arsenal caressed its return to the top European competition after five years of absence, but fell into an inexplicable spiral of poor results against teams that had nothing at stake in recent days. The cruelest thing for Mikel Arteta's men was that Tottenham, his eternal rival, overtook them in the standings and certified their presence in the Champions League this season. After a summer from which both squads came out totally reinforced, the fight to be the best team in London is set to be very exciting.

Arsenal became one of the most attractive teams to watch last season. The quality of the youngest, both in defense, with Ben White at the helm; As in attack, with Martin Odegaard, Gabriel Martinelli and Bukayo Saka as references, it was a double-edged sword. He allowed the team to compete until the end for fourth place, but his inexperience was one of the reasons for the collapse. Now they add Gabriel Jesus, who already knows what it's like to score a hat-trick at the Emirates Stadium; and Oleksandr Zinchenko, a wild card whom Arteta knows perfectly well from his time at City.

For his part, Antonio Conte can calmly build a project that fell to him half done in November of last year. To the signings of Dejan Kulusevski and Rodrigo Bentancur in winter we must add the outstanding arrivals of Richarlison, Yves Bissouma and Ivan Perisic. His biggest success, however, is keeping Harry Kane and Heung-Min Son for another year. The Italian coach has the raw material to implement his fetish system, based on a defense of three with offensive lanes and a solid midfield, with a long range.

A little step behind, a priori, is Manchester United along with those who could be the two surprise contenders to break into the big six: West Ham and Aston Villa. While the Red Devils, waiting to prove the influence of Erik Ten Hag, seem to continue lurching without a clear strategy for future reconstruction and find themselves immersed in a crisis named Cristiano Ronaldo, West Ham, semi-finalist in the Europa League last Last season, he maintains the same block, retains the valued Declan Rice and incorporates the also desired Gianluca Scamacca.

Aston Villa, after two years of mighty investment, have imposed on themselves the need to improve on their performance from last season, in which they came out comfortably but got carried away in the end. Diego Carlos for the rear, Boubacar Kamara for the pivot and up Philippe Coutinho, signed after his loan last winter, round out a squad that should aim high. Newcastle have also made a strong bid to move up the hierarchy of British football, after being bought by a Saudi fund. Nick Pope, Sven Botman and Matt Targett, snatched from Aston Villa, this summer joined the third-best team in the Premier so far in 2022, based on average points per game.

Everton, Leeds United, Leicester City, Brighton, Wolverhampton, Crystal Palace or Southampton move in no man's land, due to the uncertainty of a disappointing season (for some more than for others, Brighton lived up to expectations, for example ) and a not very positive summer in terms of movements. Leicester City keep their block intact, which is a bad sign for a team with the potential to break into Europe that is seeing others pass them on the left; Wolves and Palace paid for the indifference of the mid-table; while Everton, Leeds and Southampton suffered excessively to certify salvation and have not made great improvements in this transfer market (rather to the contrary, Leeds lost Raphinha and Kalvin Phillips, key to permanence).

Some of them could be candidates to fall to the bottom of the table, from which Fulham, Bournemouth and Nottingham Forest start as newly promoted and in which Brentford should also be included, who enjoyed an outstanding thirteenth place with a squad devoid of big names (beyond Christian Eriksen, whom they have lost this summer), but who will hardly be able to repeat such a positive result. Fulham swept the Championship, being an offensive gale that exceeded the barrier of 100 goals, 43 of them the work of Aleksandar Mitrovic. They have incorporated good players, such as Joao Palhinha, Kevin Mbabu or Andreas Pereira, but they will continue to depend, for sure, on the luck of their striker in front of goal.

Also Nottingham Forest, who returned to the elite 23 years later, is being positively reinforced. He caught Jesse Lingard at United, Neco Williams at Liverpool, Omar Richards at Bayern, the promising Taiwo Awoniyi at Union Berlin or Orel Mangala at Stuttgart, among others. It will be more difficult for Bournemouth, who achieved direct promotion but has not yet announced any incorporation that predicts a rise in their competitive level in the Premier League, orbiting around the pieces with which they already descended two years ago.