How high should the European Central Bank (ECB) raise interest rates to bring inflation down to its stated target of 2%? Some specialists, such as Patrick Artus of the investment firm Natixis, peg it at something above 6%. 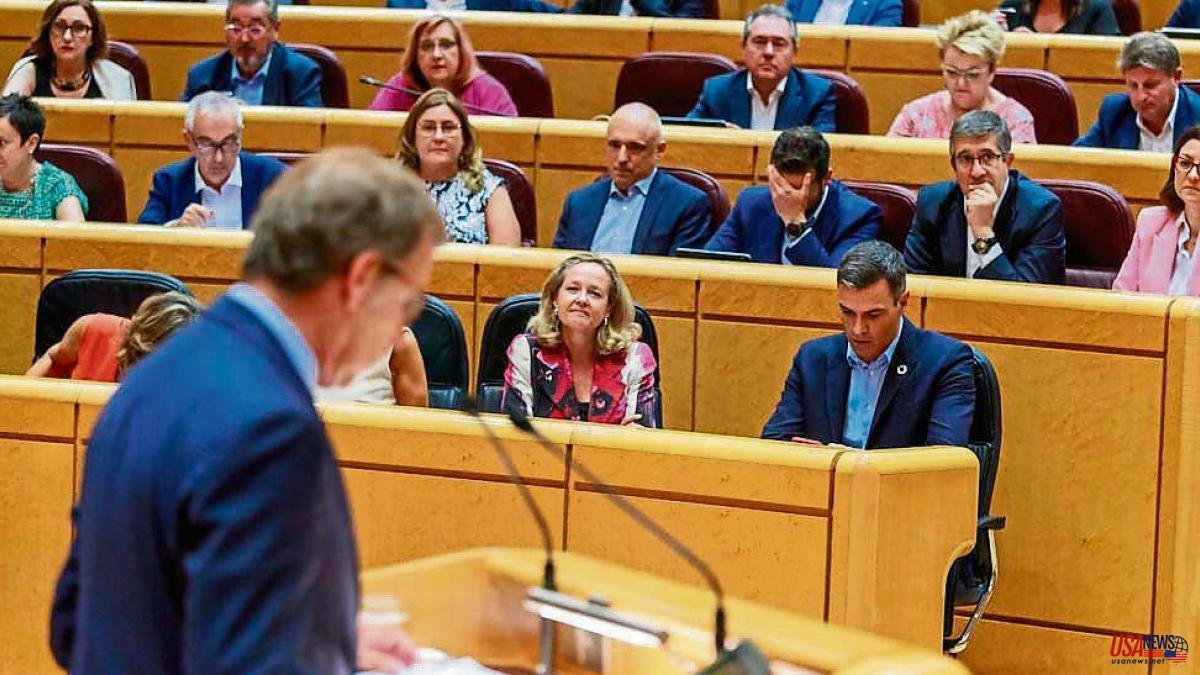 How high should the European Central Bank (ECB) raise interest rates to bring inflation down to its stated target of 2%? Some specialists, such as Patrick Artus of the investment firm Natixis, peg it at something above 6%. Let's remember, after the last increase agreed by the institution chaired by Chirstine Lagarde, this past week, the euro interest rates are at 1.25%. Two months ago they were at 0%. And the Euribor, the index that determines the installments of variable-rate mortgages, has jumped immediately above 2%. If the French specialist were right, this last reference could be seen in the environment of 10%. A real headache for families... and, of course, for creditor banks, now especially happy about the latest increases approved in Frankfurt. Also for companies, although the latter have other reference indicators, usually lower. A nightmare scenario.

The tragedy of the moment is that the ECB is raising interest rates at full speed to cool down the economy, just as the economy is headed for the freezer on its own. While Lagarde announced Thursday to the afflicted Europeans that the cost of money was making them more expensive, 0.75% more points, the ECB itself presented economic forecasts that were already overwhelmed by events.

It forecast next year's growth of just 0.9%, but on the assumption that Russia would still maintain a 20% gas supply to its Western European customers. But when Lagarde gave her press conference, Vladimir Putin had already completely turned off the pipeline tap a few weeks ago. This movement now forces us to change the screen and see as plausible the most negative scenario contemplated by the ECB: a drop in the economy of almost 1% in 2023. Something that would undoubtedly be more serious and profound than "the weeks" that predicted only two weeks ago the chief economist of the ECB, Philip Lane in statements to TVE.

The declared objective of the ECB council is to slow down the economy to kill inflation, because in its opinion, if it does not do so, the consequences would end up being much worse in the medium term, once price increases are not only runaway but assumed as inevitable and growing by society.

The problem is that while the accuracy or otherwise of their forecast is verified, citizens must live with rising prices and a falling economy. And in these scenarios, it is already known who bears the brunt: debtors, employees, consumers with difficulties to make ends meet and assume utility bills (now energy bills in the first place) and young people.

That explains the nervousness of the governments in power, who must use all kinds of resources to reach voters who care to cushion the negative effects of this new economic situation. Inflation in times of recession stimulates citizen discontent; Contrary to what happens in boom phases, when price increases encourage activity, they apparently increase profits and wages. A kind of champagne bubbles that animate social life. Now it is happening just the opposite. Rises in inflation are perceived as a worsening of living conditions, announcements of upcoming crises.

More so in the Spanish case, in which the majority of the population is suffering significant drops in their standard of living, their purchasing power. More than 4% this year, according to the OECD and despite the fact that many collective agreements already incorporate automatic revision clauses in the event that inflation exceeds the percentage agreed between companies and workers, as the president of the the CEOE, Antonio Garamendi. The consequence is that nervousness is beginning to spread in the social body. As the unions are beginning to express, in this case the last to do so has been the general secretary of the UGT, Pepe Álvarez, impatient to reach a general agreement on wage increases. Nervousness is beginning to take shape and curdle in society.

And that climate probably hovered over the debate in the Senate between the Prime Minister, Pedro Sánchez, and the head of the opposition, the president of the PP, Alberto Núñez Feijóo. Formally, an examination of the government's policies to deal with the energy crisis and its effects on citizens. In practice, a test of resistance for the two leaders in the face of the new period of geopolitical and social tension.

From the point of view of the person who has the most responsibility at the moment, President Sánchez, it was clear that the axis of his next course will be to emphasize the discourse of protection of the most disadvantaged, making use of the resources accumulated by those benefiting from the new situation , energy companies and banks, to the extent that the rise in interest rates benefits them. Feijóo, for his part, tried to limit himself to letting events wear down whoever is now in power. He failed to convey that he has an alternate plan. More so if one takes into account that the line of raising taxes on the energy sector is also being imposed in the rest of Europe (although it is true that in a different modality from the one announced by the Spanish Government).

The problem for Sánchez is that by appearing so rude, it is necessary to ask if he transmitted security and tranquility to his potential voters or confirmed them in the idea that things are very complicated. And Sánchez seems to opt for a semantic of harshness that can only generate more nervousness and force his partners to radicalize the speech.