What situation is Junts in after the fall of Borràs?

The last few months have been intense in Junts. 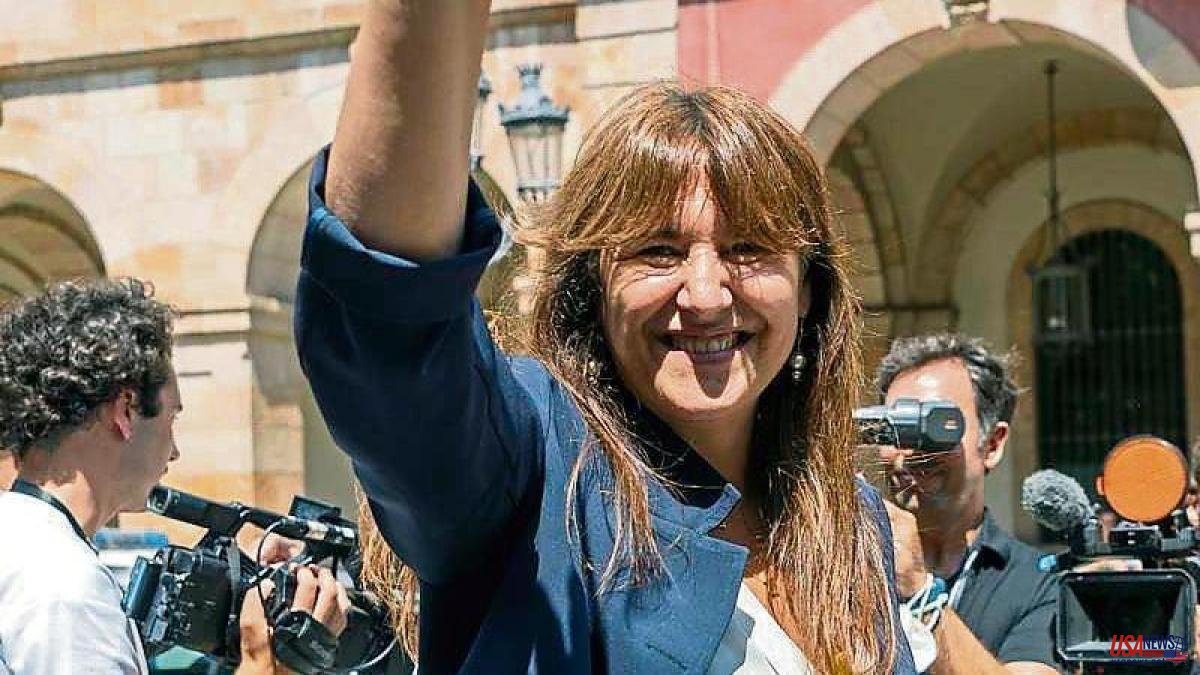 The last few months have been intense in Junts. The new president of the party, Laura Borràs, has been suspended as deputy and president of the Chamber due to her judicial situation. Before that, a conference was held to renew the direction and redefine the political course: Carles Puigdemont and Jordi Sànchez passed the baton to Borràs and Jordi Turull.

The management of the president with her suspension has not pleased all the leaders –some expressed it at the executive meeting–, but Turull has closed ranks at all times with Borràs and the official slogan is that he has “seamless” support . However, in the stagings on Thursday, it was also glimpsed that the support is not unanimous.

And now that? Prudence and let a few weeks go by, say senior government officials. No movements are expected for now, although the organization secretary, David Torrents, or former president Quim Torra – who is not a militant – demand consequences for Esquerra's position in the suspension and several local assemblies – which lost the votes in congress, two weeks ago– ask for a consultation about the permanence of JxCat in the Palau de la Generalitat. "Go out for what?" Replies a senior official.

In the congress it was already clear that the situation of Borràs was not a reason to break the coalition, and Turull, in addition to confirming that they would not open the melon of the substitution in the presidency of the Chamber, which could cause a new pulse between families, left clear in his speech after the suspension that despite the "difficulties" and "personal and political disappointments", it is necessary "not to fan the flame of division among independentistas" and not to be mistaken for "adversary". An expression, despite all the anger, that lowers the decibels.

With this panorama, it is not surprising that "vacation" has been one of the words of the week. Not only because the Parliament has finished the period of sessions and entered a phase of lethargy for a few days. This time the break is seen as necessary and as a possible remedy for some of the issues that are on the table and that will have to be addressed later, including that of Borràs. It will be necessary to see if some formula is finally proposed so that Junts, and not ERC, has the reins of the institution.

With everything, the calendar rules and the municipal elections of May 2023 are the first flying goal of the next electoral cycle, we will have to start preparing them after the time off.

The general policy debate will be held in the Parlament to open the course and there it will be possible to analyze the health of the Government coalition, since in Junts, as Albert Batet said in the last control session with President Pere Aragonès, they hope there will be reflection of the independence movement as a whole. The formation will carry proposals to try that on the fifth anniversary of 1-O there is a change of elevation in the sovereignty movement and try to "take action". ERC exhibits the achievements of the dialogue table, but its partner does not appreciate progress in achieving the two agreed objectives, amnesty and self-determination. Therefore, they expect some concession from the Republicans.

By then, in addition, the audit carried out by Josep Rius, vice president and spokesperson, and the councilor Victòria Alsina on the pact with ERC, which will give clues as to where the shots are going, will be ready.

The truth is that the situation requires balance and measure. In congress there was a unitary candidacy with a 50% distribution of power between the two leaders, but the hidden struggle between the two sensitivities that coexist in JxCat ended up coming to the surface, despite the unitary slogans that came from above. In Argelers there were votes of punishment for some people, and in La Farga de l'Hospitalet de Llorbegat the organization secretary proposed by Borràs lost powers in favor of David Saldoni, Turull's right-hand man and deputy. In the fight, which was tried to avoid until the last moment, the institutional sector showed much more capacity for mobilization than the noisiest wing.

In the congressional process, the former Minister of the Presidency gained momentum, freedom was imposed in the policy of pacts requested by local leaders and it was clear that the departure of Junts from the Government was not a priority nor was it on the immediate horizon, although it could be recovered once the case. But the consequences of all this cannot be measured in the short term and if, as the Christian saying goes, God's times are not of this world, sometimes those of politics are not either. In addition, despite the ability to impose positions, the attitude has been rather to reconcile and compact instead of weakening the formation with impositions.

To make matters worse, the situation after the congress has been one of permanent crisis, due to Borràs and one of its derivatives: the case of Francesc de Dalmases and his row with a journalist from FAQS, confirmed by two reports.