What is the use of bombing Kyiv?

Russian bombardments of Kyiv and other Ukrainian cities have been a more or less regular occurrence since the war began. 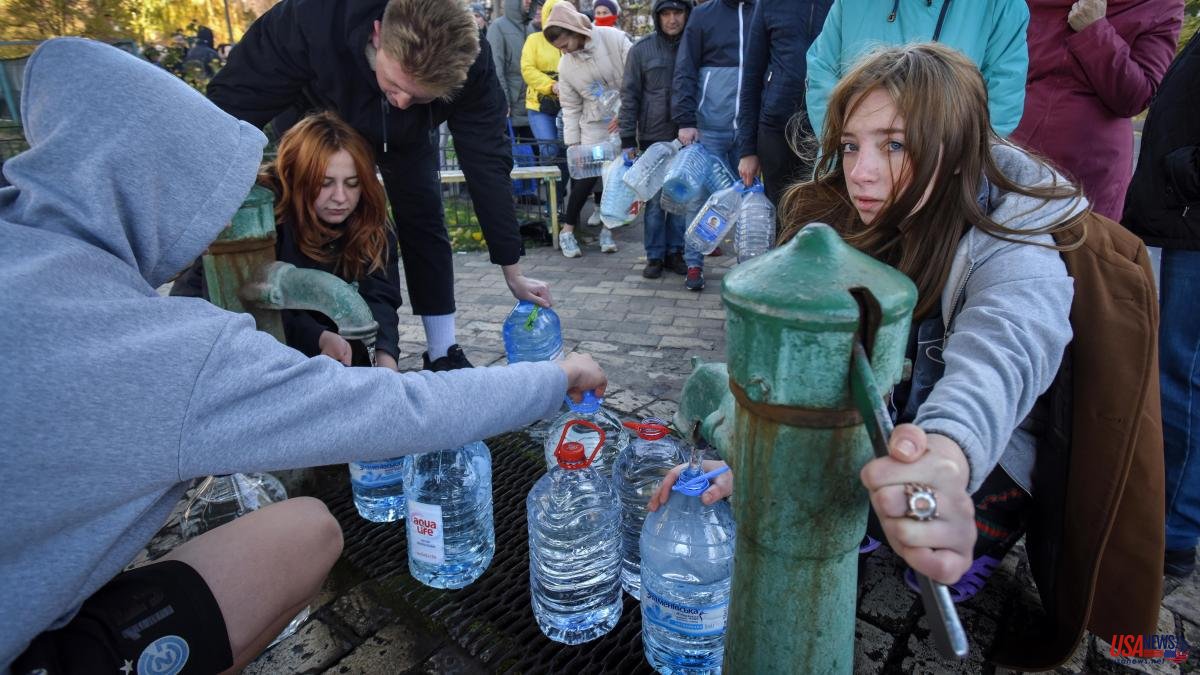 Russian bombardments of Kyiv and other Ukrainian cities have been a more or less regular occurrence since the war began. In this conflict, as has been the case ever since this resource was used against the civilian population, the military commanders intend to weaken, by blowing planes, missiles or drones, the morale and resistance capacity of the Ukrainian rearguard, consequently forcing political changes. leading to surrender or concessions. The problem is that this strategy has not worked for nine decades.

The latest installment of Russian bombing, just yesterday, has been directed against basic infrastructure, energy and water, both in the capital and in other areas. In previous weeks, President Zelensky had already calculated that the destruction caused by the Kremlin's bombs had already reached 30% of power plants. The purpose of this strategy would be to worsen the living conditions of the Ukrainians in order to erode the morale of the population. But, for now it does not seem that this has suffered, although it will be necessary to see how the country faces the winter test.

On other occasions, since the beginning of the war, the objective of the attacks has been residential buildings and civil facilities, with the consequent loss of life. The destruction of the Kramatorsk station (59 dead) or a Mariupol hospital, both in April, and the missile launched against the Kremenchuk shopping center in June (20 dead), are just a few examples. The most recent, the Iranian drone attack also on Kyiv a few weeks ago in response to the Ukrainian operation on the Crimean bridge. But neither have these bombings caused a significant change in the dynamics of the conflict.

The idea on which aerial operations against the civilian population are based was theorized in the first decades of the last century by the Italian general Giulio Douhet. In this regard, Douhet wrote that "in order to achieve victory, an aerial bombardment that forces the evacuation of some cities of several hundred thousand inhabitants will be more important than a (conventional) battle."

This doctrine was extensively tested during the Civil War, World War II and subsequent armed clashes, but its effectiveness has never been conclusively demonstrated. Regarding the Spanish conflict and despite its terrible effects, the bombings of Gernika, Madrid or Barcelona cannot be considered decisive. The historian Joan Villarroya, who has studied the latter, points out that “if the aim of the bombings is to break the resistance, it is not usually like that”. In the case of Barcelona, ​​the population resisted “simply because they had no alternative, they had nowhere physically to go”, but, in any case, there was no uprising that sought to provoke surrender.

Richard Overy, one of the most important scholars of bombing in World War II, agrees that the main objective of these operations is not usually achieved. In the case of the attacks on the United Kingdom, the objective was “British trade, transport, ports and the supply of oil and food, with the idea of ​​​​forcing the Government to end the war. Yet in the course of the campaign thousands of civilians were killed." The historian explains to La Vanguardia that "there was no social crisis because the scale of the bombing was actually small, but also because the authorities made great efforts to provide shelter and welfare, and to restore services."

The result is that, far from being eroded, the Government came out stronger, with approval rates for its management that rose to 90%. The post-war Churchillian epic definitely heightened the spirit of British resistance.

But neither did the devastating Anglo-British air raids on German soil cause a German surrender, and the Japanese only capitulated after Hiroshima and Nagasaki, although they did not do so as a result of the terrible attack a few months earlier on Tokyo, which had caused 100,000 deaths. However, journalist Mark Fisher wrote in The New York Times that the overall Allied victory might have led to the illusion that the bombings had been decisive. This would explain why the military doctrine initiated by Douhet was followed to the letter later.

But the poor results were also inexorably repeated. The bombings by US aircraft in the Korean wars and, above all, in the Vietnam war, showed that, despite the massive use of this weaponry, the balance was not what was expected. Military analyzes in the years after this last war admitted that thinking that the North Vietnamese were going to lay down their arms as a result of air strikes "had been a colossal error in judgment." In reality, the bombs had become a factor of social cohesion against the foreign enemy.

This effect follows a pattern that has been confirmed by various investigations. In the case of the Palestinian conflict, for example, some studies have confirmed that the moments of attacks by launching rockets have resulted, in the most exposed areas of Israel, in an increase in social cohesion and an increase in electoral preferences. by the right-wing political forces, in principle more prone to the use of force.

If the effectiveness of the use of bombs and missiles is more than doubtful, why do armies continue to use them? “In the first place because, at all times, it is believed that where others have failed, success is possible, be it due to technological advances or strategic innovations”, explains Joan Villarroya. The historian adds that, “on the other hand, with aerial means – and now much more so with drones – the attackers risk far fewer lives than with other alternatives, so the decision to carry out bombing is comparatively easier”.

Regarding the case of Ukraine, Richard Overy believes that this country needs Western help to have the anti-aircraft defenses that the United Kingdom had in 1940. Even taking into account this competitive advantage of the British, the response of its population to the bombings "It has been one of the great revelations of war in the last 80 years." A revelation that, as has been seen, has not always been taken into account.

Incidentally, General Douhet, who never had a pilot's license, did not see his doctrine fully operational. He died peacefully while tending roses in his garden in 1930.