What is the origin of the most resilient bougainvillea in Barcelona?

A wonderful bougainvillea has for years become a hallmark of the mountain-Besòs de Còrsega corner at its confluence with Rambla de Catalunya, breaking the monotony of the Eixample corners. 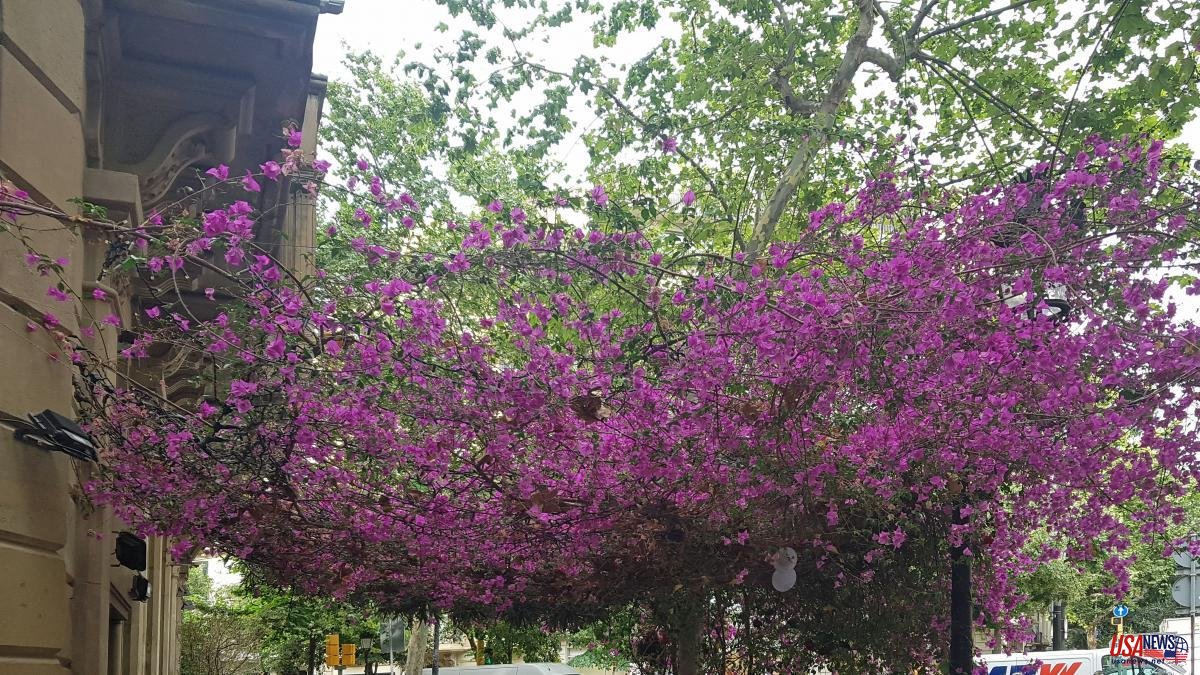 A wonderful bougainvillea has for years become a hallmark of the mountain-Besòs de Còrsega corner at its confluence with Rambla de Catalunya, breaking the monotony of the Eixample corners. The plant has a curious history that makes it a resilient bougainvillea. Soon, a collection of signatures will begin so that the City Council protects it and thus guarantees its survival.

The history of the bougainvillea begins 17 years ago, when Maria Ponsà, owner of the hundred-year-old flower shop of the same name, decided to plant the last specimen of a lot that she had for sale in the tree pit in front of her establishment. That last bougainvillea was beginning to wilt, and before throwing it away, she decided to plant it. And the bougainvillea grew and grew, climbed and climbed and overcame the habitat of the tree to make the jump to the front of the building, so that it forms a kind of colorful porch that some neighbors call the tunnel of happiness.

The problems began in 2018, when Maria Ponsà received a municipal request to correct some exterior elements of her business, which included the removal of the bougainvillea for illegal occupation of the airspace. Thus, a battle began for the conservation of the plant that included a collection of signatures. The mobilization achieved its objective and to this day the bougainvillea continues to give personality to this corner of the city.

Now, Maria Ponsà is going to launch a new collection of signatures, on this occasion so that the Consistory recognizes the unique and patrimonial value of the bougainvillea and thus guarantees its protection and conservation. A web page has already been opened and Maria is convinced that she will manage to collect enough signatures again.

Maria Ponsà recalls that her florist is over 100 years old and is the oldest in Spain. She was founded by her great aunt. Initially it was in calle València, but in the 1930s it moved to its current location. She is the fourth generation and her dream is that the bougainvillea lasts and even survives the family saga.