What is the electoral behavior of young Valencians?

In the last regional elections in the Valencian Community there were 164,789 new voters with the right to vote. 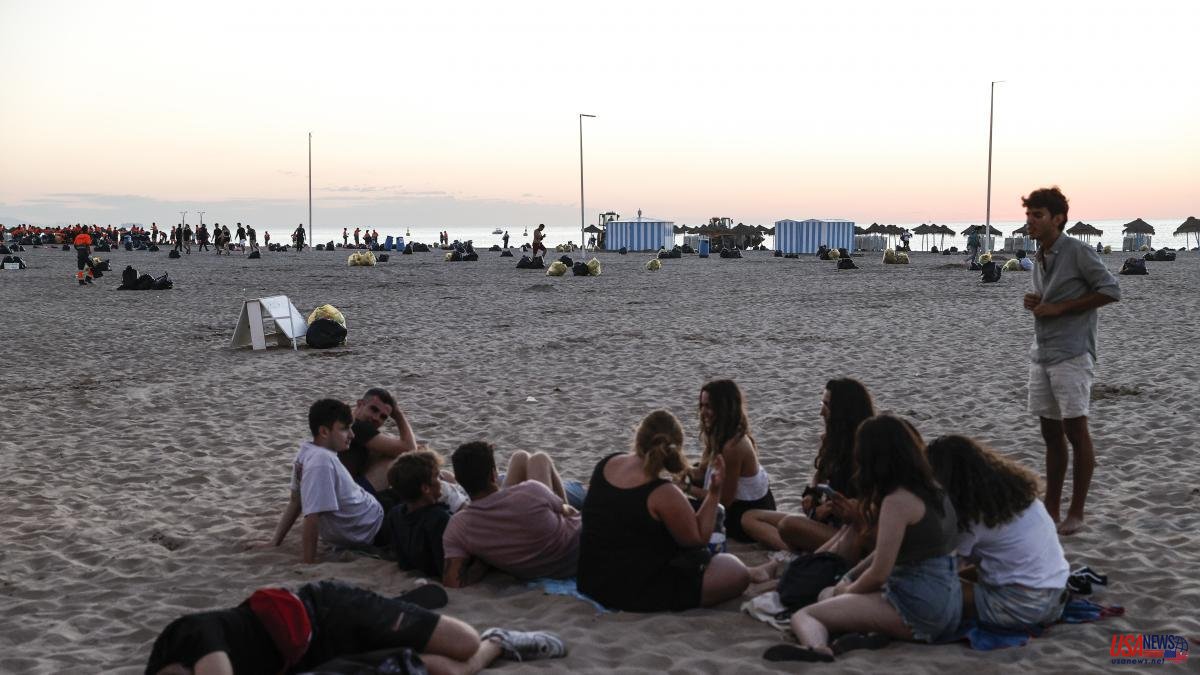 In the last regional elections in the Valencian Community there were 164,789 new voters with the right to vote. Young people who in 2015 were not of legal age and who during the four years of the legislature reached it and were able, for the first time, to go to the polls. They are not an exaggeratedly high percentage, but in an election that is presumed to be very even, the parties cannot neglect any niche of voters.

For this reason, the candidates and aspirants for deputies try to get closer to an electorate that, as a general rule, is more distrustful of politics and when they approach it, they do so quite differently from their parents and grandparents. In fact, according to the CIS post-election survey that analyzed the 2019 Valencian elections, 34.6% of young people between the ages of 18 and 24 followed “political and electoral information” every or almost every day through social networks. and Internet. On the contrary, only 3.3% did so, with the same frequency, on the radio, and 5.6% reported it through newspapers. Of course, television was still the other great medium through which young people followed the campaign.

A change in the consumption of information that forces the parties to lavish themselves on the networks and on the different platforms to reach this age group.

But, what is the electoral behavior of the youngest Valencians? The first thing that stands out is that 37.6% say that "according to what is most convincing to them at that moment, they vote for one party or another, or they do not vote" and only 3.7% always vote for the same party . It must be taken into account that many of them are going to the polls for the first time and cannot have the loyalty of the older ones.

And once at the electoral college, what happens? Although the CIS survey is still a post-hoc survey to try to explain what happened on election day and the results of what people say they voted for do not exactly match what was actually voted for, it does give some clues about that electoral behavior when analyzing the data according to the different age groups.

Thus, young people between 18 and 24 years old were the age group that voted the most in white (a sign of their discontent with the political class). 11.2% claim to have voted blank, more than double that of any other segment of the population.

Although the Socialists seem to have been the party with the most votes also in this age group, the truth is that the distance was less with respect to the rest of the parties than in the rest of the ages. In fact, it is from 55 where the brand of the fist and the rose seems to achieve its best results.

In addition, the survey also reveals that a large part of the young people claimed to have voted for Ciudadanos. In fact, among young people the orange formation was preferred over the PP. It was the preferred choice among conservative voters. A circumstance that adds even more uncertainty since it does not seem that this party is going to maintain the electoral pull four years later and many are waiting to get a cut.

It is also noteworthy that Compromís works better in other age groups (excepting those 65 and over) than in those 18 to 24. Nor is this the group of voters that is best given to the extreme right or to Unides Podem, although it should be noted that many Vox voters hide having voted for him because what they got in the elections does not match what the survey says.

For this reason, it seems interesting to enter into the analysis of other questions where more sincerity is assumed from the respondents.

In fact, when asked if they consider themselves to be on the left or the right, young people between the ages of 18 and 25 rank 5 on the scale that goes from 1 left to 10 right and are the most conservative age group. The Valencian average is 4.7.

Likewise, when asked about the subject that according to them should be the main occupation of the Valencian Government, they answer that education (almost 4 out of 10), very followed by job creation (36%).

Finally, with respect to territorial organization, almost 42% bet on the current autonomous state, although there is 15% who would prefer a single government without autonomies. 62% feel as Valencian as Spanish, while one in five only considers themselves Spanish. Only 1.7% of young people between the ages of 18 and 24 surveyed feel uniquely Valencian.

Some data that helps to make a small x-ray of those voters who will join the electoral process next spring.