What is a 'dirty' bomb and why is Russia talking about it?

As part of its latest move on the Ukraine board, Russia has taken the ghost of the dirty bomb out for a walk, a weapon that, although it has never been used, generates great alarm among the population because it is made up of radioactive elements. 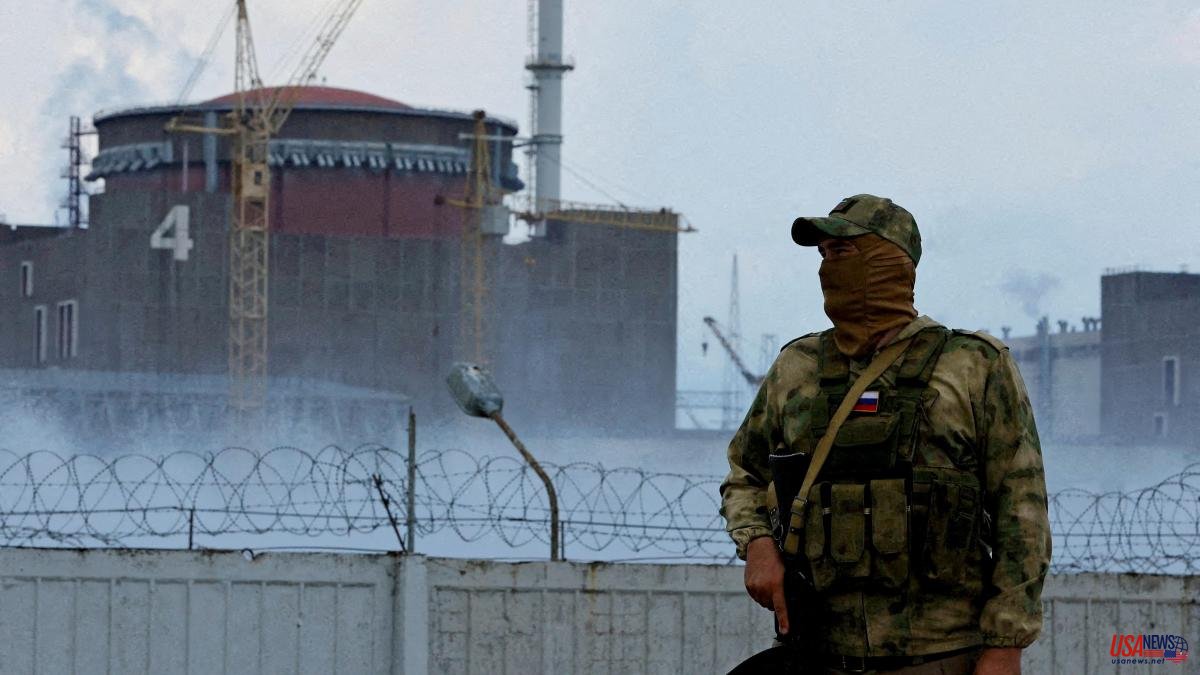 As part of its latest move on the Ukraine board, Russia has taken the ghost of the dirty bomb out for a walk, a weapon that, although it has never been used, generates great alarm among the population because it is made up of radioactive elements. It has long been feared that terrorist groups will resort to this type of bomb because its main objective, rather than cause destruction, is to sow panic and anxiety by throwing radioactive dust and smoke into the atmosphere. Now Moscow accuses Kyiv of planning to use it on Ukrainian territory, something Ukraine has vehemently denied.

Here are the keys to understanding how a "dirty bomb" works and why Russia has decided to play this card:

Russia has been repeating the same warning since last Sunday: Ukraine is ready to drop a dirty bomb on Ukrainian territory. After months of little communication between Moscow and the West, the Kremlin was suddenly in a hurry to call Kyiv's main allies to send them the alleged threat, the same one that it will repeat today in the UN Security Council. In response, the three NATO nuclear powers - the United States, Great Britain and France - considered the accusation as a pretext for Russia to escalate the war, since such an attack would give Moscow the excuse to respond with a nuclear weapon. .

However, analysts at the US Institute for the Study of War rule out that Russia is planning a false flag attack but rather that it is trying to stop Western military aid to Ukraine.

Technically known as a radiological dispersion device, the dirty bomb is a conventional explosive, such as dynamite, enriched with radioactive material that spreads when the explosive explodes, following a doctrine of use similar to that of chemical weapons.

They are much easier and cheaper to build than a nuclear device and also much less dangerous. The material used in the bomb can be obtained from radioactive sources used in hospitals, nuclear power plants or research laboratories. "A dirty bomb is very simple to make," says Scott Roecker, vice president of the nuclear material security program at The Nuclear Threat Initiative, a nonprofit organization based in Washington. "It's a crude device," he adds to the AP agency.

Despite containing radioactive elements, dirty bombs are not atomic weapons, which require a complex nuclear fusion reaction, and their range and the damage they can cause is only a tiny fraction of what atomic weapons are capable of. The amount of radioactive material dispersed, while dangerous, is not necessarily lethal. However, the radioactive element can generate contamination in the affected area - especially if there is wind - which amplifies the effects of an attack with conventional weapons.

In any case, the dispersion caused by the explosive generates a "dilution" effect of the contaminant in the environment, drastically reducing the radioactive dose that potential victims would suffer. For this reason, beyond its possible destructive effects, experts point out that its main capacity is to generate alarm among the population.

The main hazard from a dirty bomb is from the explosion, not from radiation, which can cause serious injury and property damage. Only people in close proximity to the explosion site would be exposed to amounts of radiation sufficient to cause immediate serious illness.

Their main impact is psychological, which is why these devices are often called "weapons of mass disruption." Dirty bombs are not intended for use on the battlefield, but rather for deployment in urban areas, according to Roecker. "They are more of a psychological weapon. They would be used to scare and intimidate people," he says.

Radioactive dust and fumes can spread over greater distances, and can be dangerous to health if people breathe the dust, eat contaminated food, or drink contaminated water. But as radioactive material spreads through the atmosphere, it becomes less concentrated and less harmful.

The key factors in radiation exposure are what type of radiation it is, how long someone was exposed to it, and whether the radiation was absorbed through the skin, inhaled, or consumed orally. People may not know if they have been exposed because radiation cannot be seen, smelled, or tasted, and specialized equipment is required to detect radiation. The best way to protect yourself in the event of a dirty bomb going off is to take shelter in a building, away from doors and windows, and stay inside. In the aftermath of an attack, contaminated homes, businesses and utilities could be off limits for months, requiring a costly cleanup operation.

Although no dirty bomb attack has ever been recorded, two failed attempts to detonate such a device were reported more than two decades ago in Russia's southern province of Chechnya. In November 1995, the Chechen leader Shamil Basayev announced that a radioactive container was in the Moscow park of Izmailovo. In the container there was Cesium-137, which had been extracted from cancer treatment equipment, and its radiation level exceeded a hundred times the norm, although the Russian authorities ruled out that it could seriously endanger people's health. And in 1998, the Chechen intelligence service found and defused another dirty bomb that had been planted near a railway in this province.

Currently, no army in the world includes dirty bombs among its weapons due to their low effectiveness and their complex handling, according to a study published in 2021 by the Spanish Institute for Strategic Studies (IEEE) of the Spanish Ministry of Defense. In the Korean War (1950-1953) the US considered and discarded its use. And, according to UN scientists, Iraq would have rehearsed in 1987 the explosion of a radiological bomb, dismissed due to low lethality.

The IEEE specifies that only some terrorist groups, mainly radical Islamists and US supremacists, consider its possible use. In fact, two members of Al Qaeda were arrested in Chicago and London, in 2002 and 2004, respectively, with plans to use it, but had not yet made it.

In 2004, the International Atomic Energy Agency (IAEA) denounced that "in almost all countries" there is material to create a dirty bomb and assured that more than a hundred countries had "inadequate" control and management programs to "avoid and detect theft of radioactive materials". Following Moscow's accusations, IAEA inspectors will again travel to Ukraine to monitor two nuclear facilities. For now, the UN nuclear agency says that in its last mission a month ago, it saw no indication of diversion of nuclear material or undeclared Ukrainian activities.