What inspired Domènech i Montaner for the Castell dels Tres Dragons café?

The building of the Castell dels Tres Dragons, in Ciutadella, was conceived by Lluís Domènech i Montaner as a café-restaurant for the 1888 Universal Exhibition. 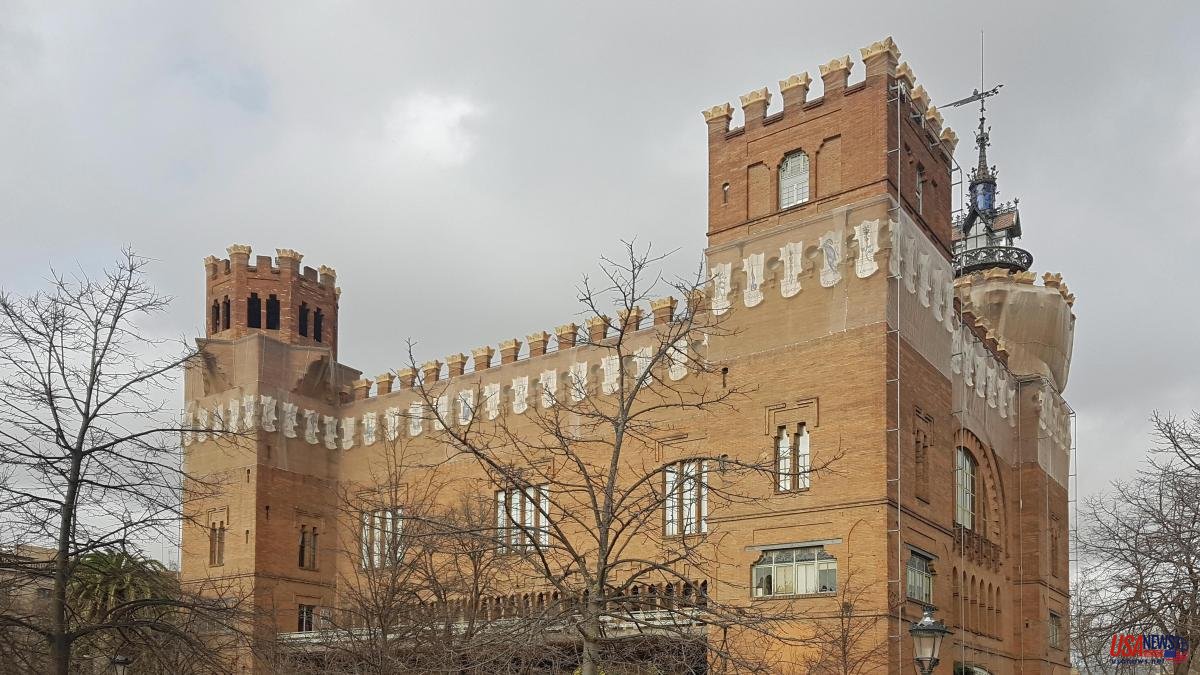 The building of the Castell dels Tres Dragons, in Ciutadella, was conceived by Lluís Domènech i Montaner as a café-restaurant for the 1888 Universal Exhibition. For the café room, the architect was inspired by a 12th-century synagogue in Toledo, a temple known today as Santa María la Blanca. Thus, the capitals and columns arranged in two rows are replicas of those found in this Toledo monument.

The former café-restaurant was built between 1887 and 1888 for the Exposition. Opposite it stood the now disappeared Palace of Fine Arts and it is located in one of the corners of the park, at the end of Paseo Lluís Companys. Domènech i Montaner designed a building in which he combined different styles. Among them, the Mudejar, materialized in the columns and capitals of the café that reproduce those of the aforementioned Toledo synagogue.

The ancient Jewish temple was built in 1180 by Muslim architects and stonemasons. It served as a synagogue for more than two centuries, until 1391, when it was expropriated as a result of the anti-Jewish revolt of that year.

There are 32 columns and pillars that inspired Domènech i Montaner. The pillars are made of brick covered with cement and lime. After the expropriation, the building was ceded to the Order of Calatrava, which converted it into the church of Santa María la Blanca. It was also a warehouse and barracks. In the mid-nineteenth century, it was declared a national monument, and after the civil war it was ceded to the Catholic Church. Today it is a museum.

The Castell dels Tres Dragons was abandoned for years after the Universal Exhibition, until it was reopened in 1892 as a history museum. In 1920 it became the Museu de Zoologia and in 2010 its collection was transferred to the Museu de Ciències Naturals de Barcelona, ​​in the blue triangular building of the Fòrum. Today, the old cafe-restaurant is being restored.